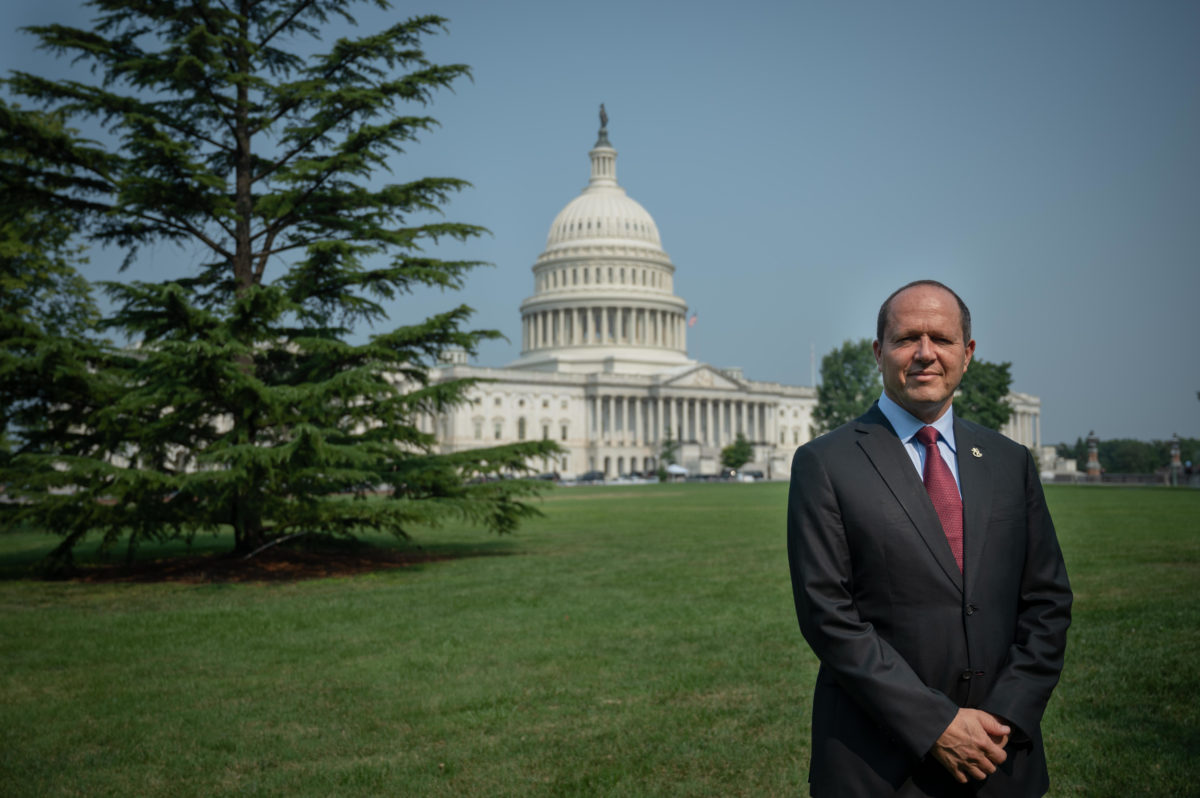 Israeli MK Nir Barkat, a member of the Likud party with aspirations for party leadership, referred to Israel’s new coalition government as an ineffectual “interim government” in an interview with Jewish Insider on Tuesday.

“They have no vision. They have no ideology. They have a mutual veto between the left and the right,” Barkat, the former mayor of Jerusalem, said of the new Naftali Bennett-led government. “And they agree to only do things that are not controversial. Therefore they can’t really make any bold moves. They start legislation and never finish a lot of it,” Barkat explained. “Nobody expects anything from them.”

Barkat predicted that Likud will “return [to lead the government] probably quicker than people think.”

The former Jerusalem mayor spoke to JI while visiting Capitol Hill on Tuesday to push back on Biden administration efforts to reopen the shuttered East Jerusalem consulate, which previously functioned as a hub for U.S.-Palestinian relations.

Barkat met with eight lawmakers — split between parties — on Monday and Tuesday to discuss what he said was Israeli opposition to the consulate. He would not name the legislators with whom he met. Israeli opponents argue that a consulate serving Palestinians in Jerusalem would undermine the goal of a united Jerusalem as the undisputed capital of Israel.

“I’ve been conveying my views and the understanding of the Israeli public — 75% of the public in Israel does not support such a move,” Barkat said, citing a poll that showed that 72% of Israelis oppose a U.S. consulate in Jerusalem for Palestinians.

Barkat did not meet with any of the nine Democratic senators who wrote a letter to President Joe Biden in support of reopening the consulate.

Barkat emphasized that no new diplomatic missions to the Palestinians have been opened in Jerusalem since Israel achieved statehood — although several nations have preexisting Palestinian missions in the city that predate 1948. Former President Donald Trump shuttered the consulate in 2019 after moving the U.S. embassy from Tel Aviv to Jerusalem.

Barkat worries that reopening the consulate would spark a wave of attempts by European countries to open similar missions in Jerusalem. The MK added that the U.S. and other nations should open diplomatic missions inside the Palestinian territories, such as in Ramallah, if they want to serve the Palestinians.

Barkat said he emphasized to U.S. lawmakers that “this is not a time for a partisan move against the Israeli public opinion.”

“I think we need to focus on bipartisan issues, and shy away from [a] partisan one-sided move,” Barkat said.

In addition to his diplomatic efforts in the U.S., Barkat is pursuing legislation in the Knesset to block any foreign government from opening a mission to the Palestinians in Jerusalem.

“It’s similar to if there’s a lawsuit against something, you just wait for the courts to decide. You don’t want to sneak a decision knowing that there’s a legal procedure… happening in Israel,” Barkat said.

Barkat, a member of the Likud party which is now in the minority in the Knesset for the first time in over a decade, delivered a pessimistic report on the new government’s first weeks in office.

“We realize that sometimes sitting in the opposition sharpens your thinking. We work as a group,” he said. “We were able to derail a number of government decisions that could not pass in the parliament without a majority.”

Looking to the future, Barkat made clear his aspirations to lead Likud, but said he doesn’t plan to challenge longtime party leader and former Prime Minister Benjamin Netanyahu directly.

“When Netanyahu… [decides] to resign, I will be there to compete for the leading role in Likud,” Barkat said. “We are a democracy, and Netanyahu was elected to be the head of the party, and I respect that.”

Barkat indicated he would not have handled the recent conflicts in Jerusalem — over issues like evictions and access to the Temple Mount — differently than the city’s current mayor, emphasizing that the evictions are the purview of Jerusalem’s court system, meaning politics “are totally irrelevant.”