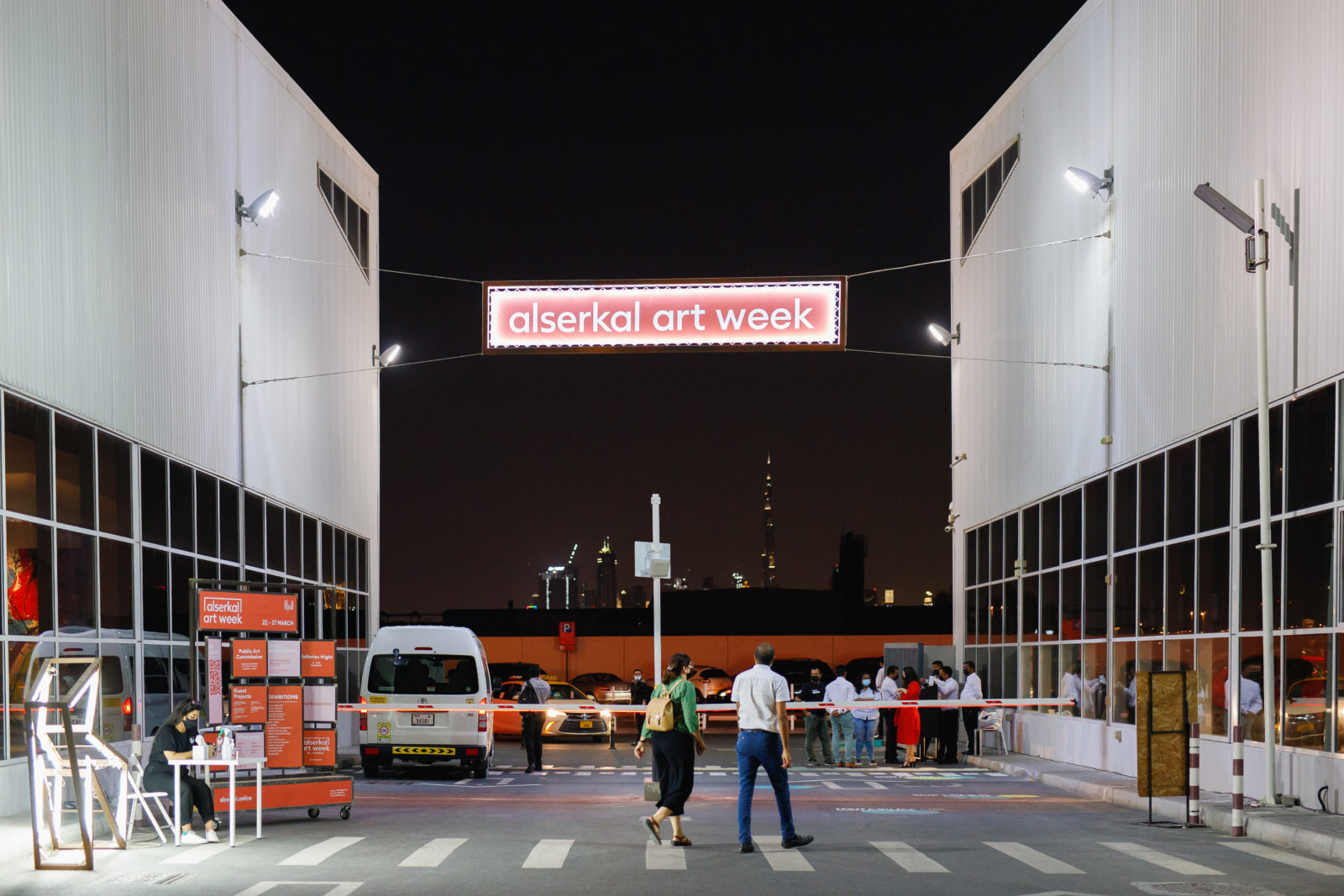 Alserkal Avenue, the Dubai arts district with a multicultural vision

The Arab world’s leading arts hub kicks off its 2022 Art Week with a diverse, cutting-edge lineup of events

That’s Alserkal Avenue in Dubai, the cultural capital of the United Arab Emirates.

The arts and culture district, established in 2008 by Emirati businessman and cultural patron Abdelmonem Bin Eisa Alserkal, is tucked away inside the dusty environs of Dubai’s Al Quoz industrial district. Alserkal’s desire was to cultivate a vibrant creative community and support cultural production in Dubai, and this week’s Alserkal Art Week exemplifies such aims.

In recent years, Alserkal Avenue, which was home to only a handful of art galleries and hardly known in 2009 — not even by the city’s taxi drivers — has expanded into a community including over 70 contemporary art galleries, visual and performing arts organizations, designers, homegrown and entrepreneur-led businesses.

“It is never easy to be the ‘first’ or a pioneer, because there is no model or playbook you can follow,” Vilma Jurkute, executive director of Alserkal and its various initiatives, told The Circuit.

“I take comfort in advice someone once gave me — ‘don’t be afraid of uncertainty, it means you are innovating,’” she added. “To be honest, when we started, I feel like the West didn’t know what to do with us because we didn’t fit any of their ‘boxes,’ in terms of art paradigms. We began as an arts neighborhood in the Al Quoz industrial area, then through Alserkal Avenue’s expansion in 2016 we extended our platform to welcome a curated community of entrepreneurs across various industries, acting as a building block for the creative economy locally.”

To that end, last April Alserkal Avenue launched Alserkal Advisory, an independent and privately owned arts consultancy practice that aims to “consciously reimagine cultural destinations and public programs that connect with and inspire communities,” according to its website. Jurkute will lead the agency.

The Art Week, which kicked off on March 3 and runs until March 13, features a lineup of exhibitions, talks and events by more than 20 of the region’s leading spaces and arts institutions.

Of note is “A Slightly Curving Place,” an exhibition curated by Nida Ghouse that presents the first ambisonic, or three-dimensional, surround-sound installation staged by Alserkal Arts Foundation at Concrete, Alserkal Avenue’s sleek multidisciplinary exhibition venue designed by the Office for Metropolitan Architecture (OMA). The exhibition, based on the practice of acoustic archeologist and sound technician Umashankar Manthravadi, rethinks curatorial practice — pushing the boundaries of what an exhibition can do – while remaining sensitive to critical debates that call into question the role of new technologies.

A public program in conjunction with the show, held on March 5 and titled “Coming to Know,” was staged by Ghouse and Brooke Holmes, a professor of classics at Princeton University; it offered collaborators the opportunity to convene in public discourse, emphasizing the multicultural and forward-thinking mission of Alserkal Avenue.

“We aim to experiment with other ways of forming communities around a shared attention to a premodern past,” Holmes and Ghouse told The Circuit. “’To come to know’ something speaks to the desire that brings a subject to a place where they might learn, as well as to the promise of a form of recognition that transforms one’s relationship with what seems other, foreign and distant.”

“In proposing listening as a modality for approaching the past, we set aside the predominantly visual techniques of knowledge that are characteristic of archaeological research, museology and the larger project of colonial modernity to possess the past, especially a premodern past deemed classical or ancient, as an object of timeless value capable of legitimating the present,” they added.

The exhibition and seminar, the two suggested, is an attempt at connecting our present, past and the rapidly rising and evolving current culture of new technology.

“Alserkal Avenue is a vibrant space and a catalyst to build cultural connectivity between East, West and the Far East with a forward-thinking outlook,” Durjoy Rahman, a Bangladeshi entrepreneur and art philanthropist told The Circuit. Rahman founded the Durjoy Bangladesh Foundation (DBF), which promotes South Asian artists and perspectives to an international audience. The foundation sponsored the “Coming to Know” seminar.

Alserkal Avenue’s cosmopolitan makeup is drawing art professionals from all over the world. Prominent Indian contemporary art gallery Volte Art Projects opened in September 2021. After running the gallery for 14 years in Mumbai, Tushar Jiwarajka, a former financier, decided to open in Dubai.

“Dubai is moving from being more region-focused to more international,” Jiwarajka told The Circuit. “As more and more people move here from around the world, the arts scene here is finding itself moving alongside the trajectory of major art cities around the world. This is an exciting time to be part of the Dubai arts scene, and we look forward to growing alongside it.”

Volte Art Projects is currently presenting “The Guernica Project” (through April 16) by multidisciplinary Indian artist and storyteller Rahgava KK. The exhibition features his 2021 work, “Guernica for the Siri-ocene,” a monumental 3.5 x 8 meter-long (11.5 feet by 26 feet) painting that invites spectators to immerse themselves in the world that it creates. It is part of “The Guernica Project,” a growing series comprising paintings, digital prints and a large selection of NFTs that explores the digital and physical realms, inspired by a dance of references reverting back to Pablo Picasso’s acclaimed 1937 anti-war painting “Guernica” as well as Raghava’s own work.

The show is one of several being staged at Alserkal Avenue this week, many of which merge the worlds of physical art with the rapidly expanding digital realm, all encased within Alserkal Avenue’s multicultural vision.

“Alserkal has grown to become a blueprint for the region, with Alserkal Avenue at the epicenter of the UAE arts scene, housing the most prominent art galleries and institutions featuring both homegrown and international artist rosters,” said Jurkute.

“As the art scene continues to mature, our artistic community here is also evolving and growing,” she added. “We continue to highlight our pioneer galleries while we also welcome new initiatives and artist rosters by new galleries on the block, such as Firetti Contemporary, Zawyeh and Volte Art Projects, all of whom joined Alserkal in the last few years. Collectively they will contribute through their ambitious programs, further strengthening the arts ecosystem at large.”