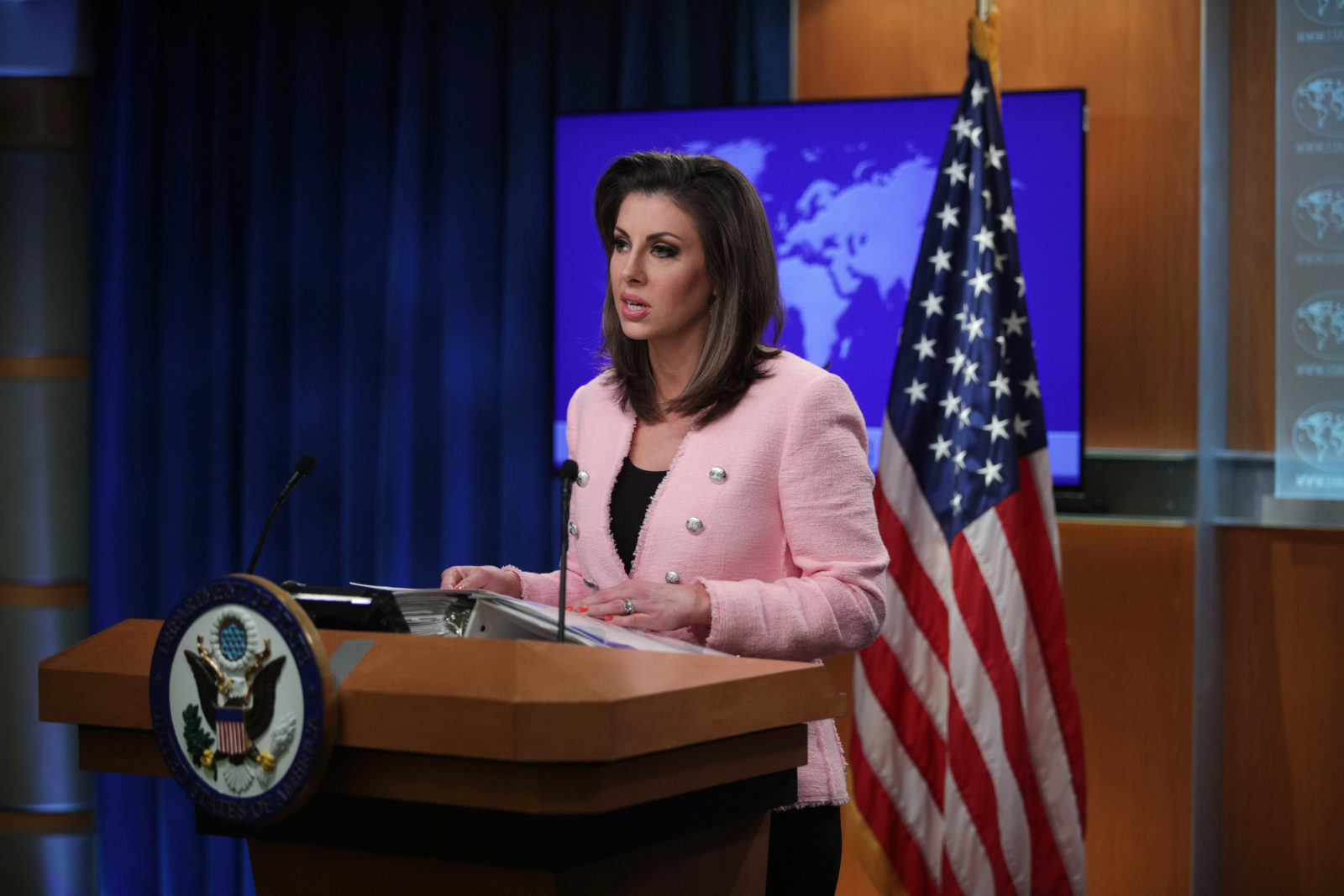 Morgan Ortagus brings foreign policy to the ballot in Nashville

Just over a year ago, Morgan Ortagus was the voice of former President Donald Trump’s foreign policy. As the State Department’s top spokesperson, she conveyed the Trump administration’s policy to reporters and the public. Now, she’s running for Congress, and although she no longer works for the former president, she wants voters in Tennessee to know she’s with him — on everything.

“I obviously hope that President Trump will put his hat in the ring and run again and win in [2024]. But I thought to myself, ‘You know, things have gotten so bad. I can’t sit around and wait,’” Ortagus told Jewish Insider in an interview on Wednesday.

Ortagus and her family have only lived in the state for about a year, starting a few weeks after President Joe Biden took office. The former Fox News contributor grew up in Florida, and her husband is from Pennsylvania. For the last year, Ortagus has worked at a healthcare investment firm she launched with fellow Trump administration official Adam Boehler, who served as CEO of the U.S. International Development Finance Corporation.

“Our baby is 15 months old now, and she was a tiny baby, an infant newborn at the time. We knew that we wanted to be in a place that would just be a better life for her,” Ortagus explained. The choice of Tennessee was “really to be around people with conservative values.”

Trump endorsed Ortagus last month, before she entered the race, saying at the time that she “will be tough” and that she “won’t bow to the Woke Mob or the Leftist LameStream Media.” But some of the president’s most strident backers — including Candace Owens and former White House advisor Sebastian Gorka — criticized his endorsement of Ortagus over competitor Robby Starbuck, a conservative activist and music video producer who entered the race in June.

During the 2016 Republican presidential primary, Ortagus initially described Trump as “disgusting” and “not serious,” and blasted what she called his “isolationist foreign policy approach.” She then supported him against Hillary Clinton after he won the Republican nomination.

“I think that I earned his endorsement and his confidence in me from years of being in the trenches, working on some incredibly tough things,” she said.

It was Biden’s approach in Afghanistan this past summer that led Ortagus to consider running for office. 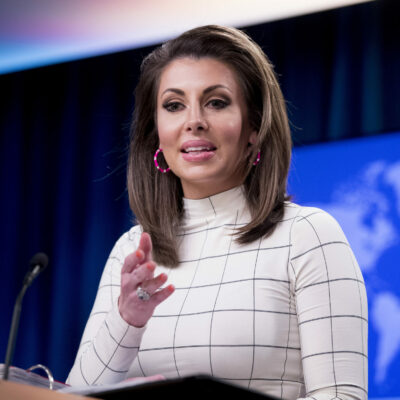 For the State Dept’s top spokeswoman, her journey to Judaism began in Baghdad

“Politics was the last thing on my mind when I moved here. I moved here for work. It’s a fantastic business environment in Tennessee,” Ortagus explained. “Afghanistan, and watching this disasterous withdrawal — watching 13 servicemembers be killed by terrorists — I think that I knew that I was obviously going to disagree with President Biden on quite a bit. I didn’t think that, both domestically and abroad, that things would blow up as quickly as they have.”

One goal for Ortagus would be to provide congressional oversight of the Biden administration’s nuclear negotiations with Iran.

“I do think it’s fundamentally important that if you’re going to make these sorts of deals, you have to put them before the Congress,” she said. “I’m going to do everything that I can to hold this administration accountable for what I think will lead to a lot of chaos in the region if the Biden administration does things — not just getting back into a weaker deal than the JCPOA [Joint Comprehensive Plan of Action], which would be disastrous — but if they actually do things like reversing sanctions on terrorism.”

Unlike some Republicans who have backed away from supporting a two-state solution to the Israeli-Palestinian conflict, Ortagus said she backs such a plan, but clarified that she specifically supports the plan authored by the Trump administration. “The problem has always been getting the Palestinians, obviously, to agree to even talk to us.” Palestinian Authority President Mahmoud Abbas denounced Trump’s plan, which followed years of a strained relationship between the two leaders after Trump closed the Palestinians’ diplomatic office in Washington.

Ortagus did not say whether she hoped to join the House Foreign Affairs Committee if she is elected. “I just want to win this primary. That’s what I’m really focused on now,” she noted. “In Congress, I am going to fight about all of these issues that I care about, but especially on the national security side.”

Congressional Democrats and some Republicans have described the attack on the Capitol on Jan. 6, 2021, as a pressing national security matter, but Ortagus disagrees.

At a gathering last weekend, members of the Republican National Committee voted to censure Reps. Adam Kinzinger (R-IL) and Liz Cheney (R-WY) for joining the committee investigating the Jan. 6 attacks, saying they were participating in the “persecution of ordinary citizens engaged in legitimate political discourse.”

“I think what the RNC — I think they were right,” said Ortagus. “It’s not a bipartisan investigation. I think it is incredibly political.” Ortagus did not share when asked for her view of the events of Jan. 6.

“I believe there were serious irregularities in the 2020 election. I think that people need to be able to have confidence. I believe in election integrity,” said Ortagus, but said “no” when asked if she felt that Biden’s election was illegitimate. “My concern is about people feeling around the country that they can have confidence in the electoral system.”

Of her time in the Trump administration, Ortagus said she was most proud of the administration’s negotiating of the Abraham Accords. “I sat in President Trump’s office, very pregnant with a little Jewish baby girl in my belly, thinking about how different the world in the Middle East will be,” she recalled. “It was an honor, a privilege of a lifetime, to be able to work on those issues, to have a small part in it.”

Ortagus completed her conversion to Judaism remotely from Riyadh in 2010, where she was stationed as deputy treasury attaché. “I think the fact that I’m observing Shabbat and Passover and everything in secret surrounded by people who hate Jews, that’s probably the most authentic form” of Judaism, she told JI in April 2020. She had first started attending Shabbat services in Baghdad in 2007, when she served as a press officer for USAID.

If elected, Ortagus would join Rep. David Kustoff (D-TN) as only the second Jewish Republican in the House, with Rep. Lee Zeldin (R-NY) vacating his seat to run for governor of New York.