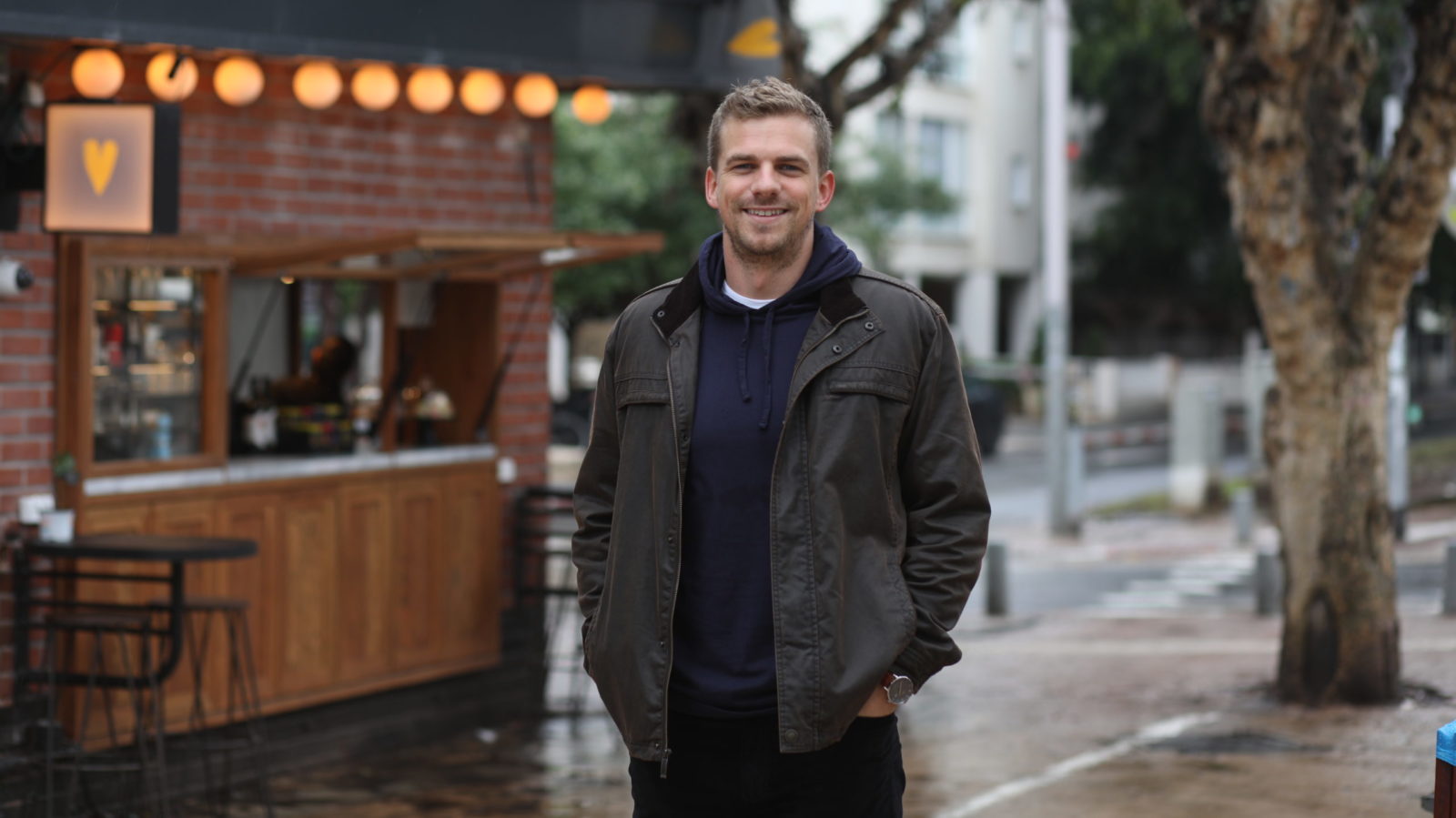 The quarterback scion in Zion

‘The opportunity to come to a place like Israel, given everything that's going on here, was super enticing,’ Nicky Montana tells The Circuit about moving to Israel.

This story was first published on The Circuit.

To most Israelis, Nicky Montana appears to be just another ambitious American entrepreneur and investor curious about the startup nation’s vibrant innovation scene and what it might contribute to our world in the future. For Americans and NFL-knowledgeable Israelis, however, he is sports royalty, as the son of iconic Hall of Fame quarterback Joe Montana.

The younger Montana moved to Israel three months ago and takes all such labels — and his father’s legendary status — in his stride, remaining singularly focused on learning as much as he can about what makes Israel’s high-tech sector tick, adding knowledge to his already successful foray into the industry.

“There’s so much interesting stuff that has brought my attention here,” Montana, 29, told The Circuit in an interview at a Tel Aviv cafe last week. “I was here in the past – on a trip with [New England Patriots owner and sponsor of the Israel Football League] Robert Kraft – and that was very different. We went to Jerusalem, and we toured around, the schedule was very regimented. Now I am living here and meeting real people and just kind of getting ingrained in everything, and it’s really been incredible.”

Born and raised in California, where his father won four Super Bowl championships with the San Francisco 49ers, Montana said his father tried to downplay his fame and “never really talked about any of it really.”

He said he only learned the true extent of his father’s celebrity status more recently from the new six-part documentary series, “Joe Montana: Cool Under Pressure,” produced by Peacock.

“It was all external and you know, sometimes people would be like, ‘Do you really understand?’” Montana recalled. “I mean, obviously out on the field he was incredible, but then I would hear people talking about after the game that he went to hang out with Frank Sinatra and I’m like, ‘I got to hear everything about that. Who was there? What were you guys doing? And I wonder what else was going on under the hood.”

Montana, who said as a baby he initially called his father ‘Hey Joe,’ mimicking the fans who would scream out to the legendary quarterback, also said that growing up, he and his older brother, Nate, were not pressured to pursue the game professionally. (Montana also has two older sisters.)

“It was never like, ‘You have to play or we’re going out to the yard now for drills,’ he would never bring it up, really,” said Montana. “I would have to beg him to help with practices, but he was super sensitive because of the pressure that might be put on us from a young age.”

In the end, both brothers went on to play college football. Nicky, as quarterback like his father, first played for the University of Washington from 2009 to 2012, and later for Mt. San Antonio College. After one season with the junior college, he transferred in 2013 to Tulane, where he was the starting quarterback.

Montana said that like any teenager, he had to learn to appreciate his father’s “status and his knowledge,” but he quickly realized that he had a valuable resource if he wanted to follow in his father’s footsteps. “It is hard to take direction from your parents, you know, I think a lot of people struggle with it and it took me a few years to realize like, wow, he’s, you know, the best ever and if I don’t listen to him, then the joke’s on me.”

Eventually, however, he decided not to pursue a career in professional football. “It was always my dream, but towards the end, I kept getting hurt and taken out of the game,” Montana explained. “At a certain point, towards the end, I was just like, I’ve been doing this my whole life and I don’t know what it is, but the feeling is gone.”

Putting his football career behind him, Nicky took the skills of leadership and endurance that he learned on the field and turned his attention to the world of high-tech. He began by dabbling in fantasy sports, and eventually sold his own startup, a Y Combinator-backed company called Balto, to FuboTV, the leading sports-first live TV streaming platform in the U.S., in December 2020.

Montana then began investing as an angel investor in more than half a dozen companies across the globe. Last year, when Isaac “Yitz” Applbaum, co-founder and partner of Tel Aviv-based MizMaa Ventures, and a close friend of the Montana family (as well as a wine columnist at Jewish Insider), asked if he wanted to move to Tel Aviv and work for MizMaa, Montana hesitated only slightly.

His friends, he said, thought he was crazy. “All they knew about Israel was camels and rockets,” he quipped. “But the opportunity to come to a place like Israel, given everything that’s going on here, was super enticing – everyone is an entrepreneur here.”

Montana, whose focus at MizMaa is on Web3, cryptocurrencies and fintech, continued, “There’s so much ambition and it’s amazing being on the venture side and seeing how everyone thinks the world’s gonna look in the future.”

“The other thing, I guess, is the adventure coming over here because I’ve lived in California my whole life,” he continued. “I was curious because I grew up in Silicon Valley and a bunch of my friends are either entrepreneurs or work for the top firms there, and I wanted to know what is the difference, what’s going on here that’s not going on in San Francisco or Silicon Valley?”

While Montana has been getting a glimpse into the future as envisaged by the best minds in Israeli startups, he is also enjoying the here and now of life in Tel Aviv, as well as the idiosyncrasies of Israeli culture.

“I think the whole Israeli thing called chutzpah — I’m probably butchering it — is very motivating,” he grinned. “It is incredible to see it in real life, but Israel’s success is partly because of Israelis not being afraid to fail; they just keep on going until they succeed.”

Asked if anyone in Israel has associated him with his famous father or if he’d been approached about playing for the Israel Football League, Montana laughed. “The head coach DM’d me before I got over here with a really funny message: ‘Words reach me that you’re coming to the region, do you want to come and try out?’” he said.

As for Israelis recognizing the legendary Joe Montana, his son laughed: “I don’t know why they would — they might confuse him with Daniel Craig, though.”