Ten books to read in December 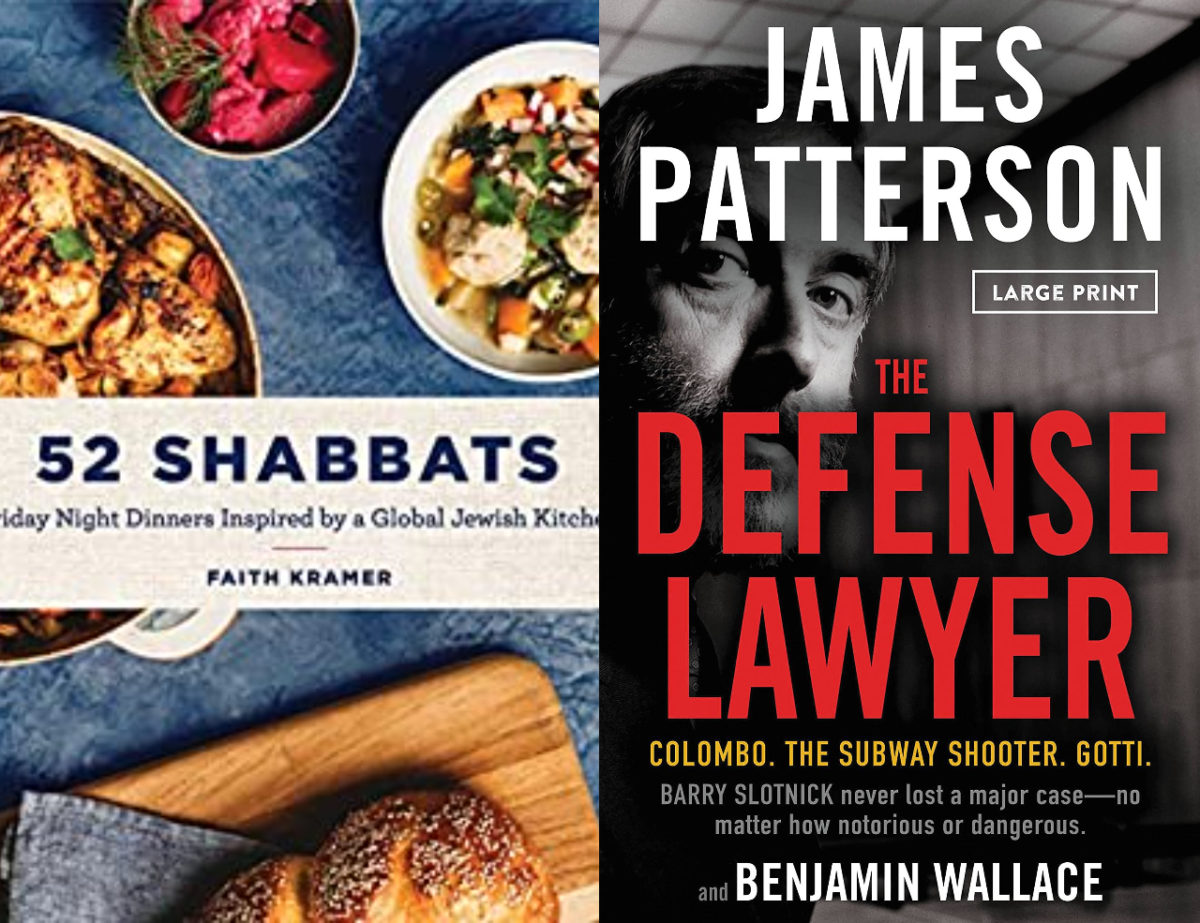 ​​In the fourth installment of a series exploring new and upcoming books, the team at Jewish Insider previews top titles coming out in December:

By the Grace of the Game: The Holocaust, a Basketball Legacy, and an Unprecedented American Dream, by Dan Grunfeld (Nov. 30): Pro-basketball player Dan Grunfeld looks at the life and legacy of his father, Ernie Grunfeld, the only NBA player to be the son of Holocaust survivors.

In the East: How My Father and a Quarter Million Polish Jews Survived the Holocaust by Mikhal Dekel (Dec. 7): Dekel looks at her father’s youth as a “Tehran child,” one of roughly 1,000 Polish Jewish children — mostly orphans — to escape the Holocaust by being resettled in Iran before ultimately immigrating to present-day Israel later in the war.

52 Shabbats: Friday Night Dinners Inspired by a Global Jewish Kitchen, by Faith Kramer (Dec. 14): J.Weekly columnist Kramer reimagines the Shabbat dinner, drawing from Jewish traditions from around the globe — from Mexico to Ethiopia — to give new life to the tradition.

The New Zionists: Young American Jews, Jewish National Identity, and Israel, by David L. Graizbord (Dec. 15): Through a series of interviews with young American Jews, Graizbord, a professor of Judaic studies at the University of Arizona, studies an evolving demographic within the Jewish community that connects with Israel — and Zionism — in a way unlike previous generations.

Love with No Tomorrow: Tales of Romance During the Holocaust, by Mindelle Pierce (Dec. 15): The child of Holocaust survivors, Pierce shines a light on stories of love and romantic connection in one of history’s darkest moments.

The Defense Lawyer: The Barry Slotnick Story, by James Patterson (Dec. 20): Patterson’s latest book chronicles the career of defense attorney Barry Slotnick, the Bronx-born son of Orthodox immigrants, as he rose to prominence defending everyone from Mafia bosses to members of Congress.

A Knock at the Door: The Story of My Secret Work With Israeli MIAs and POWs, by Ory Slonim (Dec. 21): Slonim chronicles his professional career as the first “door-knocker” — the government-linked official whose duty for two decades was to search for and return IDF soldiers and operatives who went missing abroad.

And it’s not too late to pick up these titles:

Going There, by Katie Couric (Oct. 26): In Couric’s memoirs, the news anchor reveals her background as the daughter of a Jewish mother who hid her religious background from even her children, and a non-Jewish father with Confederate ancestors.

A Shot to Save the World: The Inside Story of the Life-or-Death Race for a COVID-19 Vaccine, by Gregory Zuckerman (Oct. 26): The Wall Street Journal investigative reporter puts a human face — and urgency — on the global effort to develop COVID-19 vaccines.

What Universities Owe Democracy, by Ronald J. Daniels (Oct. 5): Daniels, the president of Johns Hopkins University since 2009, addresses the critical roles that colleges and universities play in contributing to a functioning society.