Friedman was tapped to serve as director of criminal justice innovation, development and engagement 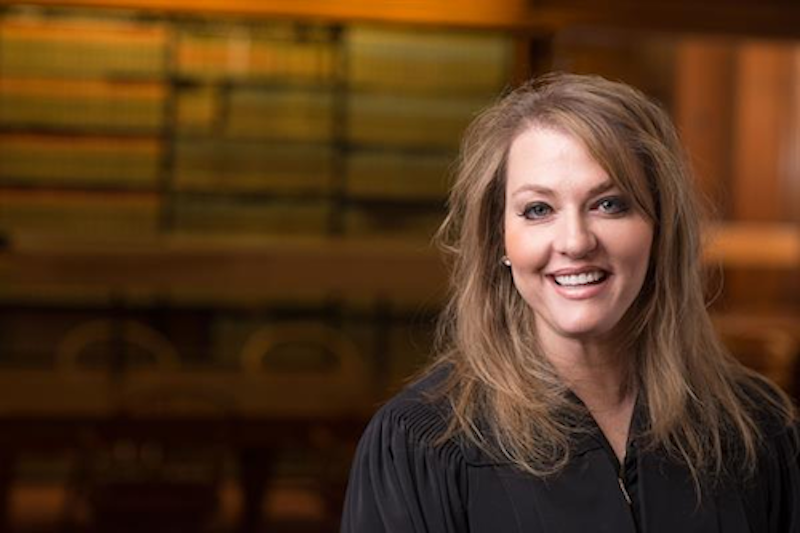 Karen Friedman, a judge on the Baltimore City Circuit Court’s 8th Judicial Circuit, has been appointed by President Joe Biden to serve as director of criminal justice innovation, development and engagement at the Department of Justice, Jewish Insider has learned.

Friedman, who also goes by the Hebrew name Chaya, was the first female Orthodox Jewish judge in Maryland. She has served on the circuit court since 2014 and will step down from the bench at the end of this year. Friedman was previously a district court judge in Baltimore, and before that served as a judge on the city’s Orphans’ Court.

Friedman will start in the newly created position, which is housed in the Department’s Office of Justice Programs, on Jan. 3, 2022.

Friedman’s volunteer work off the bench involves a mix of legal activities and Jewish commitments, including board positions on the Baltimore Jewish Council, the Associated and the Elijah Cummings Youth Program in Israel, a leadership development program started by the former longtime Baltimore-area congressman. She has also been active on domestic violence issues, and is the founder and co-chair of the Domestic Violence Interfaith Initiative.

“Whenever she talks about her courtroom experiences, I hear how much she cares – how she cares about the victims, the offenders, and justice,” said Howard Libit, executive director of the Baltimore Jewish Council, the political and community relations arm of the Associated, Baltimore’s Jewish federation. “If she takes a position with the Justice Department, I am sure that her leadership experiences here in Baltimore will help to shape her work, and I am confident that she will be successful.”

Friedman, who was born in Brooklyn, said in a 2018 podcast interview that she has wanted to be a lawyer since the age of 3. After working in private practice, she was appointed to the Baltimore City Orphans’ Court — its probate court — at age 29, when a judge on the court died.

“Judge Friedman has a long history of being an active and involved leader in our Jewish community, and in the broader Baltimore community,” Libit told JI on Monday.

“Being a woman and being Jewish have been important factors in my life, and [in] shaping who I am and how I view the world, and that definitely informs my decisions on the bench,” Friedman said in the 2018 interview. “Jewish people have a very strong belief that if you change one life it’s as if you’ve changed the world. It’s straight in the Talmud that that’s the case. Well, if you grow up with that belief and that belief is part of your value system, then you know that your ability to touch people’s lives on the bench is so important. And you have the ability to shape people’s lives and affect people’s lives in the most intimate way when you are a judge.”