Yair Lapid: ‘The most important relation we have is with American Jewry’ 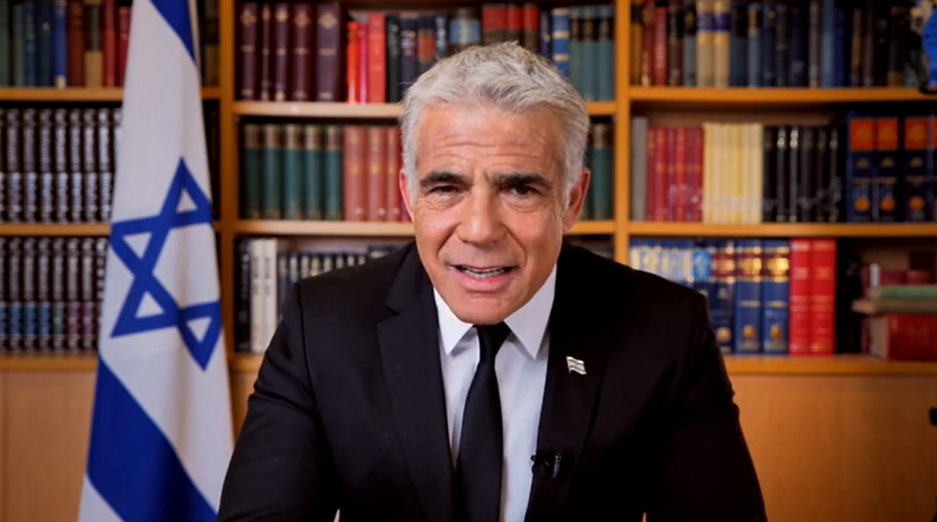 In his first major meeting with U.S. Jewry since becoming Israel’s foreign minister and alternate prime minister, Yair Lapid slammed comments made by a top representative of the former Israeli government suggesting Israel should prioritize the American evangelical Christian community, stressing that “the most important relation we have is with American Jewry.”

Speaking from Israel, Lapid addressed The Jewish Federations of North America’s Leadership Lab, a component of its annual General Assembly, on Tuesday, in a virtual interview conducted by JFNA Chair Mark Wilf.

In a recording of the interview, obtained exclusively by Jewish Insider, Wilf asked Lapid how he thinks Israel and the U.S. Jewish community can move closer together.

“Well, first of all we have to do what we’re doing now, which is reinitiating the kind of dialogue we have within the family — and it is the family,” Lapid responded, noting that he was “a bit shocked” to hear “officials from the former government discussing other communities within the United States as the main relations of the Israeli government. This cannot happen.”

In May, former Israeli Ambassador to the U.S. Ron Dermer made waves when he described evangelical Christians as the “backbone of Israel’s support in the United States,” and pointed out the far larger size of that community compared to the Jewish one, while also remarking that U.S. Jews are “disproportionately among our critics.”

Questioned over whether the current government intends to act on issues that have caused division between Israel and U.S. Jewry, such as implementing the agreement to expand the egalitarian prayer section at the Western Wall, Lapid said, “Indeed, we have to work on several issues that were neglected for a long time, like the cultural framework, like the conversion bill that we’re working on now…it might take some time in a very complicated coalition.”

“But we are making sure this is happening,” he assured, adding that he was working on such issues on an almost daily basis.

Wilf also raised Lapid’s recent trip to Bahrain, where he opened the new Israeli embassy, a move that comes in the wake of last year’s agreement to normalize relations between the two countries as part of the Abraham Accords.

“As I was telling my friends in Bahrain, this is moving from a written agreement to real peace, and from handshakes to friendship,” Lapid said, also noting signed agreements with Abraham Accords partners on issues such as water, agriculture and technology.

“And now we of course aspire to spread this, to expand this, to other countries as well. As it was before, I wouldn’t name names because this will harm the process. But of course, we’re working with the United States and with the new friends in the Emirates, in Bahrain and Morocco,” he continued.

Lapid added that “by all means this doesn’t mean we are neglecting forever and ever the Palestinian issue that we have also to work on. Of course, we will always have to keep an open eye both on Gaza and on Hezbollah up north. But this is basically an optimistic process. This is a moment in our history that is the cause of a lot of new great things.”