Israeli ambassador’s residence to return to the District

The lease on Maryland home where former Israeli Amb. Ron Dermer lived for eight years set to expire at the end of this month, but the official ambassador’s residence remains under construction 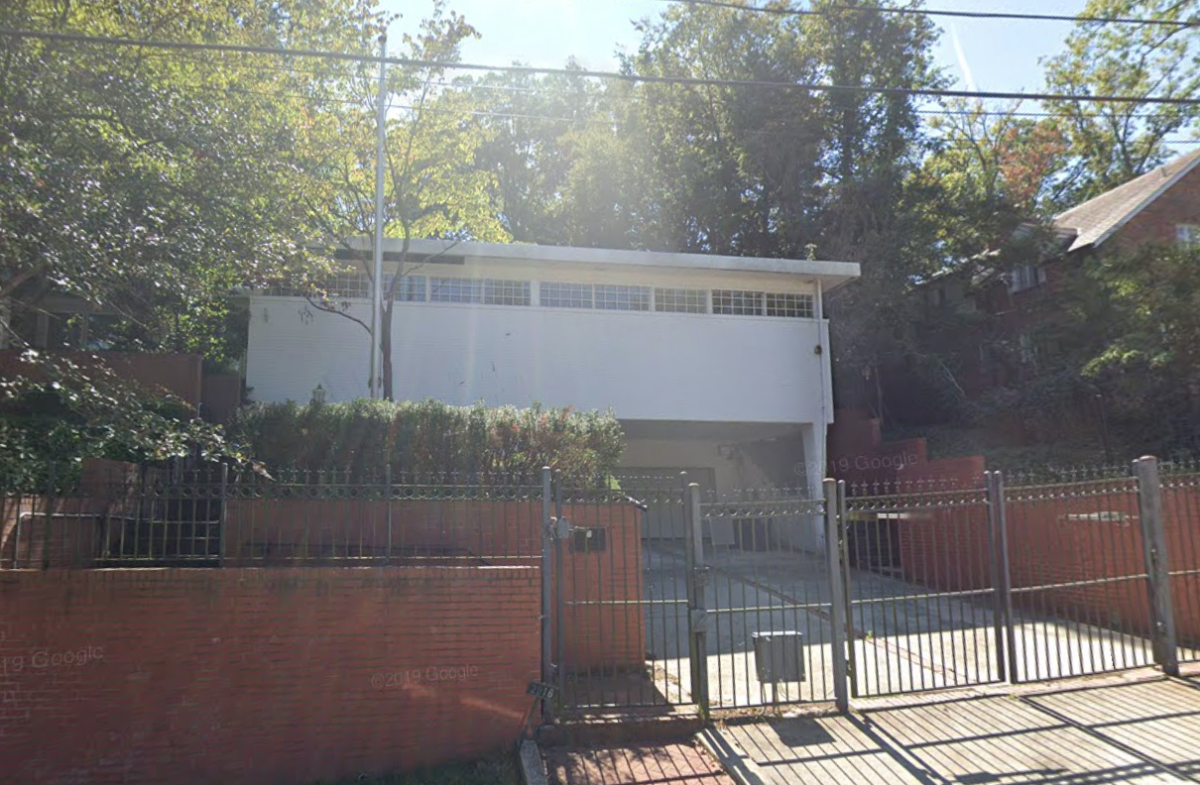 The former residence of the Israeli ambassador to the United States

When Israel’s new ambassador to the United States lands in Washington early next month, he will be greeted by a vacant lot where the official Israeli residence once stood.

Incoming Ambassador Michael Herzog will move into a rental property in Washington, D.C., close to the Israeli embassy, a source with knowledge of the arrangement told Jewish Insider.

The property will be a new one for the embassy, which since 2013 has rented a five-bedroom home in suburban Chevy Chase, Md., at a total cost of nearly $2 million, Ynet reported last week. The lease on the home, which is in the Kenwood neighborhood, close to the border with Washington, is up at the end of this month.

The official residence, owned by the Israeli government, on Chesapeake Street Northwest, is in a prime location, near the residences of ambassadors from countries including Kuwait, Iraq and Italy. It was also an historic building that housed every Israeli ambassador since the 1960s, including Yitzhak Rabin. The house was abandoned in 2013, when former Ambassador Michael Oren returned to Israel and in recent years was torn down.

​​“The ambassador’s residence is not a house, it is a facility,” Oren told Jewish Insider on Tuesday. “It is a crucial facility that is in constant use to host attachés, diplomats, members of the administration, and the press.”

“You build relationships through the house,” he added.

Whereas the now-demolished residence could cater to hundreds of people, the Israeli Embassy compound is too small to host large gatherings, explained Oren. “It had a strategic and diplomatic importance,” he said. “I hosted presidents [at the residence], defense ministers and foreign ministers. We held celebrations on the Jewish holidays and it was in constant use.”

But he described the house as being “in decrepit condition.”

“There were termites and mold,” he said, recalling waking up one morning to an entire floor covered in termite larvae. “Walls would crack and a terrible smell would emanate from inside, part of the roof caved in.”

According to Ynet, Oren’s replacement, the Sabbath-observant Ron Dermer, requested not to live in the residence, partly because it was too small to house his five children and also because he wanted a place closer to an Orthodox synagogue in Maryland. Oren said it was also because of the condition of the house. “He was afraid for his kids’ health.”

Asked why the process of repairing or rebuilding the residence has taken so long, Oren said it was a symbol of how the Israeli Foreign Ministry operates. “The rot in the walls of the residence symbolizes the rot in the structure of the foreign ministry.”

Originally there were plans to sell the residence and make the ambassador’s home part of the embassy, Oren recalled. “It was an interesting idea but that residence was a historic building. It housed Israeli ambassadors going all the way back to the 1960s. It was also an architectural jewel. I thought we should renovate the house and I had donors lined up to do so but then I was told, ‘Either deal with the renovations during your tenure or deal with diplomacy’; I had no choice but to deal with the latter.”

After returning to Israel, Oren served as a Knesset member and deputy minister and attempted to deal with the building’s renovations, but the ministry’s budget kept shrinking, and diplomatic missions were being closed.

A 2017 Haaretz report said Israeli government officials eventually concurred with Oren, deeming the house uninhabitable, but it took three years after he left for the Israeli government to file a request for demolition with the Washington, D.C., government, and the process remains incomplete. The house has now been demolished, and a new one is expected to be constructed within the year.

“It’s not good to have a razed building,” said Aviva Kempner, a Jewish film producer who lives a few blocks from the official residence. “But more importantly, it’s good for the status of Israel to be there with all the countries that are in that area.”

Gilad Erdan, Israel’s permanent representative to the United Nations and current ambassador since Dermer returned to Israel earlier this year, has stayed at the Kenwood residence during his visits to the area. (Erdan lives full-time in New York.)

“The location of the residence is less important, though it is nice to be close to the sweet spots on Connecticut or Massachusetts Avenue and you also don’t want to be too far out,” Oren commented, explaining how administration officials often attend more than one event in an evening and being in the same proximity as other ambassadors is beneficial.

He said that he hoped the replacement building would be accessible to people with disabilities. He described one event he held at the residence where Sen. Tammy Duckworth (D-IL), a wheelchair-bound Iraqi war veteran, arrived but was unable to enter. “It was super embarrassing,” said Oren.

A spokesperson for the Foreign Ministry in Jerusalem confirmed that the embassy would rent an alternative residence for Herzog where he will live until the construction of a permanent ambassador’s house is complete.