Senate remains at a standstill on Iron Dome after Menendez, Paul face off 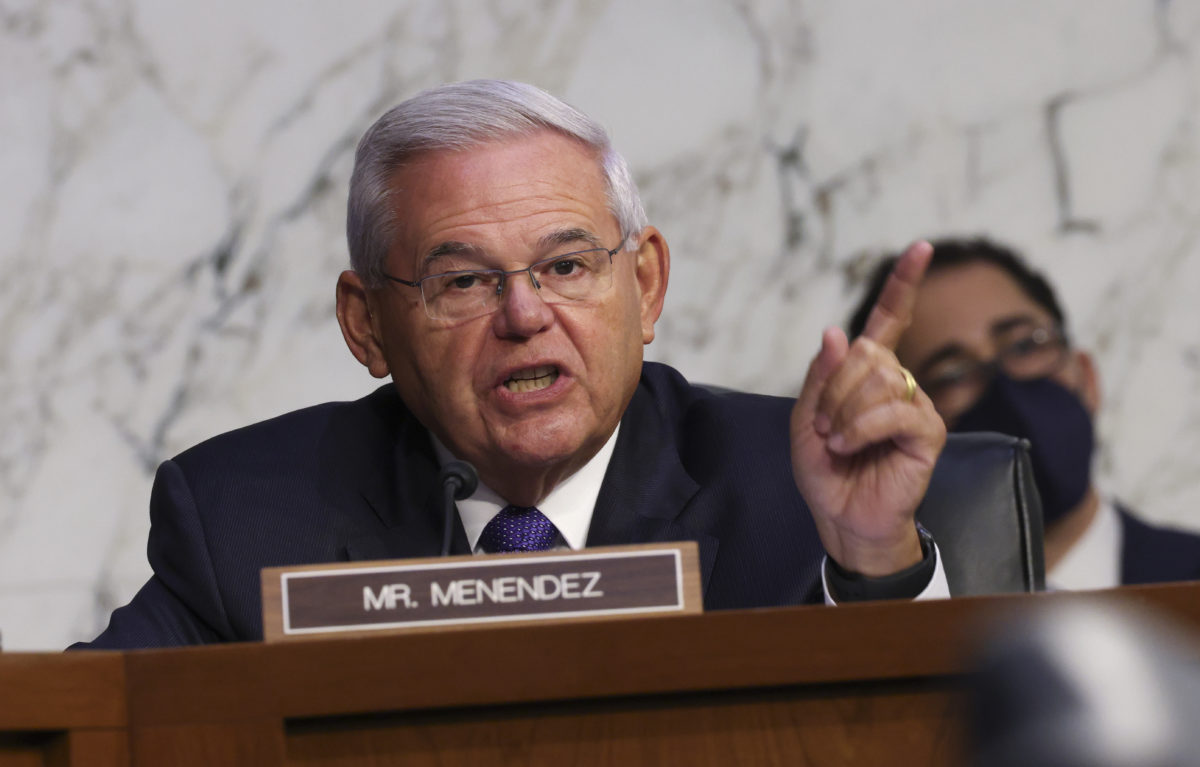 A bill providing $1 billion in supplemental funding for Israel’s Iron Dome failed to progress in the Senate on Monday afternoon, after an extended exchange between Sens. Bob Menendez (D-NJ) and Rand Paul (R-KY) over a proposed amendment that would fund the replenishment with aid that had been originally designated for Afghanistan.

On the Senate floor on Monday, Menendez requested unanimous consent on the bill — a procedure that would have fast-tracked the legislation, which passed the House on Sept. 23 by a vote of 420-9. Paul blocked the effort, which requires the unanimous support of the full Senate, insisting on an amendment to the bill that would see the funding come out of the $6 billion originally intended for Afghanistan.

“There is no conceivable reason why anyone in this chamber, on either side of the aisle, should stand in the way of U.S. support for this life-saving defense to be fully ready for the next attack,” Menendez said, introducing the measure. “The only reason it’s being held up in this body is because of this amendment.” Paul is the only senator who objected to quick passage of the House bill.

“I join [Menendez] in being supportive of Iron Dome, but I think it should be paid for,” Paul said. “I think the American taxpayer dollars that pay for it should come from money that could go to the Taliban… Only an economically strong United States can be a militarily strong ally of Israel.”

Paul also argued that “getting our fiscal house in order does not mean that we are failing to support Israel,” emphasizing that the U.S. has already provided more than $1 billion to Israel for the Iron Dome system, in addition to billions more for other missile-defense and security aid programs.

Menendez objected to Paul’s amendment, arguing that U.S. aid would not go to a Taliban-controlled government and that the support would instead be provided through “highly vetted” non-governmental partners, as well as to various regional security programs.

“This amendment would not reallocate funds that would allegedly go to the Taliban… Senator Paul’s amendment would undermine U.S. national security, it would abandon the Afghan people in their darkest hour, and it would betray the American people’s commitment to supporting our Afghan allies,” Menendez said.

He went on to call Paul’s argument “a fig leaf,” adding, “We could have today passed Iron Dome as the House of Representatives passed it… There is no reason for this.”

A range of pro-Israel groups, including AIPAC, Christians United for Israel and the Republican Jewish Coalition (RJC) criticized the Kentucky Republican’s move.

“Senator Paul, who is a friend of Israel, is objecting not because he doesn’t support the critical work of Iron Dome but because he wants to see additional budget cuts to offset the cost,” RJC Executive Director Matt Brooks told Jewish Insider. “We have communicated to the senator that we recognize his concerns, but no roadblocks should be put up to slow this critical funding for the life-saving Iron Dome.”

With neither resolution receiving unanimous consent, Senate Democratic leadership will now have to schedule floor time and a final vote on the bill, a move that could be delayed by the Senate’s ongoing standoff over the federal debt ceiling and scheduled recess next week. Senate Republicans are attempting to force Democrats to employ reconciliation — a procedure to circumvent the filibuster that requires significant debate time — to raise the debt limit. The government is expected to hit the debt ceiling on Oct. 18.

“I am convinced that Iron Dome will get done… but it’s a shame that we have to have the uncertainty that is pending as a result of the objection,” Menendez said.