Senate delegation set to meet with Bennett, Lapid and Herzog while in Israel 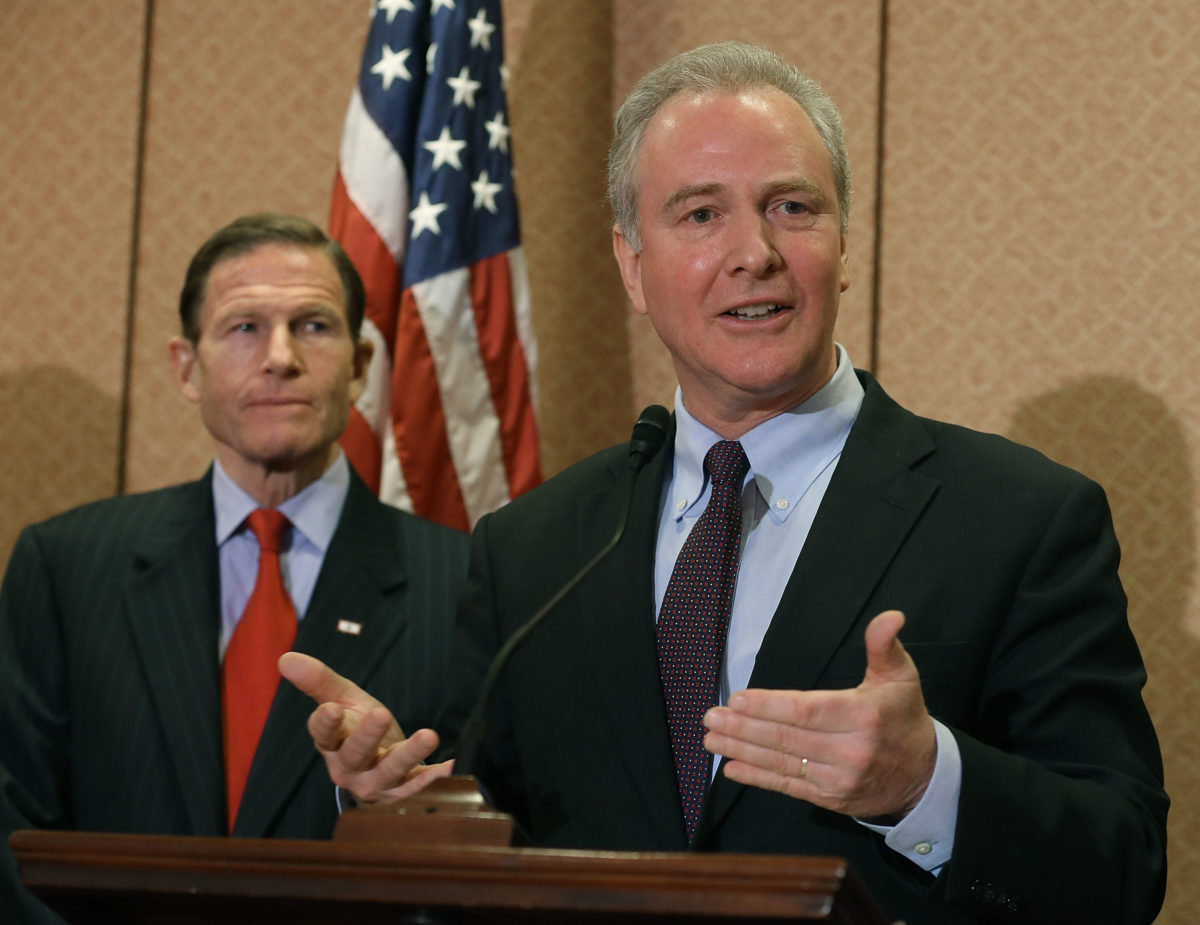 Sens. Chris Murphy (D-CT), Richard Blumenthal (D-CT), Jon Ossoff (D-GA) and Chris Van Hollen (D-MD) arrived in Lebanon on Tuesday for meetings with Lebanese President Michel Aoun and others. In a joint statement prior to the trip, the senators said they planned to meet with members of the new Israeli government and Palestinian leadership.

The senators will meet with Lapid meeting on Thursday and Herzog on Friday.

Following meetings in Israel and the West Bank, Murphy and Ossoff are set to continue on to Tunisia and Greece.

Murphy, who recently said that foreign powers should accept the influence of Hezbollah in Lebanon in the near term, tweeted Wednesday that there had been “lots of movement toward the formation of a new government” in Lebanon and that the meetings had yielded “really good progress.” He added that Aoun told him a cabinet would be named this week.

The Connecticut senator, who leads the Senate Foreign Relations subcommittee overseeing the Middle East, has frequently disagreed with the Israeli government on key issues including settlements, Palestinian aid and Iran.

Murphy told Jewish Insider in June — around the time Israeli Prime Minister Naftali Bennett was sworn in —  that he hoped the new Israeli government would “prioritize fixing relationships with the United States and being a bit more evenhanded about how they deal with the U.S. political system.”

Murphy and Van Hollen led a letter last year urging Israel not to unilaterally annex parts of the West Bank under former Prime Minister Benjamin Netanyahu. An early draft of that letter threatened that such a move would end bipartisan congressional support for Israel.

Van Hollen told JI in June “the jury’s still out” on whether the new Israeli government would behave differently from that of Netanyahu.

Earlier Wednesday, Lapid addressed U.S. efforts to reopen the U.S. consulate in East Jerusalem, calling the potential move a “bad idea.” The consulate has historically served as a base from which to conduct outreach to the Palestinians and was closed by the Trump administration in 2019.

In May, Van Hollen led a letter to President Joe Biden urging him to reopen the consulate.

As a candidate last year, Ossoff, who is serving his first term in the Senate, told JI that “Netanyahu and [Palestinian Authority President Mahmoud] Abbas are total failures,” and called for new leadership on both sides to move forward toward peace, adding in JI’s candidate questionnaire that “the will and capacity of Israeli and Palestinian politicians to deliver [a two-state] solution is in serious doubt.”