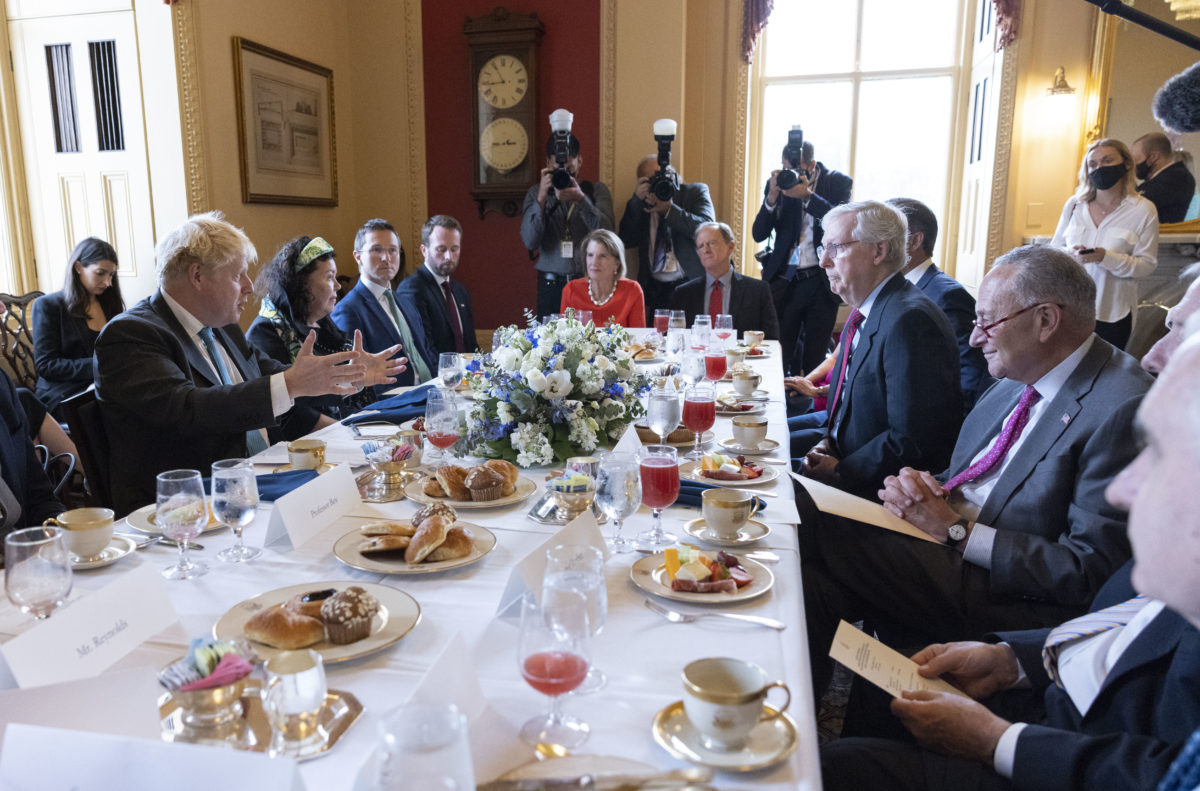 Senate Majority Leader Chuck Schumer (D-NY) said he “made a plea” to British Prime Minister Boris Johnson on Wednesday regarding the high-profile case of a brain-damaged two-year-old Jewish girl in the United Kingdom, Alta Fixsler, who may soon be taken off life support against the wishes of her Hasidic parents.

Schumer spoke with Johnson, who was in the U.S. this week for the U.N. General Assembly, during a bipartisan Senate leadership meeting at the Capitol.

“When it was my turn to speak, I asked him about a couple of things, but I made a plea to him about Alta Fixsler,” Schumer told Jewish Insider on Friday afternoon.

The senator said he urged Johnson to overrule U.K. health authorities who have determined that Fixsler should be placed on palliative care that will end her life.

Fixsler, who has been on life support at a children’s hospital in Manchester since she was born, has no “conscious awareness” and cannot breathe, eat or drink without medical assistance, according to U.K. medical professionals.

“I said, I know what British law is, which is that the hospital makes a determination as to what’s best for the child, and that has to govern,” Schumer said of his conversation with Johnson. “I think they made the wrong determination here. They said it would be in the interest of the child to put an end to her life.”

In August, the European Court of Human Rights rejected an appeal from Fixsler’s parents following a May U.K. court decision ruling that it was “not in the best interests of Alta for life-sustaining medical treatment to be continued” and “it is in her best interests for a palliative care regime to be implemented.”

The May decision, which was also upheld by the U.K. Supreme Court, said that Fixsler “has no quality of life” and that the “burdens of Alta’s life outweigh any benefits.”

Fixsler’s parents, who are both Israeli citizens, had made efforts to bring their daughter to Israel, but the court denied their request, citing health risks.

Israeli officials have also lobbied the U.K. on behalf of Fixsler, so far to no avail.

Schumer said he invoked his Jewish background in the meeting with Johnson. “I told him I was Jewish, and one of the very highest values in Jewish law is to save a life,” Schumer explained. “So it goes against the Fixsler family’s religious principles to end her life.”

Schumer, 70, is the first Jewish Senate majority leader in U.S. history and the highest-ranking Jewish elected official in the country.

“Then I said to him the following,” Schumer said of his exchange with Johnson. “I said, ‘Look, I understand British law says the hospital makes the ultimate decision. But you as prime minister are the head of the hospital system.’”

Schumer suggested that Johnson “could overrule the hospital and have the hospital make the decision to allow Alta Fixsler to leave and to come to the United States,” he said.

Schumer announced in early July that he had helped secure an emergency visa for Fixsler, whose father is also an American citizen, to continue treatment in the U.S., but U.K. authorities have so far refused to let her leave the country.

In June, a group of Republican senators — including Marco Rubio (R-FL), Lindsey Graham (R-SC) and Ted Cruz (R-TX) — also sent a letter to President Joe Biden “urging him to advocate to” Johnson “on behalf of” Fixsler.

The parents, Abraham and Chaya Fixsler, are now asking U.K. health authorities that they be allowed to bring their daughter home rather than remain in the hospital.

“He took it in,” Schhumer said of Johnson. “I’m not going to tell you what his reaction was. But basically, he said that he would try to examine,” Schumer told JI. “I think it’s the first time that he was directly talked to on this issue.”

Asked if he was encouraged by the discussion, Schumer struck an optimistic note but suggested that there is likely more work to do.

“Hope springs eternal,” Schumer told JI. “But he didn’t say anything specific that would give me the view that he might change.”