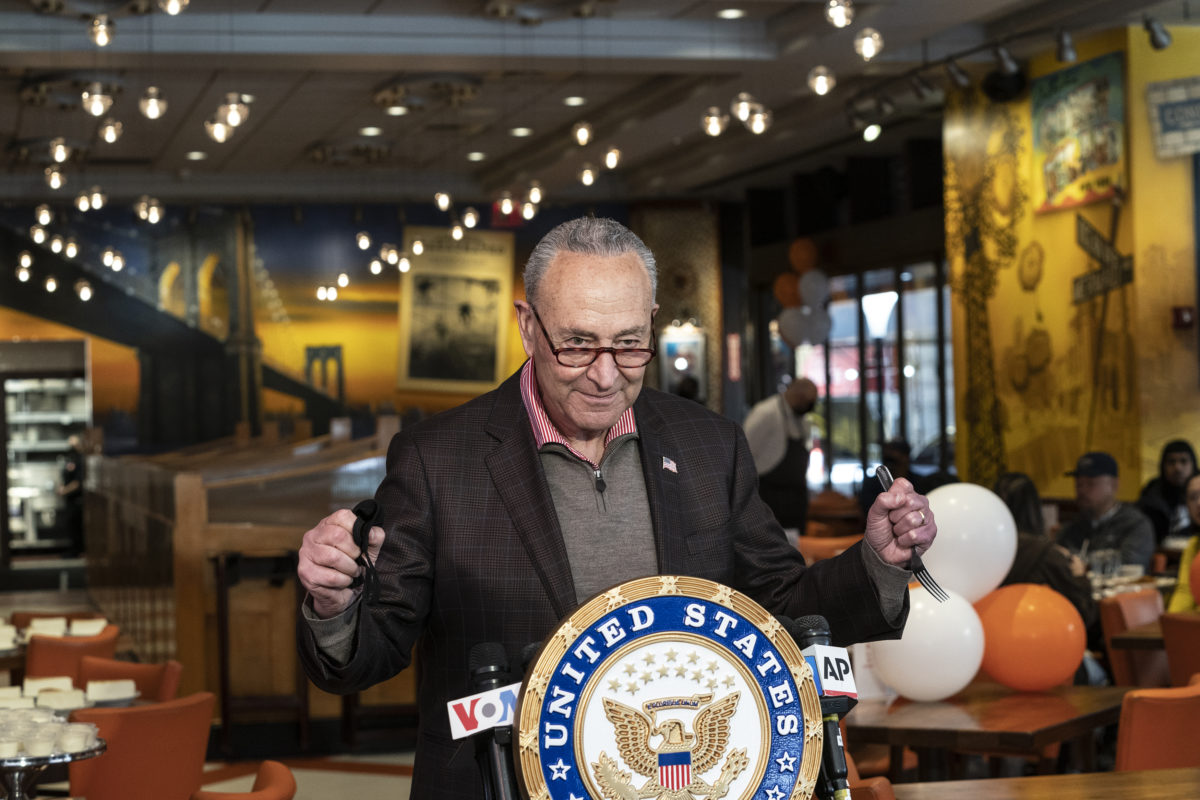 U. S. Senator and Senate Majority Leader Charles Schumer marks re-opening of Junior's Cheesecake restaurant on Times Square in New York on May 6, 2021.

Alta Fixsler, a seriously ill ultra-Orthodox child in the United Kingdom, has obtained a visa to continue treatment in the United States after U.K. doctors and officials decided to take her off life support, Senate Majority Leader Chuck Schumer (D-NY) announced Friday.

Schumer said on Friday that he had intervened to assist Fixsler in obtaining a visa to bring her to the U.S. Fixsler’s father is an American citizen.

“All the Fixslers want is to follow their faith and get their little girl the best care in the process,” Schumer said in a statement. “The images of little Alta make your heart melt and to know just how much her parents love her inspires us to do all we can to ensure her best chance. Aside from this federal action of securing a visa, I also offer my most fervent prayers to her and her family.”

Fixsler’s parents had sought to take her to an Israeli hospital — both her parents have Israeli citizenship — a request the court also denied. Israeli officials had appealed to the U.K. to allow her to be taken out of the country.

Schumer sent a letter last month to the U.K. ambassador to the U.S., notifying her that a visa was in progress for Fixsler and urging the U.K. to pause attempts to take her off life support pending the completion of the visa process.

“I urge that all health decisions that are against the wishes of the family be suspended until the citizenship process is complete and Alta can travel to the U.S. with her U.S. citizen father, Mr. Abraham Fixsler,” Schumer wrote.