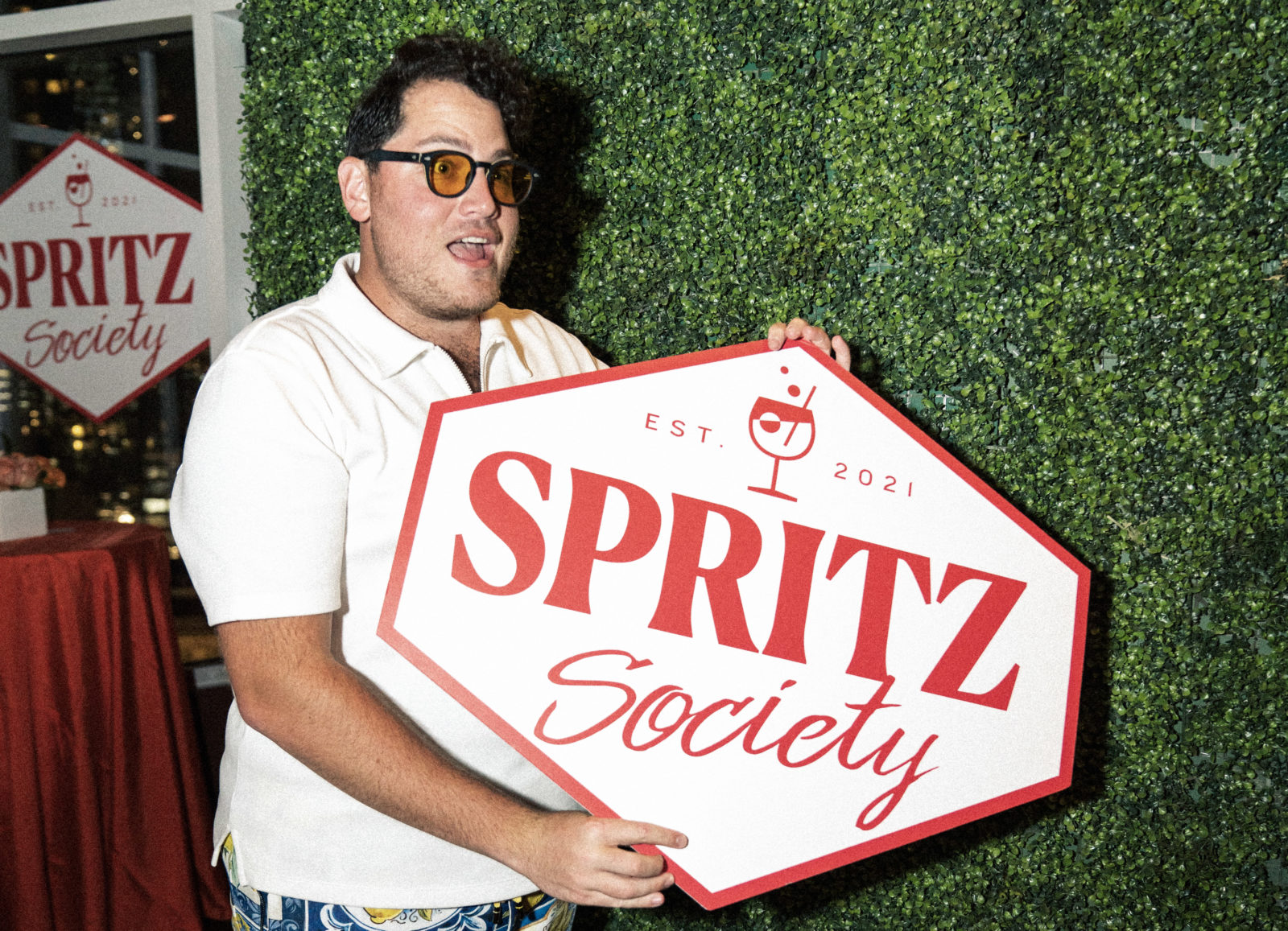 The ‘Boy With No Job’ gets a new job

Ben Soffer rolls out Spritz Society, a canned spritz cocktail, with the help of his massive Instagram following

Yeshiva University’s Instagram account has 6,500 followers, more or less equal to the number of students who attend the school. And while most of those students could probably name some of the university’s best-known alumni — perhaps the novelist Chaim Potok or any of the renowned rabbis to study at Modern Orthodoxy’s flagship institution — most of them would likely not include Ben Soffer on that list.

Yet Soffer, who graduated from the school in 2014, has an Instagram following that dwarfs that of his alma mater: 1.6 million followers. He started @BoyWithNoJob during his senior year at the school, and it has since grown into one of the most popular meme accounts on Instagram.

The account specializes in “relatable humor,” Soffer explained to Jewish Insider. “If you were to take any concept from a TV show, like a ‘Seinfeld,’ where you’re watching, and you’re thinking to yourself, ‘Oh, That’s funny. That happened to me this morning.’” That, said Soffer, “is the goal of anything that we try and get out.”

The account has grown up over the years, morphing from an innovative early meme account into a reliable repository of humorous content catering to fellow millennials who are getting settled in their lives and their careers. One recent post shows an image of Britney Spears in the music video for her 1998 hit “…Baby One More Time,” with text overlaid on the image with a line from the song: “My loneliness is killing me.” But “loneliness” is crossed out and covered with “lower back.” My lower back is killing me.

Soffer, too, has grown up, or — as influencers hope to do — he has at least grown his personal brand. He’s now leveraging the @BoyWithNoJob following to launch Spritz Society, a new canned wine-based cocktail. “​​Because I love spritzes, I would post pictures of them on Instagram, and I would get feedback from my followers that they didn’t know what it was, [asking] ‘It’s so beautiful. Where can I get it?’” he explained.

Following the runaway success of hard seltzers like Truly and White Claw, the ready-to-drink (RTD) cocktail market has had a huge summer. Popular drinks like margaritas, vodka sodas, and gin and tonics are now available in cans, and can be easily purchased in liquor stores, supermarkets and bodegas.

Soffer is betting that despite the dozens of hard seltzers and RTD cocktails already available, his Instagram followers will propel his direct-to-consumer canned spritzes — available in grapefruit, blood orange, pineapple and lemonade flavors — to success. A four-pack costs $20. (The spritzes can be shipped directly to consumers because they use wine; other canned cocktails that use hard liquors are not able to ship directly.)

“What we think will end up pushing us to the top of this new canned cocktail sector is we are creating and advertising this product online and selling it online. Once we enter wholesale markets, you’ll know that Spritz Society exists,” Soffer said. “You’ve been served an ad about our products, or you’ve seen our products for the last six months in your feed at least once a day.”

It also helps that Spritz Society’s investors include an alcohol delivery service. More than a year ago, Soffer acquired the Instagram handle @spritz when he started developing the company.

The idea for the beverage came from a virtual focus group Soffer convened called, of course, Spritz Society. He had done an Instagram poll asking his followers which flavors of spritzes they liked, and 50,000 responded; he then chose 3,500 of those people to include in early conversations about his company.

“I picked people that responded to the poll completely at random and asked them their opinions on logos, flavors, ABV percentages, color, and then just a general question about things that were important to them in things that they drink,” said Soffer.

He hopes to build on the excitement of those 3,500 people to grow the brand. But he also has another secret weapon: his wife Claudia Oshry’s Instagram. Her account, which preceded his, is called @GirlWithNoJob. And while Soffer has had a number of full-time jobs over the years in addition to his Instagram, Oshry has made social media her full-time profession, spinning @GirlWithNoJob off into other channels like her daily podcast “The Morning Toast.”

“She’s amazing,” Soffer said. Oshry also has three million followers, nearly twice as many as her husband. “There’s no competition. That’d be a bad thing to compete, because I’m constantly losing.” Soffer recently appeared on his wife’s podcast to promote Spritz Society.

Oshry and Soffer’s accounts usually stick to generic, broadly relatable humor — though a recent episode of “The Morning Toast” featured Oshry singing the Jewish song “Hamalach HaGoel Oti” and her pregnant co-host, her sister Jackie Oshry, describing her “perfect bris.” But together, Oshry and Soffer’s lives are grounded in Judaism.

“I’m certainly a religious person. I had an Orthodox wedding,” Soffer noted.

Oshry attended the Ramaz School, a Modern Orthodox Jewish day school in Manhattan, while Soffer attended the Solomon Schechter School of Manhattan and the Abraham Joshua Heschel School. Growing up, Soffer spent his summers at Camp Ramah in the Berkshires.

“Judaism is incredibly important to me. If you follow me on my personal socials, you’ll know that I’m a huge advocate of Israel,” he added.

He has one regret for Spritz Society: that the product is not certified kosher. “That is something that I would love to change. But for now, it’s not kosher,” Soffer said. “It is vegan, which at least for me, my personal Judaism, is good enough. I’m fine with drinking wine products outside of a religious setting as long as they’re vegan.”

So Soffer won’t be able to get Spritz Society to a synagogue kiddush. But “I’m constantly thinking about Hashem,” said Soffer, “and thanking him for helping me with this business.”