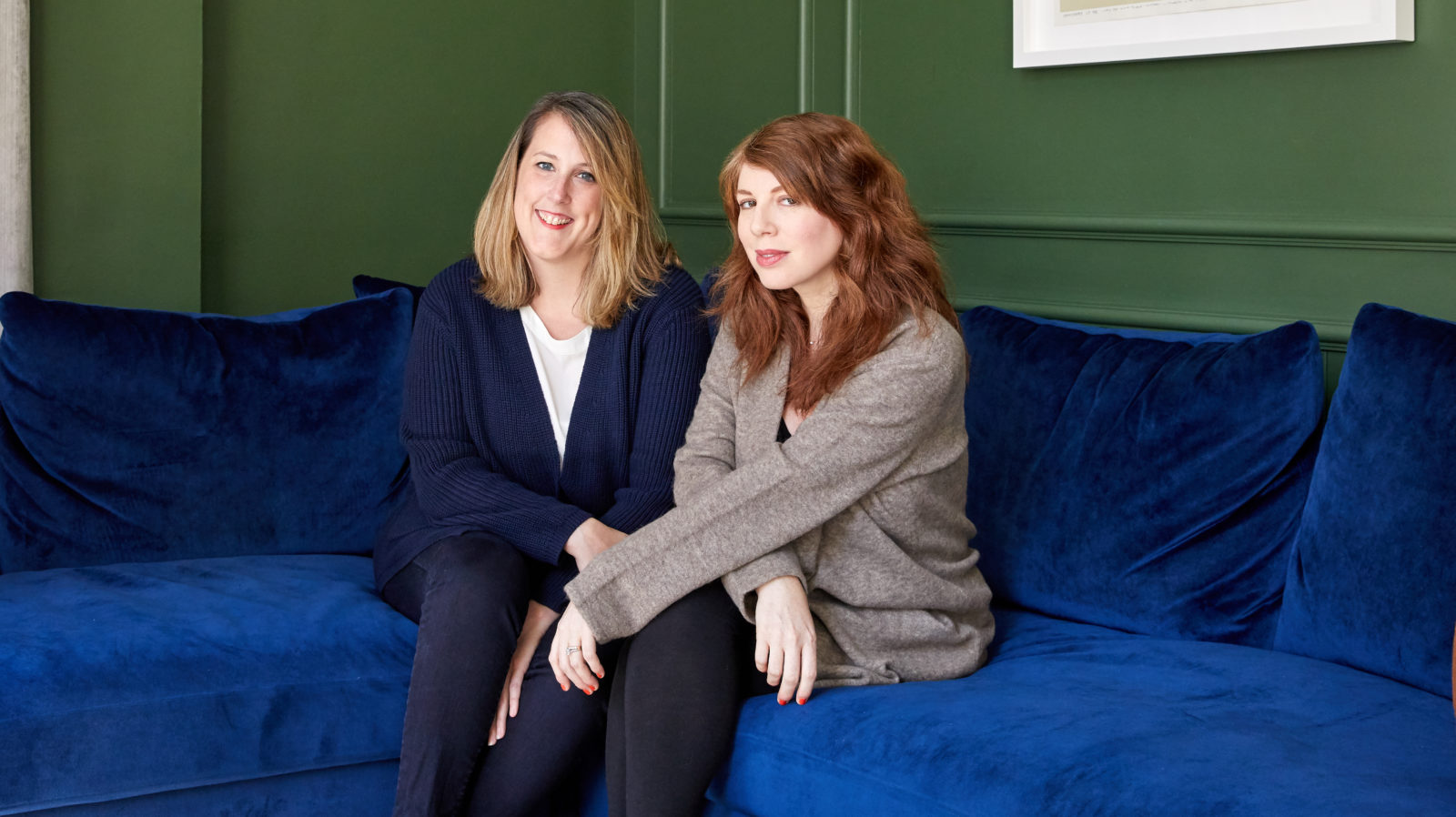 When Lindsay Kaplan was promoted to a vice president position at mattress start-up Casper, she experienced what she described as a troubling “inflection point.” In her new role, she had increased responsibilities while also suddenly facing an influx of requests to serve as a mentor to younger women in the company.

“I needed more support, more guidance, more mentorship than ever. And yet that’s also the moment that I became the de facto mentor for women in my organization,” Kaplan said. “I don’t personally see that as much with men.”

Together with her friend Carolyn Childers, Kaplan conceived Chief, a company that offers women the type of support they felt they lacked at the senior leadership level: a professional support network offering coaching, mentorship and community, available only to women working at the executive level.

“What we determined was that there needs to be some sort of organization for women who are in these senior-level positions where they can come together, and in a really confidential setting, network, share, connect and support one another,” Kaplan, 36, told Jewish Insider in an interview following Chief’s recent launch in Washington, D.C. “Because if it’s lonely at the top, it gets lonely a lot faster when you’re a woman.”

Chief was born in New York City in 2019, and it has since expanded to six U.S. metropolitan areas. Three of Chief’s hubs — New York, Chicago and Los Angeles — have flagship clubhouses where members can schmooze.

“We are not a co-working space. We are not an artists’ community. We even designed our three spaces to feel much more like hotel lobbies, so there are bars, there’s couches,” Kaplan explained. “It’s not that comfortable to work at Chief. It was designed to create connections and foster community and relationships.”

Still, as a feminist organization for female professionals, Chief calls to mind The Wing, the women’s co-working space founded by former Democratic political consultant Audrey Gelman that has has struggled amid waves of negative press and pandemic restrictions. But Chief set out from the start to be something different.

“When we launched, The Wing was extremely popular. I think there was a question around where we fit in,” said Kaplan, but “I think it was very obvious to our members, many of whom joined both, that this was really about being in a professional network, and less about developing a co-working space.”

Chief views its competitors as other professional communities and networking businesses like the Young Presidents’ Organization, rather than other woman-specific organizations. “We really view ourselves as a network devoted to professional development, and what makes us different [are] the connections that we’re fostering between women executives,” said Kaplan. “Our competitor is actually somebody who wants to go to conferences and meet people, somebody who wants to sign up for an executive coach.”

Initially, Kaplan and Childers hoped to raise their seed funding from women investors, but they were unable to find women to lead that round of investment (though some wrote smaller checks).

“I think a lot of women VCs passed, in part because they had seen so many women communities, and that they were already invested in women-led communities,” Kaplan stated, referring to venture capitalists. “You can’t really stack your portfolio full of competitive companies.” Chief’s Series A round had more investment from prominent female investors — Alexa von Tobel of Inspired Capital led the round, and Penny Pritzker, President Barack Obama’s former commerce secretary and founder of PSP Capital Partners, invested.

Chief now has more than 5,000 members, who have an average age of 42 and more than 15 years of professional experience. There is a long waiting list of women hoping to join. The cost is steep, with an annual membership fee of $7,800 for C-suite executives and $5,400 for everyone else, although the fee is typically paid by the members’ employers.

Chief is selective about its membership, Kaplan said, and does not automatically accept applicants with “chief” or “vice president” in their title, which she said could be “pretty meaningless.” Kaplan pointed out that she once held a vice president title but did not actually supervise anyone. “We’re really looking for women who have taken on leadership roles in their companies. That can mean they manage a giant budget, that can mean they have massive impact in their organization. It could mean, as a solo founder, that they’ve developed a high-impact startup.”

The vast majority of members belong to what the company refers to as “core groups,” 10-member pods of women from different fields, industries and functions who meet regularly with an executive coach. Kaplan calls the core groups a “personal board of directors” for Chief’s members.

“It’s a bit like matchmaking. There’s the facts around what someone’s looking for in their career. But a lot of that is understanding the different dynamics that help create great group chemistry,” said Kaplan. Chief has a full-time team devoted to creating these groups, which are the backbone of the Chief experience.

Before the pandemic, the groups met in person, but they became virtual, a change that Chief plans to make permanent. “We found that’s the most inclusive way for groups to come together, because people have commutes. People have caregiving responsibilities. People are traveling. People are pregnant or disabled and can’t necessarily take on the burden of traveling an hour and a half to get to a two-hour meeting,” Kaplan explained.

Chief recruited its initial members by cold emailing hundreds of female executives, many of whom responded and became founding members. “We knew pretty quickly that we had struck a nerve with women in leadership, given that they were responding so positively to cold emails from a company that didn’t exist a few weeks ago,” Kaplan recalled.

As the company expanded to Washington, it set its sights on the capital’s unique base of political consultancies, advocacy organizations and think tanks, while also cultivating ties with more typical business executives in the region. Founding members of Chief’s Washington, D.C., network include Vinca LaFleur, a managing partner at the speechwriting firm West Wing Writers; Tori Taylor, executive director of the progressive political organization Swing Left; Jenna Ben-Yehuda, president and CEO of the Truman National Security Project; and Shannon McCracken, CEO of the Nonprofit Alliance. Other founding members include senior employees at major regional employers including Deloitte and Children’s National Hospital.

“We deeply value different points of view,” said Kaplan. “The commonality that the community shares is changing the face of leadership, it is being a woman in business, and what it means to carry that weight and to wrestle with all of the changes that have come over the last decade of working in America.”

In Washington, a diverse member base could face potential challenges as women from opposing sides of the political spectrum come together in small support groups. But this degree of across-the-aisle camaraderie could also be a welcome change in Washington, Chief’s co-founders hope. Still, Kaplan says the purpose of the organization — providing professional support — has nothing to do with politics.

“When you’re in your core group, and you’re talking about challenges at work, so much of that is apolitical,” said Kaplan. “So much of that is personal, it is corporate, it is dealing with these work challenges that we want to normalize, and we want to make sure that we have different perspectives in the room. It’s really helpful to not be always in a room full of what ends up being an echo chamber.”

Chief is a decidedly feminist organization, and the speakers the company has hosted embody that worldview. Kaplan told JI that the first event Chief hosted was about intersectional feminism. But the company does not intend to limit its speakers only to liberal icons. “Our women are used to being speakers, so when we bring in speakers to come to Chief, we bring in what we call just legendary icons,” said Kaplan, listing some examples: “Stacey Abrams; Ken Chenault, who’s on our board, the former CEO of American Express; [and] Jane Fonda. Just these incredible icons of business [and] of feminism.”

At the moment, Chief has no plans to open a physical space in Washington. Kaplan and Childers’s next goal is to ensure its current members are satisfied with their experience before moving on to the long waitlist of applicants. After that? “I talk a lot about world domination,” Kaplan joked. “I can’t wait to go international.”