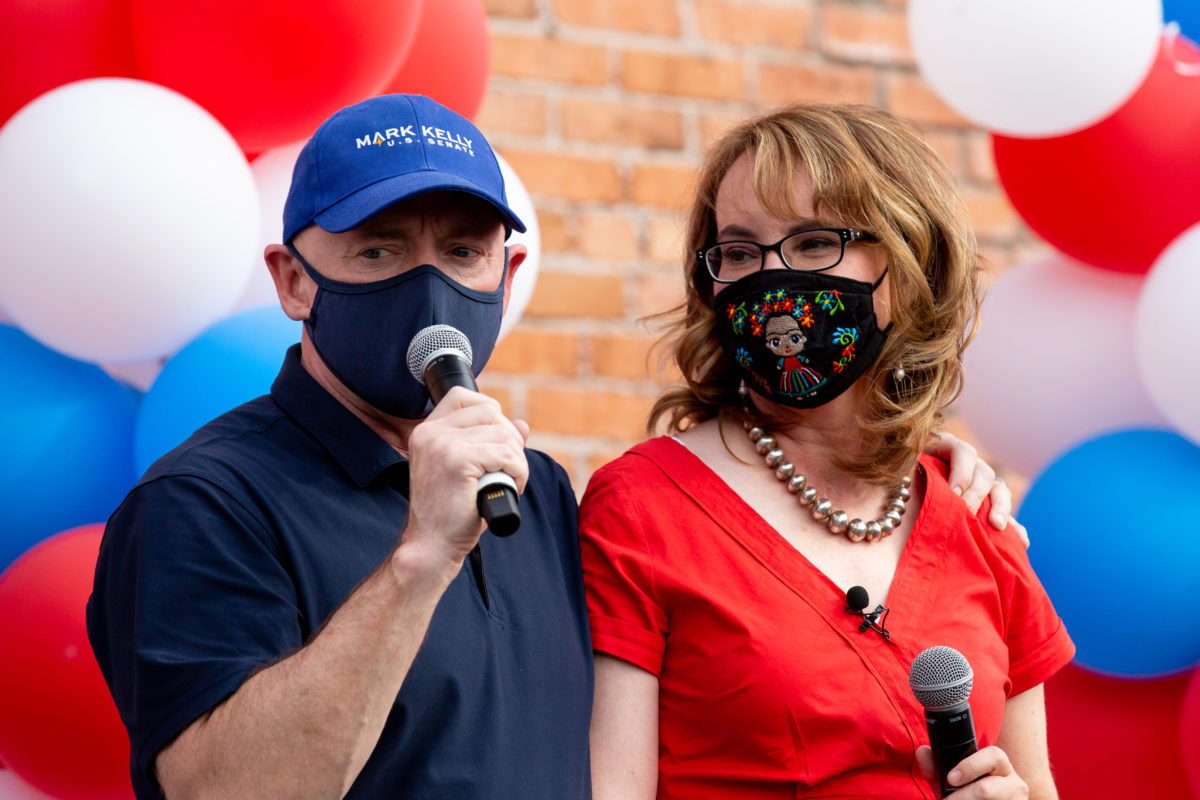 Sen. Mark Kelly (D-AZ) condemned the vandalism at Tucson’s Congregation Chaverim — where his wife, former Rep. Gabrielle Giffords, (D-AZ) is a member — in a statement to Jewish Insider on Friday.

“This act of vandalism in Tucson is personal for Gabby and me. We continue to keep Arizona’s Jewish community and the members of the congregation in our thoughts,” Kelly said in a statement on Friday evening, in response to a JI inquiry a day earlier. “Anti-Semitic attacks fly in the face of who we are as a country and as a state. There is no place for hate in Arizona.”

Tucson Police Sergeant Richard Gradillas told JI on Sunday night that the incident is currently classified as vandalism, not a hate crime, but that classification could change as more information is gathered.

Giffords first spoke out about the incident, in which an individual threw a rock through a window, in a tweet on Thursday.

“Yesterday, my synagogue in Tucson was vandalized,” she said. “It’s heartbreaking to see such a disgusting act in a place where so many are meant to feel safest. Despite these actions, we will not be shaken. Hate has no place in Arizona.”

Asked what measures Kelly supports to combat the recent uptick in antisemitic violence, which came in response to the intense, 11-day battle between Israel and Hamas, the senator’s office pointed to Kelly’s co-sponsorship of the COVID-19 Hate Crimes Act, which was signed into law on Thursday. His office also noted that he signed a letter to President Joe Biden in April urging him to “expeditiously” nominate an ambassador to monitor and combat antisemitism.

Kelly’s office did not indicate any plans to introduce or support any additional legislation, and did not respond to a question from JI about whether he supports expanded funding for the Nonprofit Security Grant Program (NSGP), which provides federal funding to houses of worship and nonprofits to enhance their security.

House lawmakers have expressed support for doubling NSGP funding to $360 million, while senators who have historically been strong supporters have recently declined to specify their funding target. In 2020, the House voted in favor of significantly greater funding for NSGP than did the Senate.