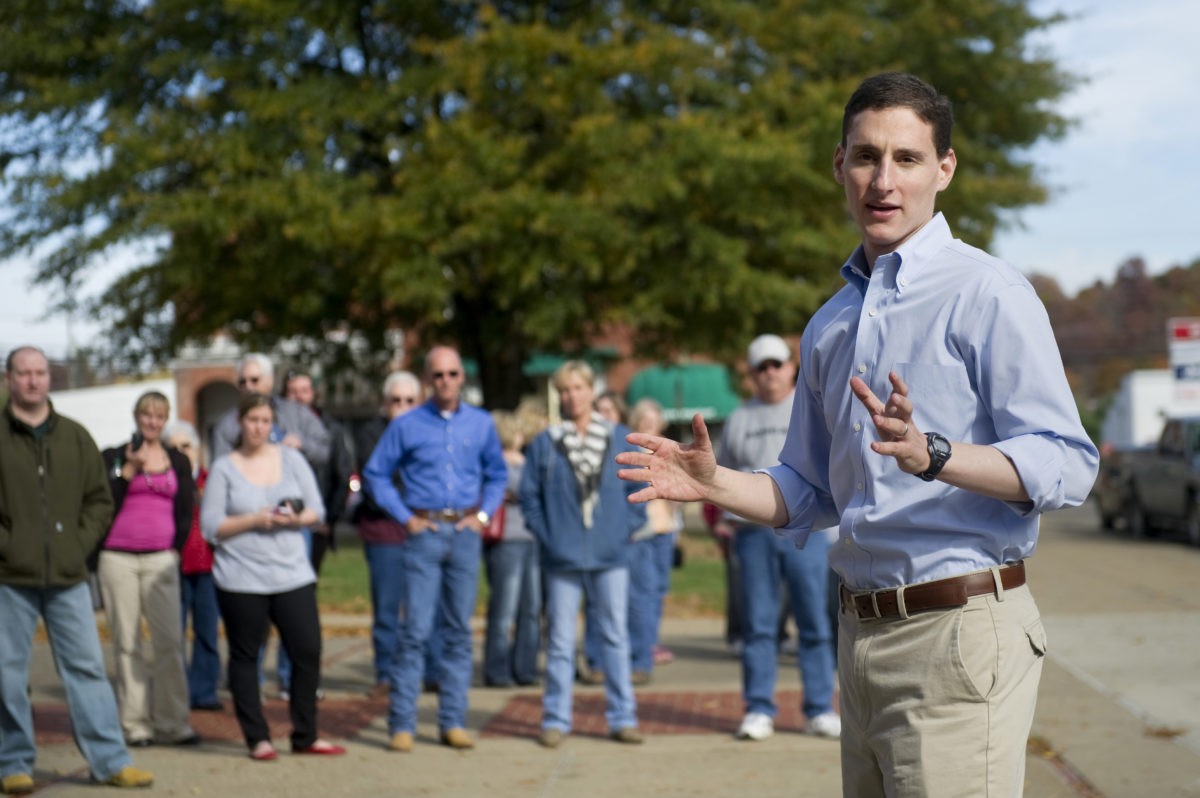 Josh Mandel, a Republican Senate candidate in Ohio, is holding a high-profile virtual fundraising event on Monday alongside several pro-Israel heavyweights including former U.S. Ambassador to Israel David Friedman, billed as a “special guest” on the invitation for the May 10 event.

Elan Carr, the Trump administration’s special envoy to monitor and combat antisemitism, who is one of 15 hosts, shared the invite in a Wednesday morning tweet. “Amb. Friedman and I, with leaders from across the country, are proud to support front-running US Senate candidate Josh Mandel,” Carr wrote. “48th Treasurer of Ohio, US Marine, Iraq War veteran, and my good friend, Josh is a true patriot and great leader for our country.”

The fundraiser suggests that Mandel is likely to receive some significant support from prominent members of the pro-Israel community as he struggles to gain traction in the crowded field of candidates vying to succeed outgoing moderate Sen. Rob Portman (R-OH). Former GOP state party chair Jane Timken, tech executive Bernie Moreno and businessman Mike Gibbons have entered the race in recent months, and more are expected to join as election season heats up.

“Josh is a proud American, Marine, Jew and Zionist,” Scott Guthrie, a spokesman for Mandel, told Jewish Insider on Wednesday when asked about the upcoming benefit. “He is grateful to have the support of so many American patriots who have fought for a strong U.S.-Israel relationship. He also feels blessed to have evangelical Christian Zionists across Ohio supporting his campaign for U.S. Senate.”

Still, Mandel appears to have had some trouble courting contributors, despite early favorable polling from the conservative Club for Growth, which endorsed him. Recent filings from the Federal Election Commission revealed that Mandel’s campaign lost money in the first quarter of the year. In April, sources told Axios, Mandel crashed a Palm Beach donor retreat hosted by the Republican National Committee, but was escorted from the event because his name was not on the invitation list.

Mandel has emerged as a polarizing figure as he seeks to channel former President Donald Trump, who remains popular among Republican voters in Ohio and has yet to make an endorsement in the race. In March, Mandel’s Twitter account was briefly suspended after he posted an inflammatory poll asking whether “Muslim Terrorists” or “Mexican Gangbangers” would be “more likely to commit crimes.”

The tweet drew widespread condemnation, including from a Jewish community member in Columbus who, in a Cleveland.com guest column, castigated Mandel’s “reprehensible rhetoric” as “no different than the way people used to talk about Jews.”

Recently, Mandel has somewhat softened his rhetoric, presenting himself as a more traditionally conservative man of faith in his first TV ad, released at the end of March during Passover.

“This time of year we celebrate that God is always in control,” Mandel said in the 30-second spot over soft piano accompaniment. “I’m Josh Mandel, and I personally know that’s true. You see, my grandma was saved from the Nazis by a network of courageous Christians who risked their lives to save hers. Without their faith, I’m not here today.”

“I’m Josh Mandel and I approve this message, because in dark times like this past year, faith is our brightest light,” he concluded.

Mandel ran unsuccessfully against Sen. Sherrod Brown (D-OH) in 2012. He mounted a second challenge in 2018 but withdrew from the race. From 2011 to 2019, he served as Ohio’s state treasurer, overseeing record investments in Israeli bonds.

In a February interview with JI, shortly after he announced his candidacy, Mandel emphasized a deep personal connection with the Jewish state.

“I’m raising my three kids to be proud Americans, proud Jews and proud Zionists,” he said, adding: “I’m also proud to have many cousins who live throughout Judea and Samaria, and I believe that Jews have the biblical right to live, build and prosper in every corner of Judea, Samaria and the entirety of Israel.”