Yesh Atid leader Yair Lapid has just over a week to attempt to build a coalition government, but even he admits his chances are slim 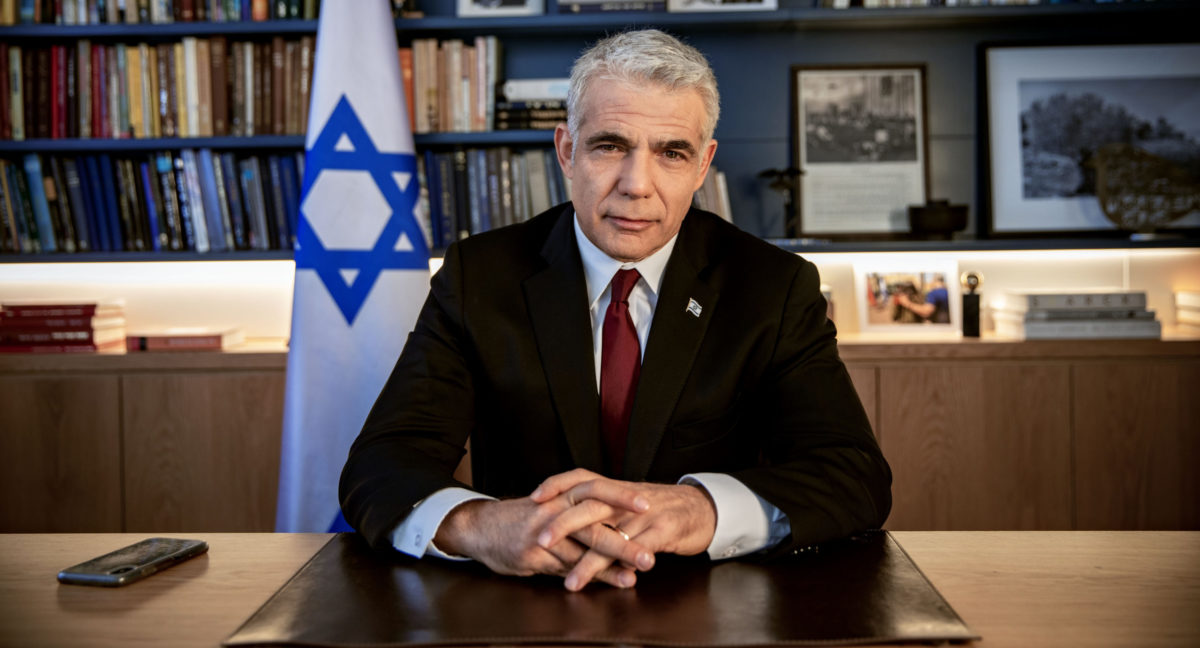 Israel's opposition leader Yair Lapid poses for a photo at his office in Tel Aviv, Israel, Thursday, May 21, 2020.

With a little over a week until Yair Lapid’s mandate to form the next government expires on June 2, the Yesh Atid leader has vowed to continue his efforts until the very last minute, despite his predicted failure.

Marathon talks: Lapid restarted coalition negotiations on Monday, three days after the cease-fire between Israel and Gaza took effect. He admitted that his chances of forming a government are not high, but that he would “leave no stone unturned,” adding: “In the coming days I’ll do everything to form a government.” Yamina leader Naftali Bennett has not fully ruled out joining Lapid, but the chances of such a government appear slim after the recent round of violence. Yamina No. 2 Ayelet Shaked told The Jerusalem Post on Monday that “I don’t see it happening.” Still, Bennett himself wrote on Facebook over the weekend that: “There remain a number of options for forming a government.”

First steps: On Tuesday morning, Lapid signed his first coalition deal, with Yisrael Beytenu leader Avigdor Liberman, promising him the post of finance minister. In the coming days, Lapid will continue negotiations with Blue and White, Labor, Meretz and New Hope and will seek to gain the backing of Ra’am, the Joint List or both. New Hope leader Gideon Sa’ar reiterated once again yesterday that he has no intention of joining a coalition led by Prime Minister Benjamin Netanyahu. “Israel does not need more days and years of rule by Netanyahu,” he said at a meeting of his faction. “Quite the opposite.” Some Likud lawmakers have continued to suggest that members of New Hope could defect from the party to join Netanyahu, which the lawmakers quickly rejected.

Making moves: In a small victory for Lapid and the “change bloc,” the Knesset Arrangements Committee voted on Monday to fast-track bills that would impose term limits on the prime minister as well as prevent a politician under indictment from forming a government. Yamina did not support the bills, but they moved forward with the backing of the other parties in Lapid’s bloc. But Knesset Speaker Yariv Levin of Likud used his power to ensure that the bills will not come to a full Knesset vote for at least two weeks.

Blame game: Political leaders began trading blame over the weekend for the recent conflict with Gaza. Lapid proclaimed that Netanyahu’s “failures stretch from Mount Meron to Gaza, from the Temple Mount to Lod. The time has come for him to go.” Sa’ar said that “with the best intelligence and air force in the world, Netanyahu succeeded in extracting from Hamas nothing more than an ‘unconditional cease-fire.’ It’s embarrassing.” Bennett, meanwhile, accused Netanyahu of making military decisions that were “twisted and dictated by personal considerations and personality cult.”

Ticking clock: If Lapid is unable to form a government by June 2, he cannot request an extension from President Reuven Rivlin. The mandate would instead pass to the Knesset, where any member of Knesset would have 21 days to win the backing of the majority of 120 MKs. If no candidate can do so, a new election — the fifth in less than three years — would automatically be triggered, and likely scheduled for September or October.

By the numbers: A new poll from Channel 12 News released on Sunday indicates that the political deadlock would remain largely unchanged in an upcoming election. The poll shows Likud staying at 30, Yesh Atid and Blue and White gaining a few seats each, and Yamina dropping to just 5 seats. A poll from Channel 13 News put Likud at 29, predicted Yesh Atid and Blue and White would both gain multiple seats and Yamina would rise slightly to 8. But neither poll shows a clear path toward a future government.