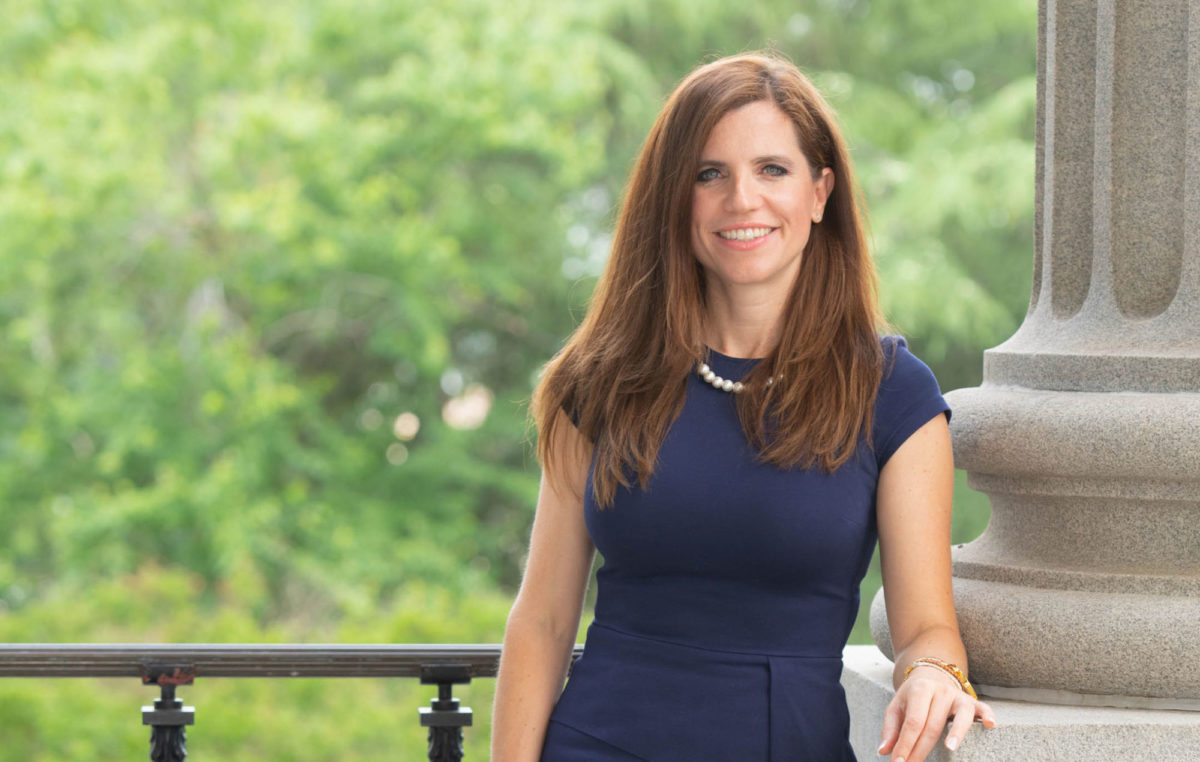 Within days of entering office as a first-term congresswoman, Rep. Nancy Mace (R-SC) had become a media star.

Mace spoke out against plans by fellow Republicans to object to the certification of electoral votes days after being sworn in. And following the January 6 riot, she made headlines for publicly denouncing President Donald Trump — who endorsed her and on whose campaign she previously worked — and for feuding with Rep. Marjorie Taylor Greene (R-GA), who was in the media’s glare for her support of the QAnon conspiracy theory.

As someone seemingly willing to buck the Republican mainstream, Mace made repeated appearances on cable news and found herself surrounded by gaggles of reporters when she headed to the House floor for votes.

“I don’t operate out of fear,” Mace told Jewish Insider in mid-January, when asked whether she was concerned that her comments against Trump and her GOP colleagues might impact her standing in her party. “I don’t want to sow seeds of division any longer. I truly believe we have to acknowledge — all of us — that we have a problem in this country and our dismissiveness has led to the violence that we’ve been seeing for months now.”

But some South Carolina political observers say Mace hasn’t stuck to that stance. She again came into the spotlight in early February in a public Twitter feud with Rep. Alexandria Ocasio-Cortez (D-NY) over the New York progressive’s recounting of her experience during the Capitol riot — which was not Mace’s first online spat with Ocasio-Cortez.

On her Twitter feed, Mace’s focus also shifted near the end of January from discussing the riots, election challenges and concerns about the state of the GOP to attacks on progressive Democrats like Ocasio-Cortez and Reps. Katie Porter (D-CA) and Ilhan Omar (D-MN), among others; criticisms of the media; and appeals to leading GOP talking points including increasing border security and reopening schools. She also spoke out in defense of the Trump administration.

Mace now finds herself in a similar bind to Republicans in other parts of the country, who are trying to figure out how to position themselves ahead of the 2022 midterms and evaluate how much staying power Trump and his influence will have going forward. The two most prominent GOP congressional leaders — House Minority Leader Kevin McCarthy (R-CA) and Senate Majority Leader Mitch McConnell (R-KY) — seem to be taking opposite approaches, with McCarthy fully embracing Trump and McConnell seeking to sideline him.

Political analysts in South Carolina who spoke to Jewish Insider see Mace’s shifting rhetoric as part of a deliberate strategy — a pivot back toward GOP base issues in order to re-ingratiate herself with Republican voters who were frustrated by her public break with Trump.

“There is a lot of buyer’s remorse. Some of these Trump supporters went and helped her, and then basically, they felt betrayed,” said Lee Bright, a former South Carolina GOP state senator, who believes Mace was attempting to “ride that wave” of anti-Trump sentiment at the beginning of January to gain political prominence.

Bright added that Mace is now “reading the tea leaves” and shifting back in a more conservative direction.

“I think she’s wise to get back in that direction because she definitely lost her base. And that wasn’t her base, it was Trump’s base. He just basically gave it to her on a silver platter,” he explained.

Gibbs Knotts, a politics professor at the College of Charleston, said he had also observed GOP dissatisfaction with Mace, both in online chatter and on local conservative radio.

“When she spoke out against Trump, it probably helped her with moderates,” Knotts told JI. “But for every person like that, there’s maybe two or three people in the Republican base that she angered.”

Mace’s office did not provide comment on this story.

A South Carolina GOP consultant, who requested to remain anonymous to protect his relationships with his clients, told JI that the South Carolina GOP congressional delegation is also unhappy with Mace, particularly due to her criticism of colleagues who voted to challenge the results of the 2020 presidential election.

The consultant agreed that Mace now appears to be attempting to pivot by “reaching out to the Trump protagonist” in order to appease her base.

Bright and the consultant both see such moves as part of a pattern for Mace.

“She’s not about ideas. She’s about advancing herself,” Bright said he told potential Mace supporters during the 2020 primary. “Anytime you support someone like that you’re going to get the result, and the result is that she’s going to try to read what the political winds are and she’s going to follow them.”

The consultant said Mace has a history of “trying to have it both ways on any number of issues” — recounting conversations he had with her about her voting record on the 2019 South Carolina state budget.

However, Bright and the GOP consultant said they are already hearing discussions about potential primary challenges to Mace.

“I’ve had people come to me and ask what I thought of their prospects, a couple of different people,” Bright said. Mace’s strongest competition in the 2020 primary was Kathy Landing, a town councilmember whom Mace trounced by more than 30 percentage points.

While the GOP consultant said he did not see any of the potential challengers as serious concerns for Mace, he added that, if Trump remains popular, “it could spell real trouble for her” down the line.

“As blue or purple or pink as you think this district is in November, it is scarlet red in June,” he said, referring to the GOP primary that month. “The fissure that would exist for [Mace] would be, particularly as it relates to Trump, would be a June primary sort of fissure.”

But in the long run, Mace’s current pivot could prove problematic. According to Knotts, Mace will have to balance her appeals to a disenchanted base with a need to be competitive in a general election. Mace’s district was previously held for one term by Rep. Joe Cunningham (D-SC), whom she beat by approximately 5,000 votes.

If Cunningham or another moderate Democrat faces Mace in a general election, Knotts said, Mace might find herself in a difficult spot.

“I understand why she’s trying to have it a little bit both ways,” he said. “But you want to be credible and you want to be somewhat consistent as a politician. And if you’re constantly changing, you run the risk of alienating both sides.”