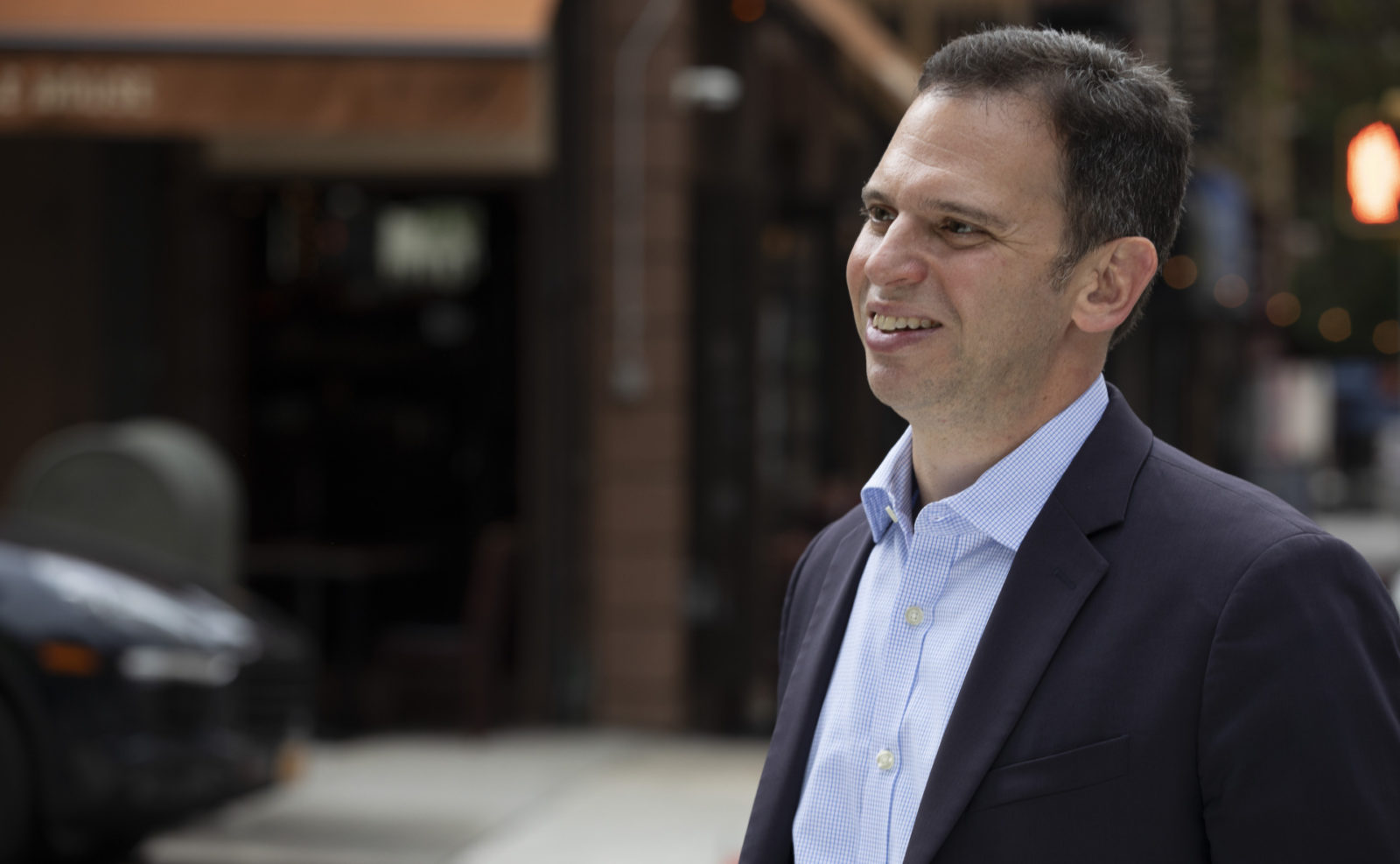 The defense attorney gunning to be Manhattan’s chief prosecutor

Of the eight candidates running for Manhattan district attorney, just three have no experience in prosecution. Dan Quart, a Democratic New York State assemblyman and criminal defense lawyer, is one of them — and he takes it as a point of pride.

“If I thought a prosecutor was the right person to turn this office around, to truly reform it, I wouldn’t be a candidate,” Quart, 48, said in an interview with Jewish Insider last week. “For those who want another prosecutor, they have their choice of five candidates. But I’m offering a different perspective, and, I think, the right perspective for Manhattan at this particular time.”

His perspective centers on a broad array of reforms that would significantly limit the purview of the office — a necessary step, he believes, in reducing incarceration rates and establishing a fairer criminal justice system.

Quart pledges to reduce the DA’s budget, though he doesn’t specify by how much, only noting that it might require “some level of attrition,” such as staff cuts. He also vows not to prosecute a number of low-level charges, including turnstile-jumping, consensual sex work and drug possession, which he describes as “public health issue, not a courtroom criminal issue.”

The state legislator is hardly the only candidate to suggest the office is in need of renovation as the outgoing incumbent, Cyrus Vance, Jr., prepares to step down after a decade in power. Quart’s opponents — all Democrats — have, to varying degrees, voiced criticism of Vance, who has been accused of mishandling a number of cases while also being overly punitive.

The jam-packed race includes former public defender Eliza Orlins, former federal prosecutors Alvin Bragg and Tali Farhadian Weinstein, and Diana Florence and Lucy Lang, both of whom worked under Vance as assistant district attorneys and have sought to distance themselves from their former boss.

But Quart, who is the sole elected official in the race, argues that he has the legislative record to back up his campaign promises. During his time in the Assembly, where he serves a district on the Upper East Side of Manhattan, Quart avers that he has helped pass laws that have had a meaningful impact on the state’s legal infrastructure, including bail reform and a bill ending a ban on gravity knives which, advocates charged, disproportionately impacted minorities.

“The overwhelming majority of those individuals who were prosecuted were people of color,” Quart said. “It took me seven years, over two vetoes by the governor, but I was able to decriminalize something that people could purchase at a hardware store.”

Nily Rozic, a Queens assemblywoman, said that Quart has long been “at the forefront” on criminal justice issues. “I’ve seen firsthand Dan’s work, and can certainly trust and rely that he will be the kind of district attorney who takes issues seriously,” Rozic told JI, “who fights for communities that are the most vulnerable, who really need the most help.”

Quart grew up in the Upper Manhattan neighborhood of Washington Heights, an experience he describes as formative for a future lawyer.

“Washington Heights in the 1980s was a very diverse community, before they used the word diverse to describe communities with different ethnicities,” he said, recalling that he was occasionally singled out for being Jewish as a kid. “I’ve experienced aspects of hate in my life,” he told JI. “It’s something that sticks with me.”

Still, Quart emphasized that punishing those who perpetrate hate crimes — which have ticked up in recent years — isn’t always the appropriate response.

“I do understand, even though I was on occasion targeted for being Jewish, that education and restorative justice and getting that person to understand the harm that he or she is doing is the better solution than some sort of punitive approach of extended jail time,” he said. “That’s never going to work as a long-term solution.”

Quart feels differently about law enforcement officials who commit crimes. As district attorney, he said he would prioritize holding police officers accountable when they use excessive force or file false reports.

“I’ll apply a single standard of justice,” noted Quart, who adds that there may be some instances in which he will have to recuse himself from major police investigations to avoid even the appearance of impropriety. “In certain cases where the injury is severe or significant,” he said, “I would ask for a special counsel because of the inherent conflict between the district attorney’s office and the NYPD, who we work with every day.”

Quart is in favor of reducing the police budget as part of an effort to remove officers from their involvement in social problems like homelessness and mental illness. “We’ve put them in a position to do certain things they’re poorly trained for and the results demonstrate that,” he said.

Perhaps the most talked-about topic in the district attorney race is the investigation of former President Donald Trump’s finances now being led by Vance. But Quart declined to comment directly on the criminal probe, which could be inherited by the next DA. “My public statements about Donald Trump are well-known and a matter of public record as an elected official over the last half decade,” Quart said, “about his lawlessness, about his indecency.”

For the moment, however, he said he would delay further judgement.

“Right now, we have one district attorney at a time, and Cy Vance is the DA,” Quart told JI. “He’s putting together, apparently, a team to investigate this matter. So I think it would be wise of all candidates to allow DA Vance to proceed until his tenure is up, and then one of the eight of us will have the privilege of making decisions about this potential case.”

With no public polling, it is difficult to assess which candidates have an edge in the jam-packed primary battle. But Eli Valentin, a political analyst in New York, suggested that Quart was in a strong position to emerge victorious thanks to his formidable war chest as well as endorsements from prominent lawmakers like Rep. Carolyn Maloney (D-NY).

In a crowded race that won’t be subject to the city’s new ranked-choice voting system, Valentin said, Quart could be operating at an advantage. “I think that favors a candidate like Quart, who is well-known in his district and has garnered some key support in different communities in Manhattan,” Valentin told JI. “He has the makings for a winning campaign.”

Quart, for his part, feels as if his credentials uniquely qualify him for the role — and that voters will ultimately take note when they head to the polls in June.

The aspiring DA attended law school at St. John’s University and began his career in private practice while doing pro bono work for the Legal Aid Society’s civil division. After an unsuccessful City Council bid in 2005, he opened a legal clinic, and then, in 2011, was elected to his current role representing the Upper East Side, where he lives with his wife and two children.

“I have been a leader in Albany on legal issues related to reforming our criminal legal system to achieve decarceration, fairness and a greater sense of equity for Manhattanites,” Quart said. “Running for district attorney is an extension of those life experiences, as well as my desire to execute on policies that will completely revamp and reform this office — not to be another prosecutor to run this office, but to offer real and meaningful change.”