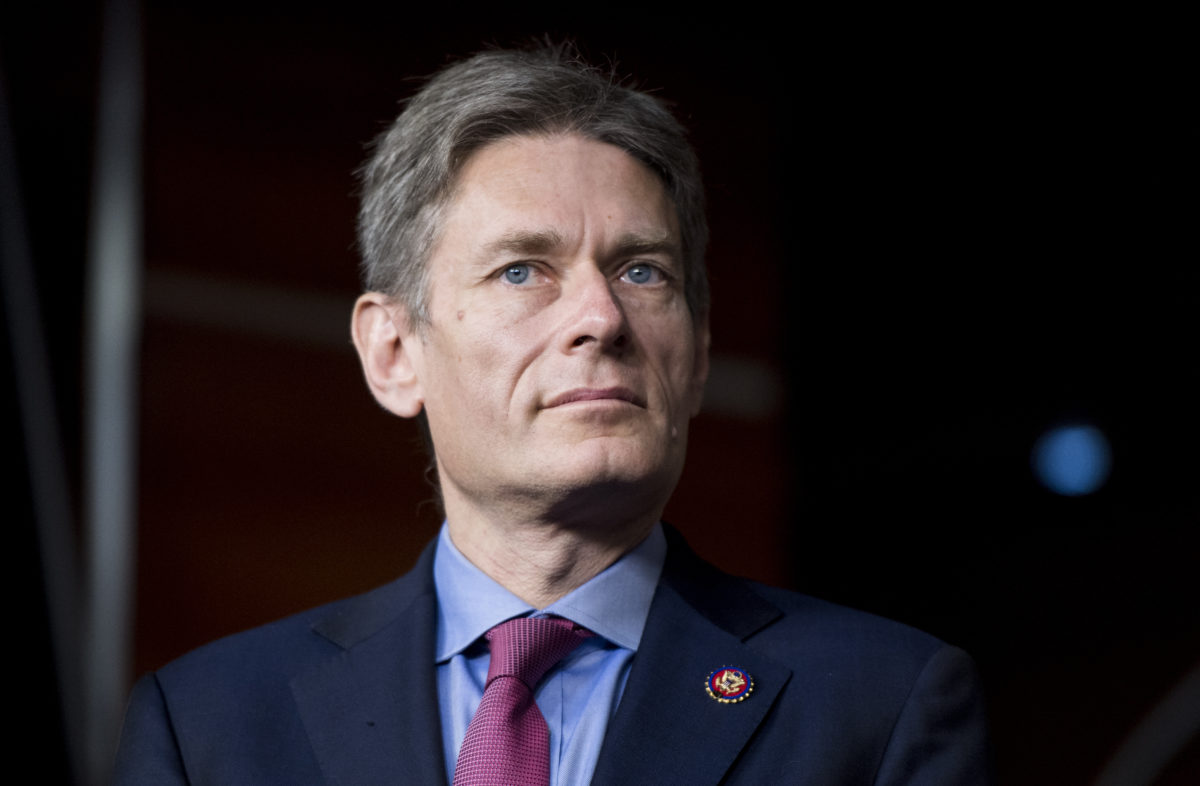 Rep. Tom Malinowski (D-NJ) may be uniquely suited for his new role as vice chair of the House Foreign Affairs Committee in the Joe Biden era. A former assistant secretary of state in the Obama administration, he has long-standing personal relationships with foreign policy heavyweights inside the Biden administration including Secretary of State Tony Blinken, Special Envoy on Iran Rob Malley and Philip Gordon, deputy national security advisor to Vice President Kamala Harris.

“I am very happy for the opportunity [the vice chairmanship] gives me to take part in shaping the committee’s agenda over the next two years,” Malinowski told Jewish Insider in an interview on Monday afternoon.

At the top of that agenda, Malinowski said, is the coronavirus — examining the U.S. role in helping distribute vaccines globally, reengaging with international health organizations and taking a leadership role in the global pandemic response.

The committee’s top priorities also include a range of China-related issues, including trade and economic concerns, crackdowns in Hong Kong and the alleged genocide against the Uighurs in Xinjiang; the U.S. relationship with Saudi Arabia; and preventing Iran from obtaining a nuclear weapon.

Malinowski said he supports the administration’s approach to Iran, but added, “The job of the committee is not to be a cheerleader. Our job is to conduct oversight.” He explained that the committee will scrutinize the administration’s plans to address Iran’s non-nuclear provocations, including its ballistic missile program, its support for terrorist groups abroad and its domestic human rights violations.

“We’ll be in a better position to address those problems if we can get the nuclear program back in the box, which is one reason I support bringing ourselves and Iran back into compliance with the JCPOA,” Malinowski said. “But I don’t consider the nuclear program to be more important than anything else. All of those issues need to be addressed.”

Malley, who Malinowski described as “a very good friend, a very thoughtful person [and] a great diplomat,” will be helping to lead those efforts for the Biden administration.

“He’s going to be a tremendous asset to the president and to Secretary Blinken,” Malinowski said of Malley, his former teammate on the Edlavitch Jewish Community Center of Washington, D.C.’s indoor soccer team. “I know Secretary Blinken has tremendous confidence in Rob, and I look forward to working with him.”

The congressman and former soccer goalie added that he, Malley and Blinken played alongside Americans, Israelis, Iranians and Palestinians at the JCC.

“I used to plan the future of the Middle East while making diving stops of point-blank shots at my goal,” he said. All of the players, he added, “[shared] an interest in the politics of the region and total domination of the soccer league.”

Malinowski is unsurprised by reports that Biden and Blinken are looking to form a “team of rivals” to tackle the Iran portfolio.

“Both Tony and Rob are very comfortable with debate and dissenting opinions. They want to be surrounded by people who will disagree with them, and challenge them,” he said. “So I would hope and expect that the Iran team will include people who were strong supporters of the JCPOA. But also some folks who are more skeptical.”

But Malinowski emphatically dismissed concerns that the Biden’s administration’s State Department could take a more hostile posture toward Israel as a result of Malley’s appointment and speculation that Matt Duss, a foreign policy advisor to Sen. Bernie Sanders (I-VT), may also be headed to Foggy Bottom.

“The policy is going to be set by the president with strong support from Secretary Blinken and National Security Adviser [Jake] Sullivan. All of them are strongly pro-Israel and well known to supporters of Israel,” Malinowski emphasized. “They are all open to surrounding themselves with folks who have different points of view to their right, to their left… But I would not be concerned about the fundamental commitment of this administration to the U.S. relationship with Israel or to any other core principles that President Biden embraced during the campaign and over his long career.”

Malinowski agreed with Biden officials that a comprehensive Middle East peace agreement is unlikely in the short term. The path forward, he explained, lies in bringing Israelis and Palestinians together on issues including economic partnerships, dealing with the pandemic and handling long-standing issues like the Palestinian Authority’s payments to the families of terrorists.

“Progress on those discrete issues will create a better atmosphere for addressing the bigger questions,” the New Jersey congressman said.

The letter urged the Biden administration to sanction any individual involved in the murder of Washington Post columnist Jamal Khashoggi who has not yet been sanctioned; freeze delivery of offensive weapons to Saudi Arabia pending a review of the Yemen conflict; and swiftly demand that American citizens detained by the Saudi government be released. The letter also called on Blinken to reverse the Trump administration’s designation of the Houthis as a foreign terrorist organization, which the administration did last week.

“The Saudi government must show greater respect for American concerns about the treatment of our citizens and residents, the humanitarian catastrophe in Yemen, and fundamental human rights,” the letter reads. “American support for the Kingdom is not a blank check and Saudi Arabia should understand that we will no longer overlook actions inconsistent with American interests and values to preserve a relationship that, over the past several years, has served Saudi interests more than it has served our own.”

In addition to the range of foreign policy issues on his plate, Malinowski is facing a different challenge closer to home. Republican New Jersey Senate Minority Leader Tom Kean, who ran against Malinowski in 2020 and lost by just over one percentage point, has signaled he plans to challenge Malinowski again in 2022.

“I’m focused on doing my job until Election Day 2022, and I expect well beyond that,” Malinowski responded. “I’m confident that as long as we keep delivering, and I keep delivering on crushing this pandemic, restoring the economy, protecting folks in my district from the extremism that so many of them are concerned about in our country, I’m going to keep winning.”