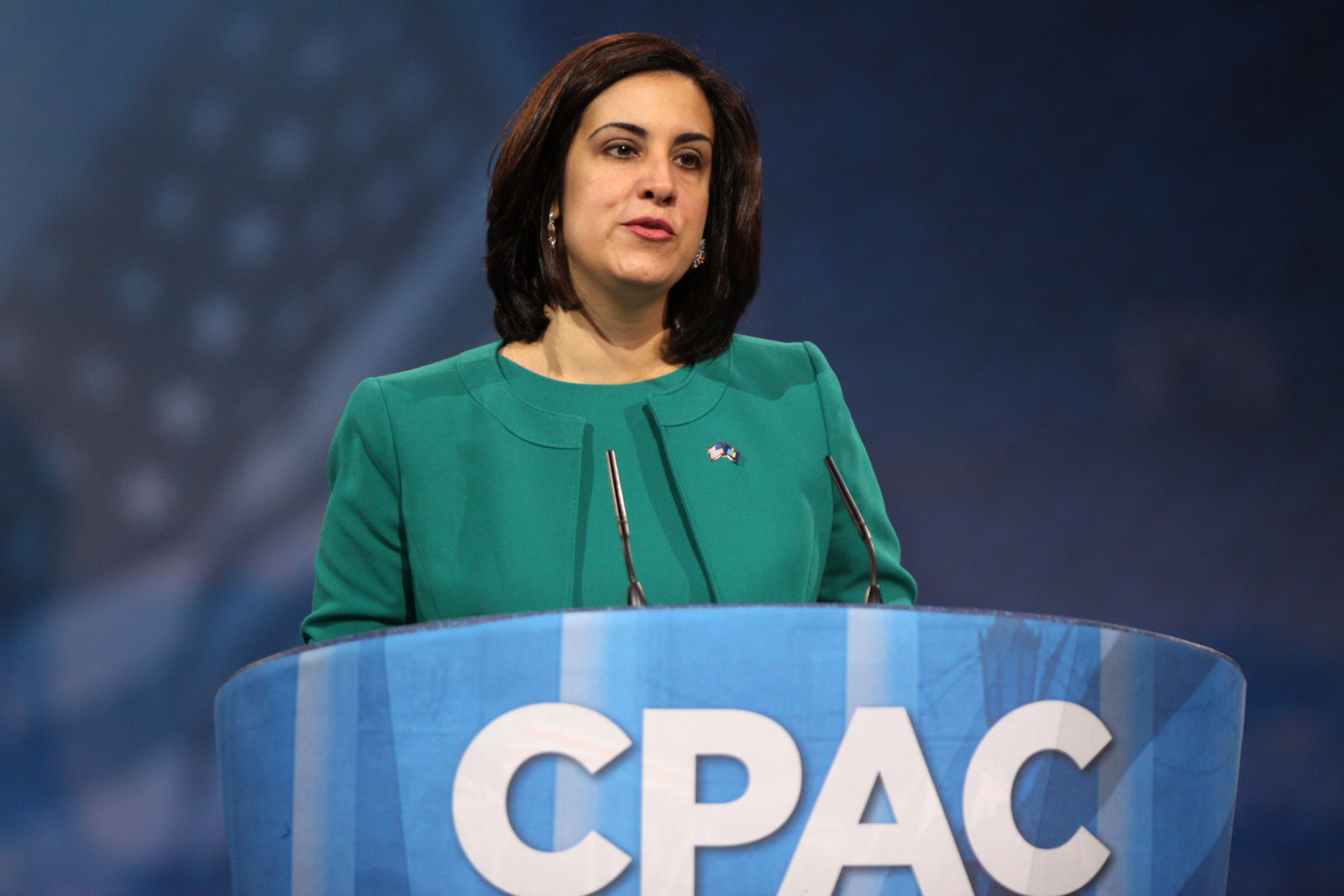 Republicans entered the 117th Congress riding high off a series of unexpected election victories. Now, Republicans in the House are facing deep fractures over votes to overturn the Electoral College as well as members who chose to impeach former President Donald Trump. But freshman Rep. Nicole Malliotakis (R-NY), who represents Staten Island and South Brooklyn, believes the party will be strongest when it comes together.

Conference Chair Liz Cheney (R-WY) has faced the brunt of the internal criticism, with more than 100 Republicans seeking to remove her from her position as conference chair. Cheney, the No. 3 Republican, was the highest-ranking GOPer to vote to impeach Trump. But Malliotakis, who continued to defend her vote against certifying the election results in a heated CNN interview last week, told Jewish Insider in an interview on Tuesday that she does not support such a move.

“If members of the conference decide they want to replace her in two years, then they should do that,” Malliotakis said. “But I think anything else is a distraction from the work that we have to do. And we need to stay focused.”

The New York congresswoman believes the GOP can be a powerful force in the current Congress as long as the party remains united.

“When Democrats and Republicans negotiate and they hear our side, we can make policy better,” Malliotakis said. “So I think if we stand united as a conference, being that the margin is so close, that we can have an impact on shaping some of the legislation. If the president is truly open to hearing what all Americans have to say, we represent millions of Americans and their voices need to be heard as well.” Democrats hold a razor-thin 221-211 majority in the House.

Malliotakis was one of several GOP freshmen who were selected on Monday to join the influential House Foreign Affairs Committee. Malliotakis told Jewish Insider that she was “excited” about the opportunity.

“Our foreign relations have a large impact on our nation, predominantly from an economic standpoint and a national security standpoint. I believe that the Trump administration had made significant inroads,” Malliotakis said, pointing specifically to the United States-Mexico-Canada trade agreement, which replaces the North American Free Trade Agreement (NAFTA).

“And then looking at the significant successes the Trump administration had over the last four years and in bringing both stability, normalization and peace to the Middle East region, particularly with the deals negotiated between Israel and neighboring nations, I think was something that we need to build upon,” Malliotakis continued.

Malliotakis said she hopes Biden will take advantage of the momentum of the Abraham Accords, which normalized relations between Israel, the United Arab Emirates and Bahrain. She praised Trump’s efforts to isolate Iran — even though the Iranian regime accelerated its nuclear program during Trump’s presidency.

The freshman congresswoman, the lone Republican representative in the New York City delegation, has recently called for unity and bipartisanship — even signing on to a joint letter from 17 first-term House Republicans to President Joe Biden.

During her interview with JI, Malliotakis suggested that Biden could turn to Republicans, rather than what she called the “radical left,” for support in advancing policies on COVID recovery, the economy and transportation and infrastructure.

“There’s certain policies we’re just not going to agree on. We know that. But I think in certain areas, there is that opportunity to find common ground, and we should work towards that,” Malliotakis said.

Malliotakis is a member of the “Freedom Force,” a group of first-term Republican representatives that aims to provide counter-messaging to the progressive “Squad.”

The group is not currently working on specific legislation, Malliotakis indicated, but she said it plans to push back against policy proposals from the left flank of the Democratic Party and support law enforcement, border security, and the global promotion of democracy.

Like many other elected Republicans, Malliotakis criticized the president for climate-focused executive orders that brought the U.S. back into the Paris Climate Accords and canceled the Keystone XL pipeline.

“He’s been very swift with the pen on the executive orders,” Malliotakis said. “I think, maybe taking a step back and talking to some of the stakeholders about the negative impacts would be appropriate.”

She emphasized that she does not see such moves as in line with Biden’s inaugural pledge to be a president for “all Americans.”

“We should be able to expect [him], particularly after he called for unity, and says he wants to be president of all Americans, to listen to what our concerns are, and try to address them by perhaps tweaking legislation to address some of our concerns,” Malliotakis said. “Unity is a two-way street.”