“Trump is everything she hated,” said Arendt expert Roger Berkowitz 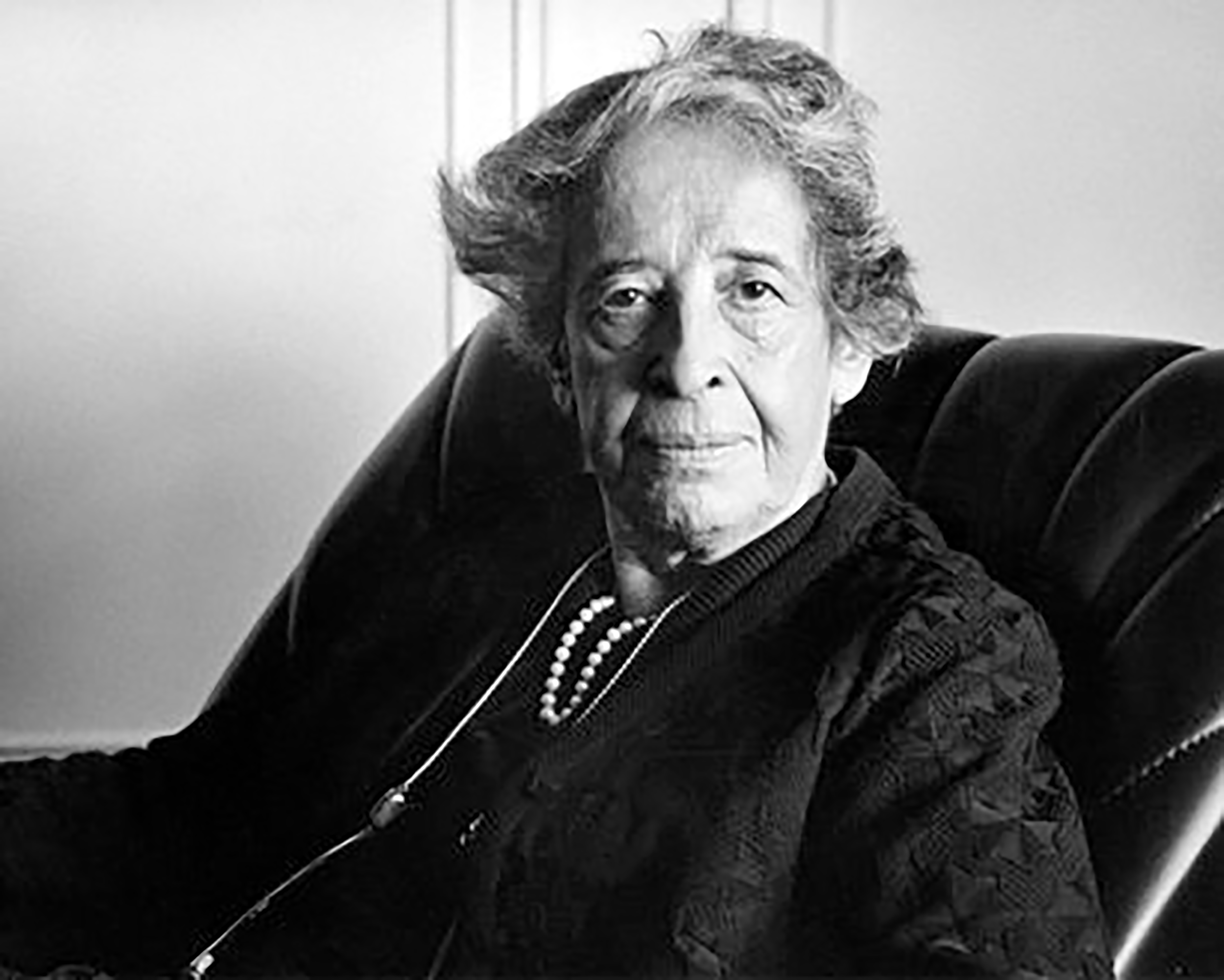 Of the many names included in President Donald Trump’s executive order on Monday expanding on a previous mandate to establish a statue park called the “National Garden of American Heroes,” one that stands out as particularly unexpected is Hannah Arendt, the German-born Jewish political philosopher who fled Nazi Germany and eventually settled in the United States, where she became an American citizen in 1951.

For those even passingly familiar with Arendt’s oeuvre, including her best-known work, The Origins of Totalitarianism, Trump’s announcement no doubt came as a surprise — and a jarring one at that. Over the past four years, Arendt’s writings — including her famous coinage, “the banality of evil,” a phrase she invented after witnessing Nazi war-criminal Adolf Eichmann’s trial in Jerusalem — were repeatedly invoked as opinion columnists, professors and other pundits endeavored to make sense of the president’s apparent flirtation with autocracy, so often that it has become something of a journalistic cliché.

On social media, Arendt’s inclusion in Trump’s list was, predictably, singled out.

But what would Arendt have made of Trump’s executive order? It’s impossible to say, of course — she died in 1975 at the age of 69 — but those who are in a position to speculate offered varying takes.

“I think she would be appalled,” Roger Berkowitz, who directs the Hannah Arendt Center at Bard College — on whose campus Arendt is buried and where she taught for many years — told Jewish Insider on Monday evening. “I think Arendt would find it ridiculous that Trump nominated her. I think she would find Trump ridiculous, and I think she’d find him dangerous insofar as he undermines the basic idea of truthfulness and truth in the country. His attack on the election she would have found abhorrent and dangerous.”

“Trump is everything she hated,” Berkowitz added. “That said, so is 90% of our politics, and she would have seen, for the most part, Trump as a symptom of what is wrong with our politics. What makes him exceptional is just his absolute lack of shame and his willingness to flout all common norms and standards.”

Jerome Kohn, Arendt’s literary executor, was more measured in his assessment. “Hannah Arendt would, I believe, be proud, humbled, and puzzled to have a place in a ‘National Garden of American Heroes,’” he told JI via email. “She received many honors in her life, which always filled her with pride tempered by humility. To be honored by it made her feel indebted to the world, and while she was proud to try to pay that debt, the experience was, above all, humbling.”

Kohn made sure to add that Arendt would likely have been equally bewildered upon hearing the news, given the tenor of her later essays on the state of American politics.

“This particular honor also might have puzzled her,” he mused, “in the sense that her huge admiration for the founding of the American republic, which is unmistakably articulated in her book On Revolution, clearly diminished in her later writings, including ‘Home to Roost’ and ‘Lying in Politics.’”

Despite his strongly worded appraisal, Berkowitz acknowledged that Arendt might also possibly have been flattered by the president’s order.

“She was someone who fled fascism and totalitarianism, came to the United States and really fell in love with America, thought America was the country in the world that came closest to her ideal of political freedom, at least in its potential,” he said, adding that Arendt “deeply believed in the importance of heroes and in remembering heroes.”

For his part, Berkowitz found the announcement befuddling. “Who knows where these names come from?” he said, wondering aloud if Trump even knew who Arendt was. “I have no idea.”

The White House did not respond to a request for comment regarding Arendt’s inclusion in the garden, which includes 244 historical figures from show business, sports and science, among other areas. Other featured individuals include Elvis Presley, Johnny Appleseed, Supreme Court Justice Ruth Bader Ginsburg, Walt Disney, Rev. Martin Luther King, Jr., and Lauren Bacall.

Trump first teased the garden in an executive order on July 3. His latest order provides more context and additional names as well as an explanation for those included in the announcement.

“In short, each individual has been chosen for embodying the American spirit of daring and defiance, excellence and adventure, courage and confidence, loyalty and love,” the order reads. “Astounding the world by the sheer power of their example, each one of them has contributed indispensably to America’s noble history, the best chapters of which are still to come.”

It is unclear if or when the garden will be completed, as Trump’s term ends on Wednesday at noon — capping off a turbulent run that, Berkowitz noted, Arendt presciently forecasted near the end of her life.

“Trump is a boorish, low-class, narcissistic PR man,” Berkowitz said. “He is everything she hated in the world and everything she thought was the worst about America. The whole 1960s were spent with her writing about the danger of the public relations mentality in politics. The last speech she gave was all about the danger of the PR man and how it could ruin American democracy.”