In a call hosted by the Jewish Democratic Council of America, Warnock pushed back against GOP attacks questioning his Israel bona fides 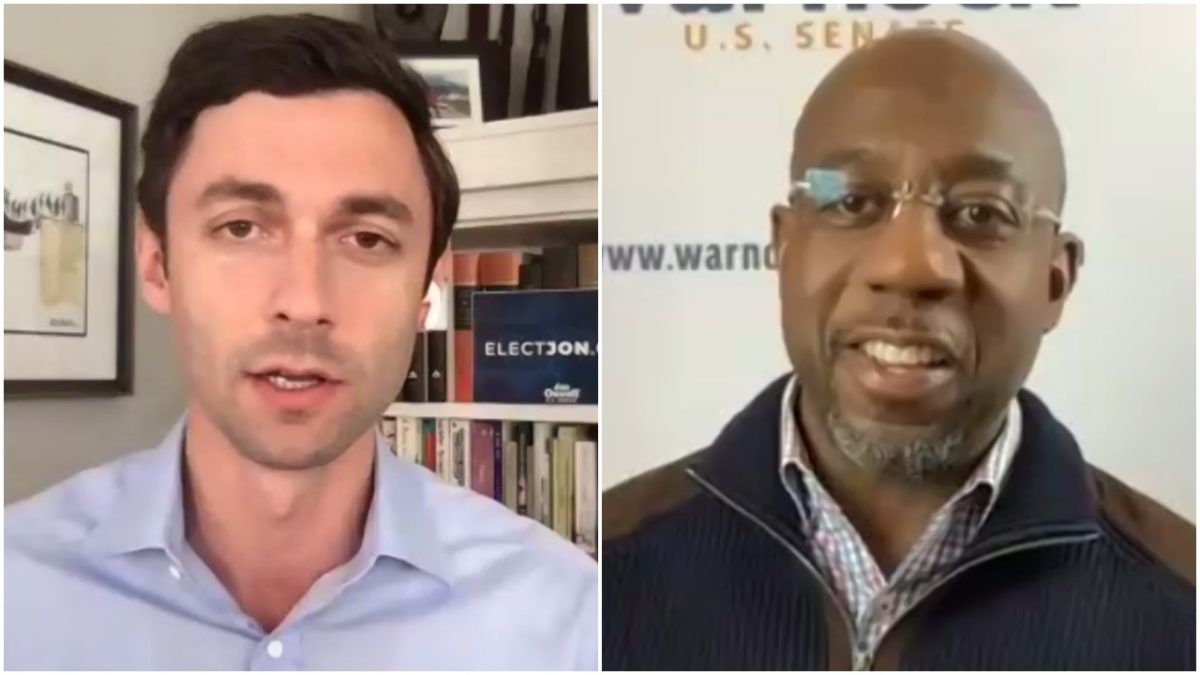 Rev. Raphael Warnock, the Democratic nominee for Senate in Georgia’s January 5th runoff, sought to publicly clarify past comments on Israel and in a Zoom call on Tuesday.

“I am a staunch ally and supporter of Israel, and I echo without reservation Dr. [Martin Luther] King’s perspective that Israel’s right to exist as a state in security is incontestable,” Warnock emphasized on a call hosted by the Jewish Democratic Council of America and  moderated by former U.S. Ambassador to Israel Dan Shapiro. “And so that will be reflected in my work in the Senate.”

Sen. Kelly Loeffler (R-GA) ran attack ads against Warnock last month after a video of a 2018 sermon — in which the pastor accused Israel of shooting down “unarmed Palestinian sisters and brothers like birds of prey” — began to circulate online. In 2019, Warnock signed his name to a statement likening Israeli control of the West Bank to “previous oppressive regimes” and calling the “heavy militarization of the West Bank, reminiscent of the military occupation of Namibia by apartheid South Africa.”

Loeffler repeated the attacks during a televised debate earlier this week. “He’s called Israel an apartheid state and said that we should end military assistance. He’s compared Israelis defending themselves against Palestinians, he’s compared them to birds of prey, and he’s celebrated Jeremiah Wright, an anti-American, antisemite. That’s divisive,” the Republican senator said.

Speaking Tuesday along with Senate candidate Jon Ossoff, who is facing a runoff against Sen. David Perdue (R-GA), Warnock sought to explain his 2018 remarks. “As you might imagine, I’m a pastor. I preach every Sunday — I preach a lot of sermons. And I think that — as I recall that sermon — I was speaking to the issue of activists and human rights and the ability of people to be heard,” he stressed. “At the same time, I have an increasing recognition of Hamas and the danger that they pose to the Israeli people. And so it’s a complicated situation. It’s one that I will always engage as a principled and honest broker, who both affirms humanity, human rights, and at the same time trying to get us to a place where Israel can exist alongside its neighbors in peace.”

“I will always affirm the right of people to protest non-violently. But at the same time, I condemn BDS [for] its refusal to acknowledge Israel’s right to exist,” he added.

Warnock accused the Republicans of “trying to use Israel as yet another wedge issue in this campaign. And I think that’s quite unfortunate.”

The Democratic candidate also pledged to fully support continued security assistance to Israel under the 2016 Memorandum of Understanding. “Our aid and support of Israel is something that I would advance as a member of the Senate,” he said.

Ossoff told participants he is looking forward to, “as a Jewish leader” in the Senate, promoting strong American diplomacy to bring about a lasting peace between Israelis and Palestinians.”