Drs. Avital Beck and Hadas Shatz-Azoulay are the co-founders of MilkStrip, the first-ever at home breast milk diagnostic kit 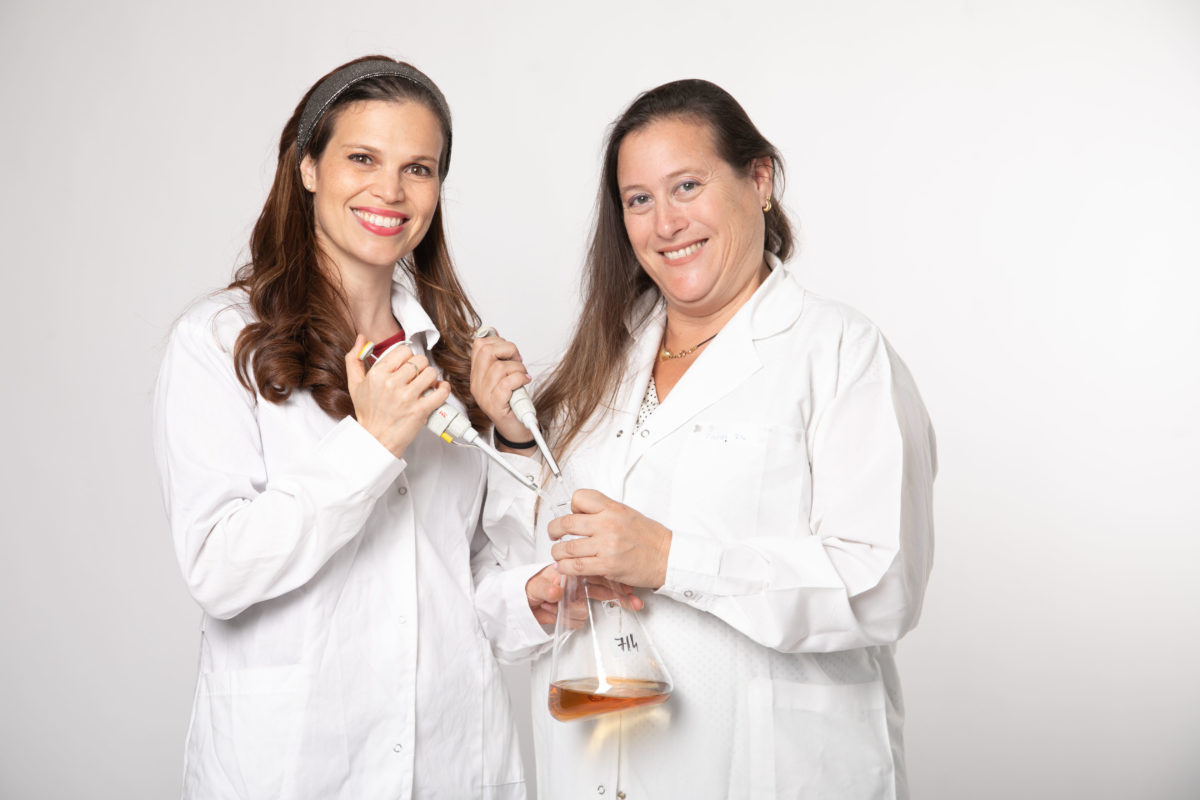 Dr. Avital Beck understands what it’s like to cry over spoiled milk.

The scientist and mother of six has had plenty of firsthand experience worrying about the freshness and viability of pre-pumped breast milk. And that experience was part of what led her and Dr. Hadas Shatz-Azoulay — a mother of five — to co-found the startup MilkStrip, the first ever diagnostic home-testing kit for breast milk.

“I think every mother goes through this,” Beck told Jewish Insider in a recent interview, recalling her own experience with her babies suffering from colic. “I was looking for anything that could eliminate or reduce that… and I never knew or thought that my breast milk’s nutritional profile affects that,” she added, noting that years of studies in the burgeoning field of breast milk science have shown that to be the case.

MilkStrip, which officially rolled out to consumers last month, currently offers two at-home testing options for breastfeeding mothers: one that tests for vitamin C levels, and the other that checks if breast milk has expired. The kits retail for $19.99 each or $35.99 for both.

“The expiration is also very important because mothers who pump milk — especially the ones who go back to work… I had a really hard time throwing away this ‘liquid gold,’” Beck explained. “I never had a way to know if it’s OK or not. And sniffing is not scientific — especially if you’re at work, especially in Israel where it’s really hot — you go back, and you put it in the fridge, or you forgot it in the car. And then you’re not sure, and you really worked hard for it,” she said. “So you do cry over spilled milk, and this gives an answer — don’t throw it away, just check it.”

Beck, 38 from Rehovot, received a bachelor’s degree in biotechnology from Bar-Ilan University, and a Ph.D. in molecular biology and genetics and two post-doctorates at the Weizmann Institute of Science. A few years ago, Beck was searching for a new project when she teamed up with Shatz-Azoulay, who also studied at Weizmann. After a year of moonlighting on the product, the two women got their first investor in 2018 — Gil Lemel, the general partner of Israeli VC fund LV Holdings — and also joined KamaTech, the haredi hi-tech accelerator.

Today the Israel-based company has seven full-time employees, and has quickly adapted to the Zoom business world. While Beck recognizes the upsides of virtual networking — “you don’t waste time on driving or flying” — she is still longing for a return to the pre-pandemic business model. “I think the human interactions — sitting one next to the other, and really seeing the person in front of you and talking — are much more effective and valuable than Zooming,” she said. “It’s just not the same thing.”

And with the official product rollout last month, “we’re working now on brand awareness,” and reaching customers, said Beck. But the company is also planning to release additional diagnostic kits in 2021, including one that will check for nutrients that affect babies with colic, enabling mothers “to improve the nutritional profile of your breast milk.”

MilkStrip was recently announced as one of nine startups joining the Google for Startups Accelerator program for Europe and Israel — the only Israeli company selected in this round.

“We’re sitting — Zooming actually — with the best mentoring in the world,” Beck said. “It gives us a lot of credentials because they really believe in us and the product and our technology.”

Beck and Shatz-Azoulay are not the norm in the Israeli hi-tech world, where studies have shown that only 8% of startups are led by women. And with 11 children between them, the two entrepreneurs and scientists are even more of a rarity.

“It is pretty rough — the role models that I see, they usually have a career or a family,” said Beck. “And this gives you the impression that it’s impossible to do both… and I think that it’s very important that there are role models for that. If there aren’t any role models — then I’ll try to be it.”

Beck admitted that balancing her family and career is “not always easy.” But in addition to helping breastfeeding mothers, she feels that it is “extremely important to empower women, and empower women who want both the career and the big family and show them that it is possible.”

And as a religious woman, Beck is a minority within a minority on the Israeli startup scene.

“In the Israeli ecosystem it’s difficult,” she told JI. “When I speak to investors from abroad, especially in the U.S., it’s not an issue. But in Israel, it’s an issue.”

“I get comments all the time,” she added. “I have my answers already, but it’s very weird [to be a religious woman] in the Israeli hi-tech ecosystem. I almost don’t see it at all.”