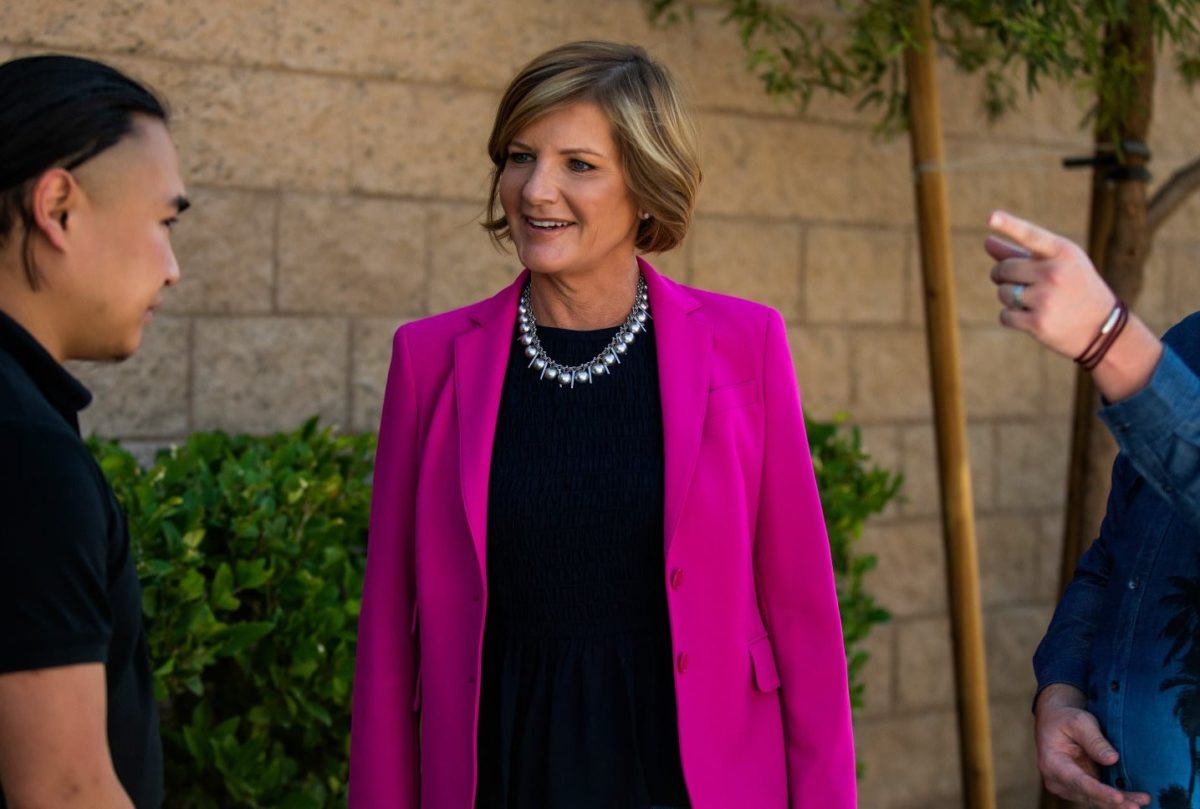 Rep. Susie Lee‘s (D-NV) reelection in Nevada’s 3rd district on Nov. 3 was an anomaly this year.

Although House Democrats lost many of the swing districts they hoped to pick up — or in several cases, hold onto — Lee eked out a three-point win over former WWE fighter Republican Dan Rodimer, down from her nine-point margin of victory in 2018 when she ran for the seat being vacated by now-Sen. Jacky Rosen (D-NV).

The newly reelected congresswoman told Jewish Insider that she believes presidential election year dynamics were the source of the closer-than-expected race.

“This is an electorate that performs better for Republicans in a presidential year than a midterm,” Lee said. “There was increased turnout… I think that was reflected on both Democrats and Republicans, and independents.”

Lee’s district, which covers southern Nevada, was one of many across the country that proved to be a tough fight for Democrats. Lee was hesitant to weigh in definitively on why Democrats struggled to win at the polls until she had a chance to examine the data closely.

“In 2018, many of my colleagues, like myself, won in districts that Trump had carried by many, many points, and Trump was not on the ballot,” she said. “And so you have to weigh that dynamic when you’re looking at these results, the impact of him being at the top of the ballot.”

“Ultimately, we all knew these were gonna be tough races,” Lee continued. “These are districts that traditionally had been Republican for years… The fact that Democrats won them in the midterm, we knew it was going to be a tough fight to hold on to them.”

In light of that dynamic, Lee expressed optimism that Democrats were able to hold on to many of the districts that they flipped in 2018.

The congresswoman interpreted the election results as a signal that the country remains divided, and that voters expect their representatives to work in a bipartisan manner to solve problems.

To shore up their House majority in 2022, Lee said, Democrats need to continue to focus on middle-class issues — like health care, family leave and raising the minimum wage. The congresswoman emphasized that congressional Democrats did push such legislation over the last two years, but she blamed Senate Majority Leader Mitch McConnell (R-KY) for failing to take up the legislation in the Senate.

“I think we need to do what Democrats are known to do, which is to protect our middle class and make sure that everyone has equal access to opportunity,” she said. “We need to focus on kitchen table issues, which is exactly what we did in the 116th Congress.”

But Lee added that her party must also work to bring Republicans to the table to ensure that the legislation is “sustainable.”

“It’s tough work. It’s not the work that you see on TV, but it’s the work that ultimately produces the types of solutions that we’re going to need,” she said. “It all comes from forming relationships, having those conversations, finding the space to be safe and have that type of conversation.”

“Not just now but always,” she added, “that’s really what Congress should be about.”