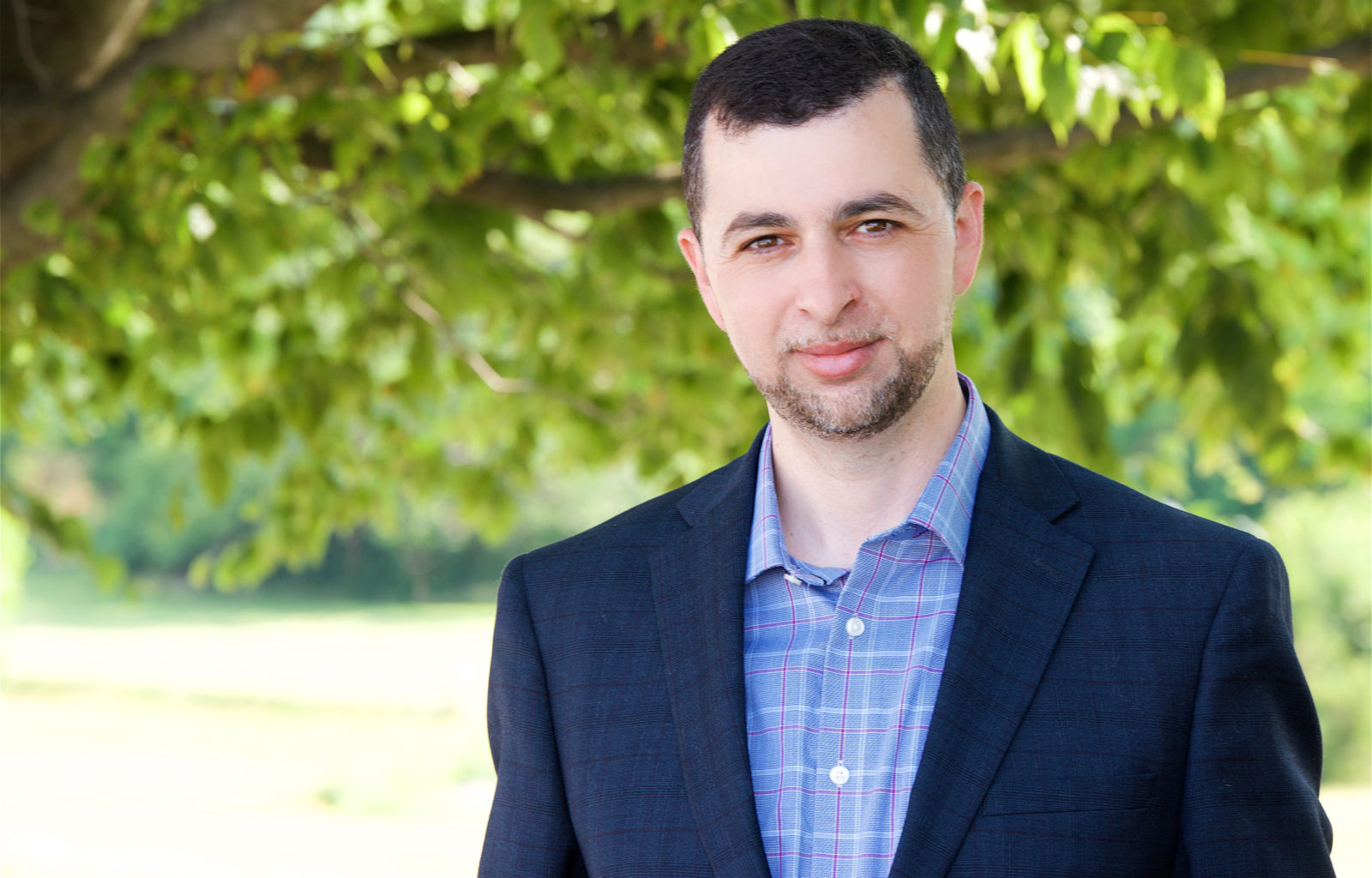 Last week, Fady Qaddoura defied the odds when he became the only Democrat this cycle to flip a Republican-held state Senate seat in Indiana’s General Assembly. The 40-year-old Palestinian-American, who lives in Indianapolis, also set another more meaningful precedent: He became the first Muslim elected to Indiana’s state legislature.

For Qaddoura, the achievement represents the fulfillment of a years-long commitment to public service — and a reassuring sign that his ethnic and religious background were no impediment to electoral success in deep-red Indiana, a state that voted for President Donald Trump over Joe Biden by a margin of 16 percentage points on November 3. Qaddoura ousted his opponent, Republican John Ruckelshaus, by more than five points, pulling in nearly 53% of the vote.

“I felt that our community needs representation that is truly reflective of who we are, the diversity in our community, the rich world views that we have,” Qaddoura said in a recent phone interview with Jewish Insider. “What made me super excited about our win is not that I defeated the Republican incumbent — elections come and go and candidates come and go — what made me super excited is that I’m given the humble responsibility to advance the voices of so many who feel marginalized and voiceless.”

Indiana has positioned itself as exclusionary to marginalized groups over the past five years or so, according to Qaddoura, who cited an attempt by the state’s former governor, now-Vice President Mike Pence, to ban Syrian refugees from resettling in the Hoosier State.

But the election, he said, was a sign of progress. “We sent the wrong message to the nation that Indiana is not loving, is not welcoming,” Qaddoura told JI. “I was happy that our community gave me the opportunity as an immigrant, as a Muslim, as a proud American citizen.”

Qaddoura made the conscious decision not to conceal his religion as he campaigned in the state’s 30th Senate district, which includes northern Indianapolis. In many ways, he sought to highlight it: His wife and two daughters, who wear headscarves in accordance with their faith, were featured in his campaign mailers in red hijabs.

Miles Nelson, a Carmel city councilor, said he was proud of Qaddoura for embracing his faith. “If he was going to go down,” said Nelson, who co-hosted listening sessions with members of the Jewish community during Qaddoura’s run, “he was going to go down by standing on principle and was not going to hide the fact that this was who he was.”

Qaddoura said he has built a strong relationship with the Jewish community in his district and that he believed it was important to stand in solidarity against instances of antisemitism, including a recent incident in which a local synagogue was vandalized with Nazi symbols. In the General Assembly, Qaddoura said he would make it a priority to “protect our brothers and sisters in the Jewish community and that we defend their rights to be sure that no Jewish child in my community grows up in any environment where antisemitism is tolerated.”

“We’re looking forward to working with him,” said David Sklar, assistant director of the Indianapolis Jewish Community Relations Council, adding his belief that Qaddoura was aligned with the JCRC regarding domestic policy matters on which the group usually engages local legislators, including civil rights, separation of church and state and social welfare advocacy. “I suspect we’ll have a very friendly ear,” said Sklar, who has known Qaddoura for years.

Despite his inclusive message, Qaddoura said that he received some hateful messages on social media — and occasionally in person — throughout his campaign from those who questioned his loyalty to the United States and told him to go back to “your effing country,” as he recalled.

Such rhetoric was nothing new for Qaddoura, who emigrated to the U.S. from the West Bank in 2000, on the eve of the September 11 attacks. Living in New Orleans at the time, Qaddoura found that his Arab identity was used against him in the ensuing tense political climate. “I lost friendships for no reason the day after 9/11,” he said. “People stopped talking with me.”

“It was a very difficult time,” Qaddoura added. “I was confused, because I was raised in a household that promotes love, compassion, peace and coexistence — and even knowing that my family was not wealthy, we always tried to reciprocate kindness with our neighbors and those who needed help with the little that we had. So to be treated as the other, to be treated as if you had something to do with anything that happened on 9/11, or even to be viewed just from a stereotypical perspective that you’re one of them, was really — it hurt me.”

Qaddoura moved to Louisiana at 19 to study computer science. He had hoped to become the next Jeff Bezos — “the good side of Jeff Bezos, not the bad,” he said — but when Hurricane Katrina hit, his plans were derailed. “We lost everything, A to Z — we lost the car, we lost the house, we lost our belongings, everything,” said Qaddoura, whose family was temporarily homeless in the wake of the storm.

Still, the help he received from government agencies, nonprofit organizations and houses of worship was inspiring. “I wanted to be like them,” Qaddoura told JI, noting that after he completed his master’s in computer science and then a postgraduate degree in executive education, he moved to Indiana to devote himself to studying public policy.

Since then, he has navigated Indiana’s state agencies as he has worked his way up to the Senate. His first job was as a policy and legal analyst in the state legislature. Most recently, he worked as the city controller for Indianapolis, an experience he says will serve him well as he seeks to address a struggling economy.

Qaddoura was born and raised in Ramallah and grew up in what he described as a poor but loving family — his mother was a homemaker and his father was a taxi driver — that prized education. He went to a Christian school and lived near the Israeli settlement of Psagot.

“At an early age,” he said, “I was exposed to the rich diversity of different communities of faith.”

Though Qaddoura lived through the first intifada, he said he was too young for it to leave much of an impact on him, and that he remembers more vividly the optimistic period after the Oslo Accords were signed. “It was a peaceful time,” he said. “It was more hopeful.”

His parents still live in the West Bank, but he has only been back once, in 2018, since he moved to the U.S. 20 years ago. “Now there are all kinds of fences,” he said with concern. “It’s segregated neighborhoods today. The roads are not the same roads, and people do not drive on the same roads. But when I lived [there] at that time, it was an openly mixed community.”

The trip was discouraging for Qaddoura, who has long hoped for a resolution to the Israeli-Palestinian conflict. “I’ve always envisioned two communities, two states coexisting peacefully in a loving manner,” he said, “with full exchange of culture, economics, all of that. And I think, in a way, I felt that in my 18 years that I was absent from there, I felt that it had regressed.”

The lessons he learned as a kid have also influenced his views on the Boycott, Divestment and Sanctions movement, which he rejects. “I personally never was, never will be, a member of the BDS movement, never supported it personally,” he said. “I will not be supportive of any law that basically allows or attacks, in any shape, way or form, the State of Israel.”

For the moment, however, Qaddoura is more focused on issues of concern to Indiana. His priorities now that he is elected, he said, include education, health care, and economic recovery from COVID-19.

“I want to use my expertise as a former CFO or city controller for our capital city of Indianapolis to basically work with both Republican and Democratic senators and elected officials to stimulate our local economy so that businesses and families can thrive and continue to be successful, even in a COVID-19 environment,” he said.

Qaddoura, who will be sworn in on Tuesday, is eager to get started. “For a red state to elect a Muslim who came to the United States as an immigrant,” he said, “tells you a lot about the progress that we made in the district that I live in.”