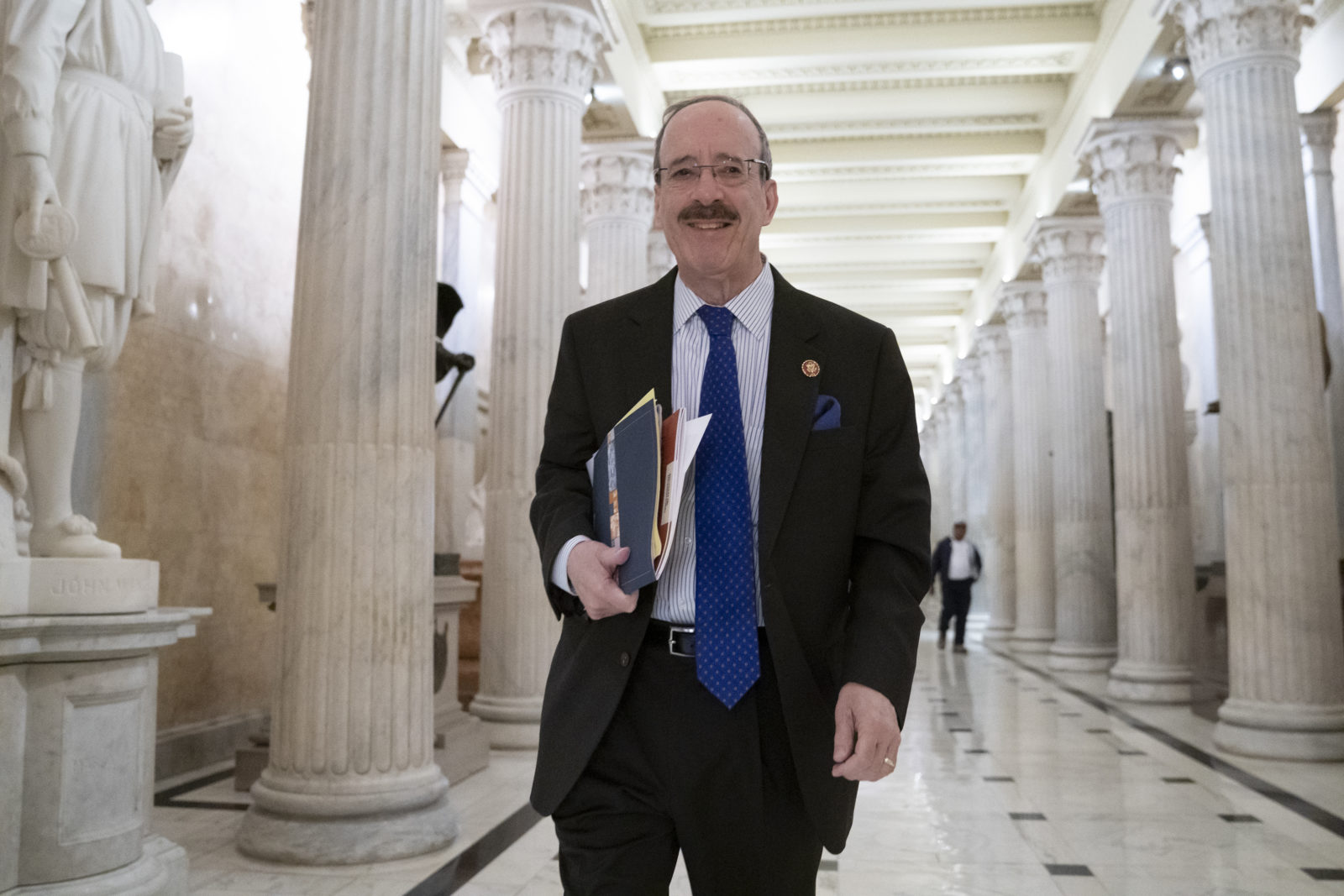 The outgoing congressman, who represents parts of the Bronx and Westchester County, reflects on his recent electoral loss and decades-long tenure in the House

Rep. Eliot Engel (D-NY) admits that he has some regrets about his performance in the June 23 Democratic primary, when the 16-term congressman lost in an upset to Jamaal Bowman, the former Bronx principal and political upstart who is heading to Congress next year.

“There are always things you would have done differently, things that you see that might have been changed,” Engel explained in an interview with Jewish Insider on Tuesday. “I think we should look to the future. I can’t change the past. I’m obviously disappointed that I didn’t win reelection.”

Engel said there was “absolutely no indication beforehand” that he should have worried about the race, but he offered one explanation for why Bowman may have beaten him by double digits. “We had these terrible killings, George Floyd and whatever, and that seemed to stir the pot,” Engel said, alluding to mass protests against police brutality that took place over the summer and appear to have given momentum to a number of progressive candidates. “I think that played a role in this race.”

As Engel prepares to step down, the congressman, who represents parts of the Bronx and Westchester County, reflected not only on his recent electoral loss but also his decades-long tenure in the House. “I’ve been in Congress for 32 glorious years,” he said. “I grew up in a Bronx housing project. We didn’t have much money, and we didn’t have any contacts.”

Engel, 73, still seemed somewhat gobsmacked that he had managed to get elected to Congress in 1989, and that he had risen through the ranks to become chair of the House Foreign Affairs Committee, a position he achieved in 2019 and which, coupled with his strong support for Israel, he views as one of the crowning accomplishments of his legacy.

“I said when I ran that I would be the best friend that Israel ever had in Congress, and I think that I have kept up that bargain,” he told JI, adding his belief that the U.S.-Israel relationship is in better shape than ever. “It’s no longer built on security and cultural ties, but on economic ties and cooperation in every sector, supported not just by Jewish Americans but by all Americans, or many Americans, and Israel is a strategic partner in every sense of the word.”

The recent normalization deals between Israel and Sudan, Bahrain and the United Arab Emirates, according to Engel, have positively changed the geopolitical calculus in the Middle East. “It used to be where the Palestinians blocked everything,” he said. “They complained and whined and cried that they weren’t being treated fairly, and then when we tried to get together to treat them fairly, they rejected everything we did.”

“The old fights are really antiquated,” Engel said. “I would always talk to the Arab leaders and say, ‘You and Israel sound very much alike, why do you continue to be enemies?’And I think that the Arabs are finally realizing this, and that’s why you’re having diplomatic relations with all these different [Arab] countries.”

The congressman added his belief that U.S.-Israel relations would be in good shape going forward, and that both parties would be able to work together in a bipartisan manner, at least with regard to the Jewish state.

“We have a situation now where, if you think of one thing where there’s bipartisan consensus, it’s Israel,” he said. “It doesn’t mean that everybody feels the way I feel. I mean, I think that Israel is one of our most important strategic partnerships, and I think that people understand that the relationship is very important. I don’t like when one side tries to politicize. It’s a nonpartisan issue, and I think it shouldn’t be used as a political football.”

Bowman, 44, has called for conditioning aid to Israel, which Engel regards as foolhardy. “We support Israel because Israel supports us, and we have values that we stand for, and Israel stands for the same values,” Engel told JI. “So to treat our closest friends the way we would treat our adversaries and condition aid on this or that is just ridiculous. It’s just absolutely ridiculous. And if people are going to push that, I don’t think it’s going to pass.”

Engel said he had called Bowman after the primary to congratulate him on his victory and to wish him good luck, but that otherwise, the two haven’t spoken. “I know that some of the things he’s been saying about Israel or whatever are inaccurate and just plain wrong, and I hope that he takes the time to learn the issues, so that he wouldn’t make the statements that he has made,” Engel said. “That’s really not helpful to achieve peace in the Middle East.”

Engel is leaving Congress during a tense moment for the Democratic Party as moderate candidates in swing districts have butted heads with progressives over messaging on issues like defunding the police and socialism. For his part, Engel hopes that such “infighting” will “fall by the wayside” and that Democrats can work together to achieve what he described as shared goals around job creation and raising the federal minimum wage.

“By and large, there’s not that much difference between members of Congress,” Engel said, while cautioning, “I do think that we have to be careful. You talk about defunding police or any of these other things, they are not correct, in my opinion, and they are not good issues for the country and we need to be careful. We need to show people that we want to have a big tent. I think that’s important. And we want to show people that they can feel comfortable in the Democratic Party.”

In the last six weeks of his final term, Engel told JI that he is most focused on helping his constituents as the coronavirus pandemic enters a third wave.

While a number of Democratic congressmen are vying to succeed him in the Foreign Affairs Committee — including Reps. Joaquin Castro (D-TX), Gregory Meeks (D-NY) and Brad Sherman (D-CA) — Engel declined to offer his endorsement.

“I’ve stayed out of it because I think it’s not right for me as I’m leaving to say who I want to replace me,” he told JI. “I think they’re all capable people doing it. I’ve done lots and lots of things with Gregory Meeks through the years, we both represent districts in New York. Brad Sherman has been a good friend. So, we have competent leadership.” (He did not mention Castro in his appraisal.)

As for his next move, “I figured I would let the term end, and then I would sit down and try to figure out what makes most sense for me,” he said.

“I know one thing I’m not going to do is retire.”

Engel did express an interest in joining President-elect Joe Biden’s administration, but was vague on details.

Asked if he had any plans to challenge Bowman when his term expires in two years, Engel was tight-lipped. “I think it’s really too early to see,” he said, adding, “Let’s look at him and let’s see what he does. There are lots of people that I didn’t care for who turned out to be good and a lot of people I liked who turned out to be not so good.”

“Let’s see who he reaches out to,” Engel said of Bowman. “I made it a point to reach out to everyone. Hopefully, he’ll do the same, and we’ll see. That’s the last thing on my mind, worrying about what’s going to happen in two more years. I think that we have a lot of work to do now.”