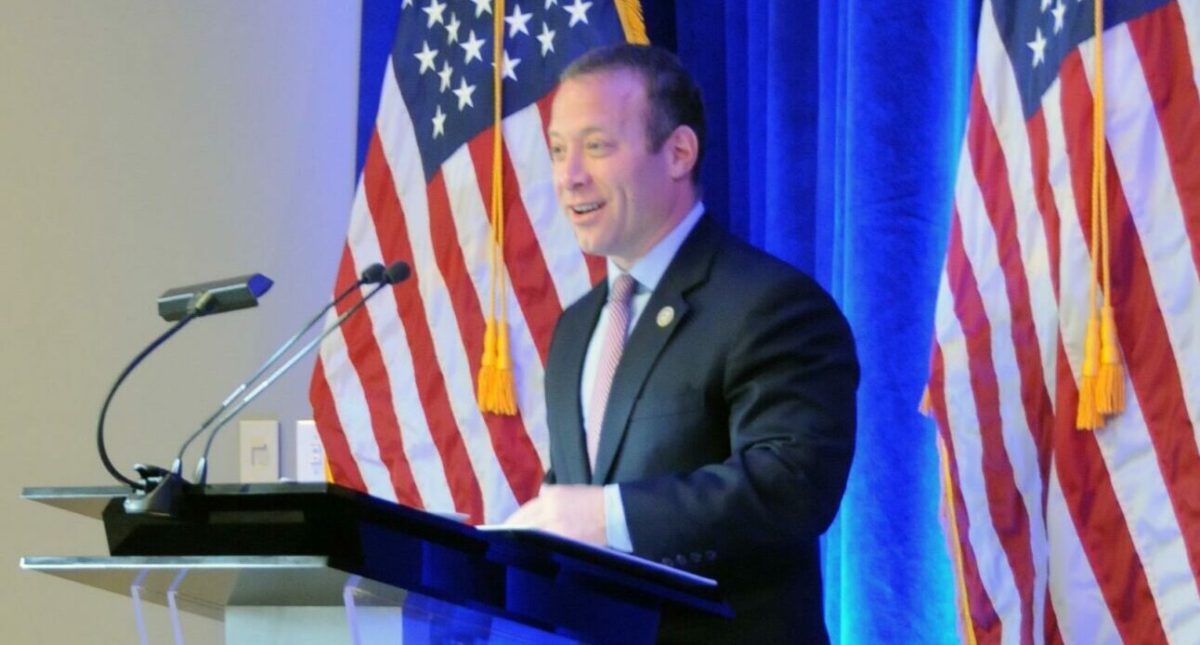 As the presidential election draws near, at least one House Democrat — Rep. Josh Gottheimer (D-NJ) — is hopeful that a potential Biden administration will maintain protections for Jewish college students, introduced by President Donald Trump in a 2019 executive order on antisemitism.

Speaking during a webinar on antisemitism alongside State Department Special Envoy Elan Carr on Tuesday, Gottheimer expressed support for continued action from the executive branch to address antisemitism and the Boycott, Divestment and Sanctions (BDS) movement, which has become widespread on U.S. college campuses.

“As a policy matter, whether it’s through executive action or other forms of standing up to the BDS movement, I would hope that the next administration continues that effort, because the BDS movement is antisemitic,” said Gottheimer, who attended the executive order’s signing ceremony last year.

In December 2019, Trump signed an executive order adding antisemitism to a list of punishable offenses included in the Civil Rights Act of 1964. The executive order originated as guidance in the George W. Bush and Barack Obama Departments of Education, but was made official by the president’s signature.

Since the executive order’s implementation, one school — New York University — has reached a settlement with the Education Department over its handling of antisemitism on the campus. It was announced last week that a similar complaint had been filed against the University of Illinois, Urbana-Champaign, due to years of unchecked antisemitic activity at the school.

Gottheimer also spoke about legislative efforts to address antisemitism, emphasizing that the 2019 House resolution condemning the BDS movement received broad bipartisan support, which he believes will serve as a signal to a potential Biden administration.

“I would hope, given the strength of that message and that resolution, that it would be carried forth as policy in the next administration,” he continued. “I think it’s very important that we remain vigilant. Regardless of who is the next president, I believe this must continue in force… I wouldn’t see any reason why we wouldn’t continue that posture in the years ahead.”

Few congressional Democrats have explicitly praised the executive order, but many legislators who have spoken to JI indicated that they hope more will be done to address the uptick in antisemitism around the country

In a statement to JI, Sen. Jacky Rosen (D-NV) skirted directly addressing the administration’s executive order, but highlighted the importance of applying the International Holocaust Remembrance Alliance’s working definition of antisemitism in the Department of Education.

Rosen pointed to the Anti-Semitism Awareness Act, which she is cosponosoring, that would codify the Department of Education’s use of the IHRA definition. “To protect Jewish students and others on campus from antisemitic hate, we must have the tools to enforce federal antidiscrimination laws in education,” she said.