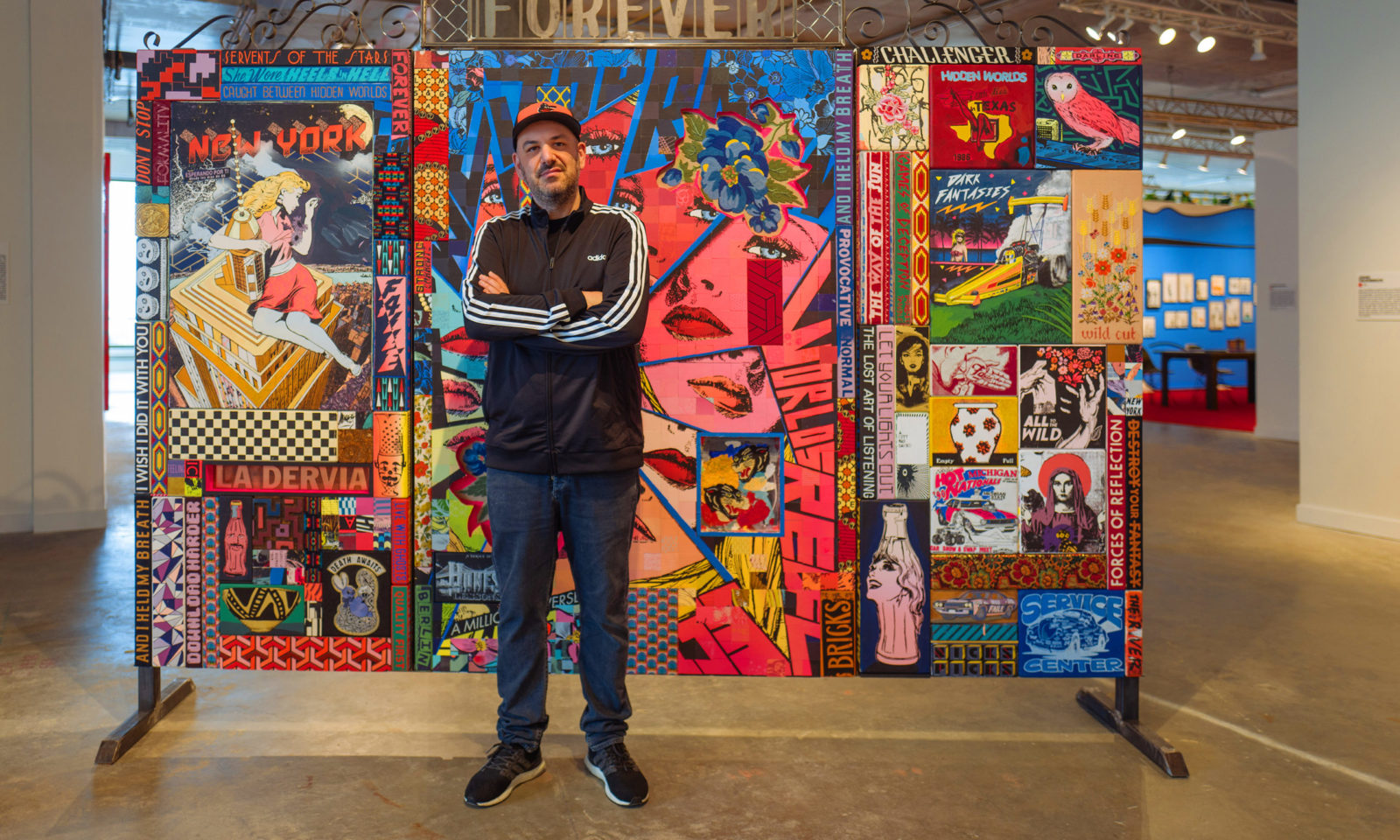 Roger Gastman has noticed that graffiti artists have been busier than usual lately.

“I’ve continued to see more and more graffiti on the streets, through photos in lots and lots of cities,” Gastman, the renowned graffiti curator and historian, told Jewish Insider in a recent phone interview from his home in Los Angeles. “Quite frankly, I think, the authorities have a lot of other things to be worried about right now than knocking on kids’ doors for having done graffiti and chasing them off the highway signs. So, in a sense, the streets are very alive right now and have been most of the year — more so than I’ve seen in a long time.”

Even amid an apparent uptick in street-level productivity, Gastman still believes that graffiti could use a boost as the pandemic has shuttered galleries, museums and other art spaces and events around the globe. His traveling graffiti exhibition, “Beyond the Streets,” which first opened in Los Angeles in 2018 and came to Brooklyn last year, was one casualty of the coronavirus.

“We were going to have a few exciting shows this fall,” he said. “But of course, due to the current state of the world, we do not know when we will be out in real life again.”

So Gastman, at least for the moment, has settled for the virtual world, with the hope that he can give artists a platform during a challenging moment for creative types. On December 5, he is planning to launch his latest project, a two-day online “art fair” that will stream on NTWRK, the trendy digital shopping app founded by Roger Gastman’s longtime friend Aaron Levant.

By necessity, the event will differ from the exhibition, a vast showcase of sculptures, paintings and other items representing graffiti’s little-known history. “It was a show focusing on graffiti and street art, but not work from the street,” Gastman said, explaining that he sought to highlight the “work of artists who have really expanded and really gone on to have fantastic studio careers, museum careers, gallery careers.”

“How can we mix that attitude and take it to the app?” Gastman recalled wondering.

He kept the answer to that question purposely vague in an effort to maintain some level of mystery, characterizing the fair as a kind of digital revue-cum-online marketplace featuring “limited-edition products” from “today’s leading artists,” “fast-hitting video content,” “drawing lessons” and “a lot of surprises in between.”

Gastman is commissioning work from dozens of artists such as DabsMyla, Felipe Pantone and Shepard Fairey, the famous graphic designer with whom Gastman founded Swindle, a now-defunct arts and culture magazine, about 15 years ago. Gastman declined to reveal what will be sold on NTWRK, but Artnet has reported that the fair will feature a variety of items “from $30 T-shirts to $30,000 paintings.”

Roger Gastman has devoted the entirety of his career to participating in or propping up the street art scene. The 42-year-old street art expert — described as “a nice Jewish kid from Bethesda” in a 2013 Rumpus interview — spent his high school years knee-deep in Washington, D.C.’s burgeoning punk and graffiti worlds.

“The graffiti world is, honestly, incredibly broad and vast and welcoming to pretty much anyone there is, regardless of color, race, et cetera — and I know a lot of people in the graffiti community, from younger kids running around and actively on the streets to established artists now, who all have a Jewish background or heritage,” he said. “No question, but that’s one of the things that’s always been so great about graffiti.”

“You have a name and it’s all about getting it up in as many places as you can,” Gastman said, recounting his experience as a young teenager hitching rides around the country with touring bands and making connections.

“I started meeting a lot of other people that came out of the graffiti world,” he recalled. “Very quickly, I started corresponding with them, trading pictures. I would send them a dozen photos of what was going on in Washington, D.C., or another city I’d been in that I’d taken pictures in, and they would send me pictures back.”

Building on that network, Gastman gave up his spray can in favor of a more academic and entrepreneurial approach to graffiti, working his way into publishing, art curation and film production.

“I really took upon the role of documenting, archiving and telling stories,” said Gastman, who adds that some vestiges of his tags can still be found by those who are looking hard enough. “I’m sure there’s a little bit out there still,” he said. “I get reports once in a while.”

But the college drop-out, who founded his own small graffiti magazine, While You Were Sleeping, right out of high school, was more interested in digging up information on other artists. He moved to Los Angeles in the early aughts, founded Swindle and established himself as a respected graffiti historian.

In 2011 he curated “Art in the Streets,” an immensely popular graffiti and street art exhibition at the Museum of Contemporary Art in Los Angeles, which Gastman describes as a breakthrough moment. “It was a big turning point,” said Gastman, who is also the founder of his own marketing firm, R. Rock Enterprises. “We had a lot of books out, films out, and this culture was just exploding. We could really see the massive, massive interest in it, and it was incredible.”

“I was frustrated, but I wasn’t mad,” he continued. “I understood and respected the system the best I could, and for several years, continued on and kept trying.”

About four years ago, he conceived of a plan that would become “Beyond the Streets,” which he regards as a kind of living organism that changes according to new discoveries made during his hours of meticulous research. That archival work is still ongoing, Gastman said, as he prepares for the art fair in December, though the NTWRK collaboration has taken up most of his time.

“We are in heavy production phase and not really sleeping,” said Gastman, who added that he is also in the process of finishing up a number of documentary and book projects, though he declined to elaborate.

Gastman’s success as a kind of graffiti impresario has grown in tandem with the art form’s acceptance by mainstream culture, though of course he played a large part in helping to get it there.

Though the pandemic has put most of his plans on hold, Gastman assured JI that “Beyond the Streets,” which he seems to regard as his magnum opus — at least to date — was only in hibernation.

“There’s no question ‘Beyond the Streets’ will be back,” he said. “We’re using this time to make sure that when we come back, we’re just as great and better than before.”