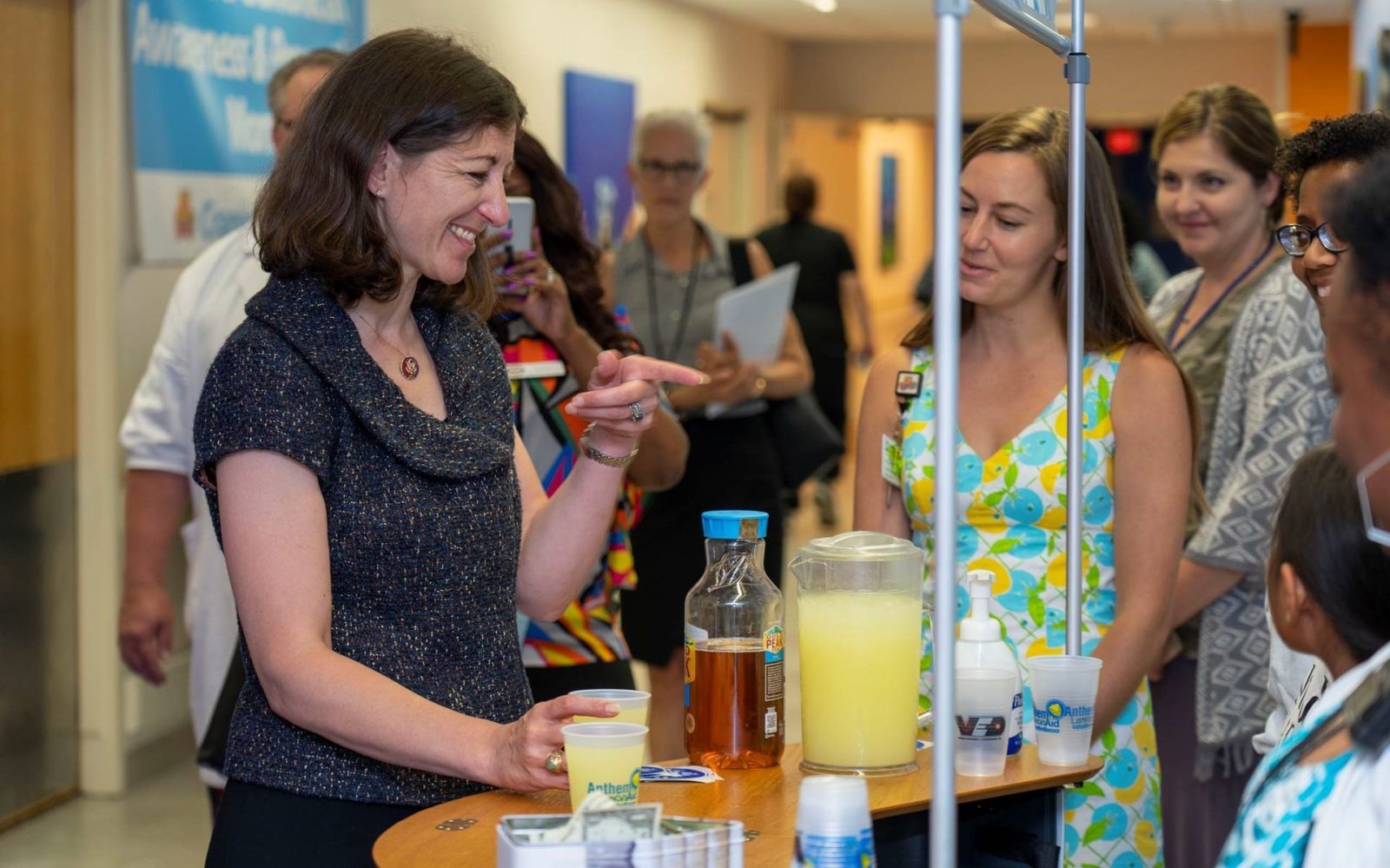 With Lowey and Engel departing, Elaine Luria says she’ll be stepping up

‘I guess there are not many Jewish girls from Alabama who go to the Naval Academy and then end up in Congress,’ said the freshman Democrat

One of the most frequent questions Rep. Elaine Luria (D-VA) receives from constituents in Virginia’s 2nd congressional district is: “Is it as crazy in Washington as we see on TV?”

Her typical answer, Luria told Jewish Insider,,is that while it might seem like there is no real opportunity for positive change in Congress, she has managed to find common ground with members across the political spectrum to pass legislation that matters to all.

And while she is only a freshman member in Congress, Luria had the third highest number of bills signed into law by President Donald Trump among her colleagues on Capitol Hill last year. “It kind of shows that the process can work, and that there are lots of things that we can do that are not controversial where we can find common ground,” Luria told JI in a recent interview. “So when I talk to people about that, the bipartisan work I’ve done is hopefully somewhat reassuring.”

Born and raised in Birmingham, Alabama, Luria spent 20 years in the U.S. Navy, ultimately rising to the rank of commander. She served on six different ships and was deployed six times, operating nuclear reactors and on aircraft carriers.

Luria, 45, was first elected in 2018 as part of a blue wave that flipped districts that had voted for President Donald Trump in 2016, beating first-term incumbent Republican Rep. Scott Taylor with 51% of the vote. This year, her district is considered a toss-up, according to the Cook Political Report, and she will once again face Taylor.

While Luria voted for Trump’s impeachment last year, she has aligned herself with the president when it comes to his policy on Israel and — as a member of the House Bipartisan Task Force For Combating Anti-Semitism — she has been an outspoken critic of the far-left wing of the Democratic Party. Luria was one of 12 House Democrats who broke party ranks last year to vote in favor of a Republican motion to recommit on anti-BDS legislation that would allow state and local governments to adopt laws to divest public funds from entities that boycott Israel.

She is also only one of a handful of Democrats who have attended Trump White House events, including the signing of Trump’s executive order to combat antisemitism on campus, and more recently, the Abraham Accords signing ceremony between Israel and the United Arab Emirates, along with Bahrain. “I was honored to join President Trump at the signing ceremony of the Abraham Accords, marking a new era in regional security and cooperation in the Middle East,” Luria told JI after the event. “I commend President Trump on his leadership to make this milestone a reality,” she added.

While Luria claims she does not agree with everything Trump has done, she noted she is “willing to literally stand behind him on the stage while he does support an effort that I do agree with.” Luria added she would love “to see more bipartisanship and more opportunity to work together to get the things done that we all agree on.”

In an interview last year, Luria told The Washington Post that her Jewish faith inspired her to take a position on impeachment and to speak up in defense of Israel and against antisemitism.

“I did not necessarily anticipate going in to be a representative in the House that I would need to be as vocal about these things,” Luria told JI. Her debut speech on the House floor was during a debate over a resolution against hate, widely considered to be watered-down, following Rep. Ilhan Omar’s (D-MN) comments regarding lawmakers’ support for Israel. Luria quipped that her remarks, decrying the dual loyalty label by pointing to her faith and past experience, sounded like an adapted version of the Passover song “Dayenu.” While she felt “discouraged” that the measure was diluted in the process, Luria said she felt it was important for her to use that opportunity to “speak up against antisemitism.”

Luria maintained that with the retirement of longtime Democratic members like Reps. Nita Lowey and Eliot Engel of New York, and the addition of some newly successful far-left candidates, “I think that it’s much more important that I stay and come back to Congress as a strong voice to counter people who certainly speak up with different views than mine.”

Last year, Luria reached out to Omar to discuss Israel and antisemitism. And while those meetings were not “as productive as I hoped for, I will always continue to try to do that,” Luria said, adding that she will “redouble” her efforts to engage with new members about issues of importance to the Jewish community.

Luria is also one of the few House Democrats who didn’t sign on to letters expressing opposition to possible Israeli annexation of parts of the West Bank. A House letter sent to Israeli leaders, signed by 191 House Democrats and backed by House Speaker Nancy Pelosi (D-CA), warned that annexation would undermine the two-state solution. Luria told JI she “deliberately chose to not sign on to that letter,” because she believes it’s not the job of a member of Congress to be weighing in on Israeli government decisions, or to be “doing anything that would erode the very strong relationship that we have between the U.S. and Israel.”

Luria was an early supporter of Democratic presidential nominee Joe Biden, endorsing the now-Democratic nominee back in January. “I know that Joe Biden is a very strong supporter of Israel. He stood up to antisemitism during his very long career serving in the Senate and he believes in standing up against the BDS movement,” she said. The only place she differs with her party’s standard-bearer is on his commitment to rejoin the 2015 nuclear deal with Iran. “I know that that is something that I’m not 100% aligned with him on, but I think that overwhelmingly his positions, both for domestic policy and support of the U.S.-Israel relationship, [are] something I do align with.”

Luria, along with fellow freshmen Reps. Max Rose (D-NY) and Elissa Slotkin (D-MI), are part of the “Gang of Nine,” moderate Democrats with national security backgrounds.

In 2018, during a campaign stop, Sen. Tim Kaine (D-VA) introduced Luria and expressed in amazement how “this Jewish girl from Alabama,” who served 20 years in the Navy, commanding a combat unit of 400 sailors, was going to be a congresswoman. Recalling that moment, Luria laughed that she might indeed be an unusual candidate for office. “I guess there are not many Jewish girls from Alabama who go to the Naval Academy and then end up in Congress,” she said. “But I feel it’s just a continuation of my service, and I feel a great responsibility to preserve my heritage and serve my constituents well.”