Son of an Iraqi immigrant sets his sights on Washington 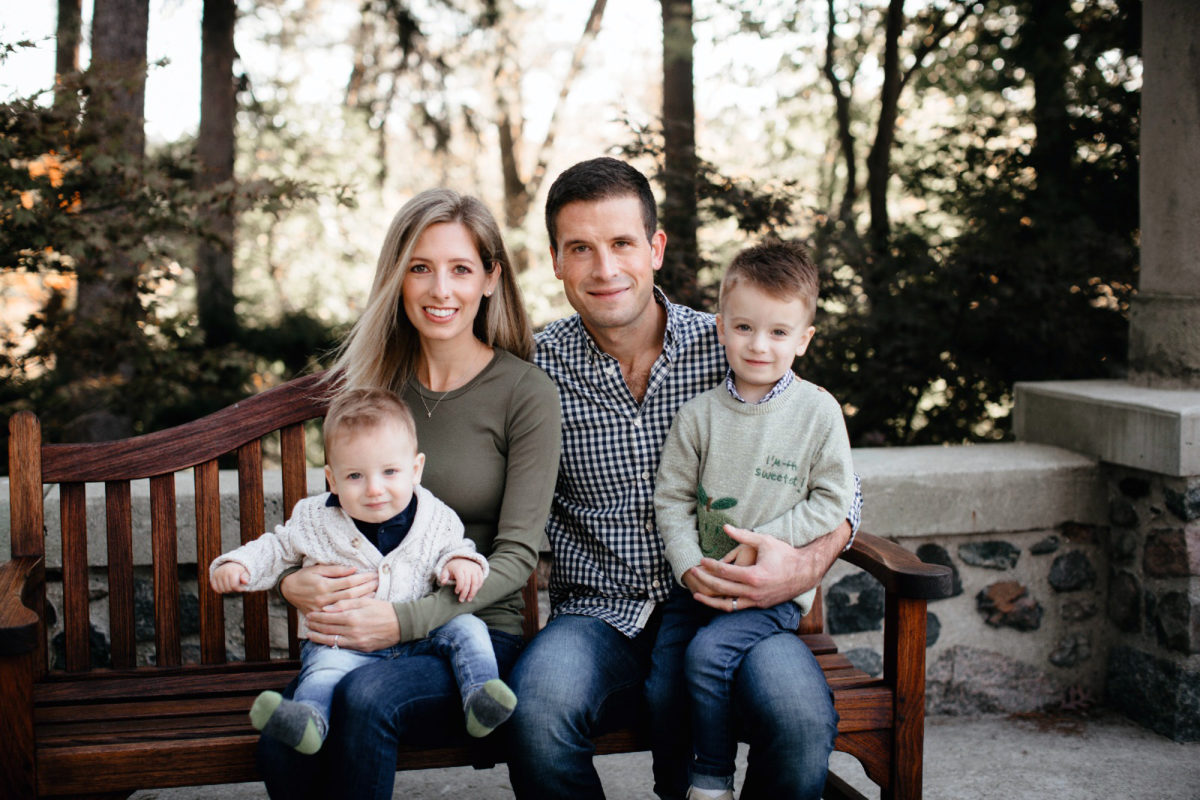 Eric Esshaki, his wife, Heather, and their two sons. (Esshaki for Congress)

Eric Esshaki has a unique perspective when it comes to the Middle East.

He is the son of an Iraqi Chaldean Catholic immigrant, and as a Michigander, is part of the largest Chaldean community outside of Iraq. He’s also running for Congress as a Republican in Michigan’s 11th congressional district, on the outskirts of Detroit.

Esshaki has watched with dismay as the Chaldean community that remains in Iraq has become increasingly persecuted in recent years. Though he believes some of the responsibility lies with the Obama administration for failing to stop ISIS’s spread throughout the region, Esshaki told JI that President Donald Trump has not done enough to help the Chaldeans and other Christian minorities in the Middle East immigrate to the U.S.

“The Trump administration has the authority to increase the number of refugees that we’re bringing in up to 100,000 a year, and right now we’re seeing it right around 30,000,” said Esshaki, whose father immigrated in the 1970s. “So I think in a country that’s based on Judeo-Christian values… I think we have an obligation to these folks who are suffering from religious persecution.”

“I think that this is an issue where the Trump administration has taken notice and it would be my hope that it would move faster,” he added.

Esshaki, a lawyer and registered nurse, and Carmelita Greco, an entrepreneur, are leading the five-person Republican field in fundraising and media attention. Also in the running is former Rep. Kerry Bentivolio (R-MI), who served in Congress from 2013 to 2015. Bentivolio has made two successive, unsuccessful attempts to win back his seat, running as an independent in 2016 and again as a Republican in 2018, when he came in last in the party primary, pulling in 11.3% of the vote.

The GOP aims to unseat first-term Rep. Haley Stevens (D-MI), who flipped the seat in 2018, beating her Republican opponent by 6.6 percentage points.

“I think that our Congress is broken,” Esshaki told Jewish Insider. “We’re obviously facing some tough times here. We have civil unrest across the country. We’re in the middle of a global pandemic. And our politicians seem more concerned about playing politics, hiding behind slogans and talking points without having a substantive discussion on the issues and on the policies, how we can make those policies better for the people in Michigan and across the country.”

Esshaki’s views on U.S. military engagement in the Middle East are nuanced.

“We have interests in the Middle East for security and economic interests, and as a standpoint of leading on human rights issues and what happens over there in those countries, the persecution of religious minorities,” he said. “I think it’s important that we have a role there. I think it’s something though, that we need to have an adult conversation about, we need to constantly reassess whether it makes sense for American interests to be there to the extent that we are.”

Esshaki said he was concerned that withdrawing U.S. forces could create a vacuum that would allow Iran or Russia to gain increased influence, as well as endanger Israel.

“The situation there in the Middle East is obviously complicated by multiple layers of complexity,” he said. “And I think that I don’t have the magic answer, but I think what is important is that we stand by our allies and we have a presence there as long as it’s prudent to do so.”

When asked about the Israeli-Palestinian conflict and a potential peace deal, Esshaki demurred.

“I think that’s largely dependent on what the Israeli people want for themselves,” he said. “I think that the United States and U.S. foreign policy should be supportive of that and play a supportive role.”

Within the U.S., Esshaki described public universities as “indoctrination centers” for antisemitic and anti-Israel beliefs. He was also critical of Democrats’ handling of issues related to antisemitism.

“You see this with the left’s refusal to condemn [Rep.] Ilhan Omar’s antisemitic remarks. You see it with the universities that are pushing the boycott movement of Israel,” he said. “If we’re looking at it from a policy perspective, I think that there’s no doubt in my mind that the policies that tend to lend themselves to antisemitism are certainly coming from the left these days.”

In addition to anti-Israel sentiments, Esshaki claimed American schools are a hotbed of socialist indoctrination.

“We’re seeing that our young people are buying into this lie called socialism. And I think that’s largely because they’re pushing that agenda in our public schools and universities,” he said. “And we need young people who understand the other side of the coin, who understand the conservative issues and who are willing to actually engage in substantive arguments instead of just hiding behind these sort of platitudes that we hear far too often.”

Republicans view the district, which was won by Trump by 4 points in 2016 and has traditionally leaned Republican, as a vulnerable target, although the Cook Political Report rates the seat as “lean Democratic.”

Either Republican would be entering the general election at a severe financial disadvantage. Stevens has raised nearly $4 million already and has approximately $3 million remaining — enough to wage a tough battle against today’s winner.