After a week in quarantine, USA Today's Mark Medina is consuming basketball all day long in Orlando 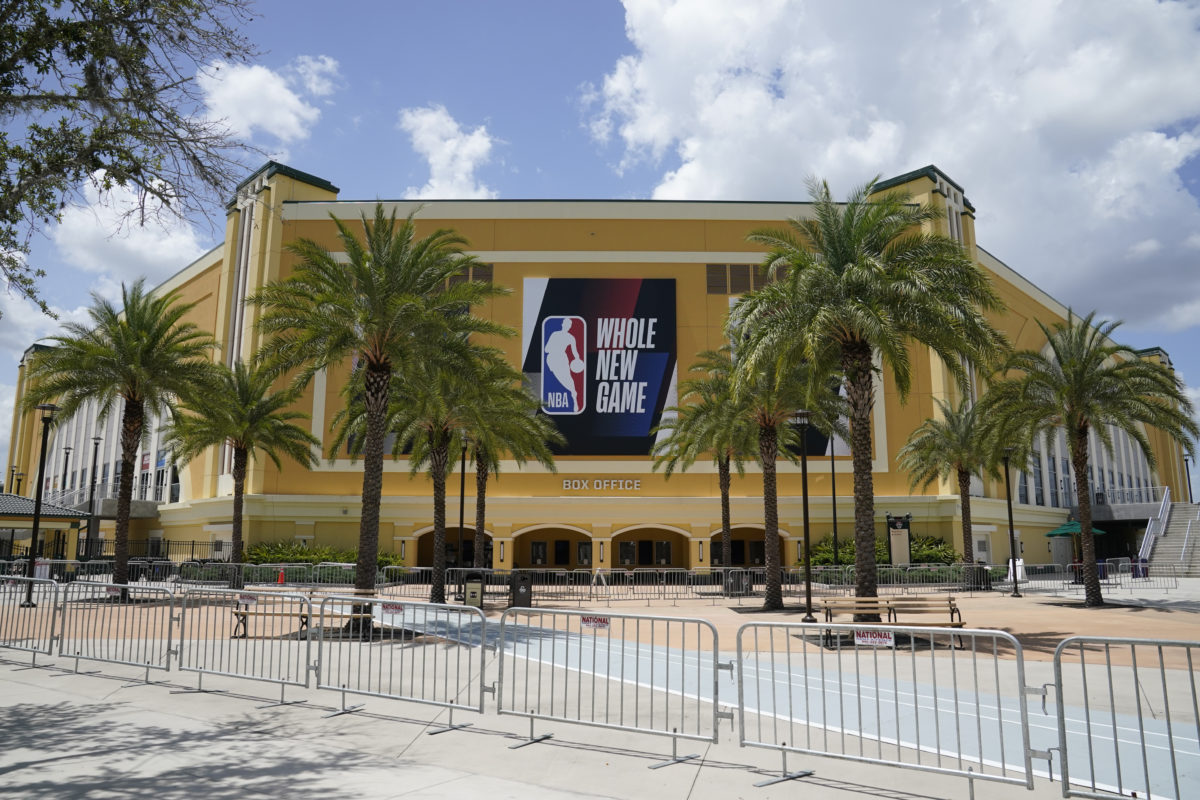 An NBA sign is posted on a basketball arena at ESPN Wide World of Sports Complex Wednesday, July 29, 2020, in Orlando, Fla. NBA games will resume Thursday.

Before the pandemic, Mark Medina, a national basketball reporter for USA Today, had the luxury of being at least mildly selective about which games he wanted to travel to and write about.

But now that he is ensconced inside the National Basketball Association’s temporary makeshift campus at Walt Disney World in Orlando, Fla., he has found that, all of a sudden, his job has become exceedingly more demanding as he has scuttled from one matchup to the next with virtually no downtime to speak of.

“I’m covering the league,” Medina, 35, told Jewish Insider in a phone interview before a game between the Los Angeles Clippers and the Phoenix Suns on Tuesday afternoon. “I’m at a game every night.”

Such is his packed schedule inside the so-called “NBA bubble,” where 22 basketball teams are battling it out as they finish up the season and then move on to the playoffs in one of the more carefully controlled experiments in resuming sports during the coronavirus crisis.

Medina, who, like other reporters in the bubble, isn’t allowed to leave the campus, has been attending one or two games a day for the past couple of weeks — and doing not much else aside from writing, eating, sleeping and getting tested for the virus, a daily requirement.

Not that he is sore about his situation. Medina had been working from his Los Angeles home before he got to Florida on July 12 and quarantined for a week in his cramped hotel room, where meals were delivered to him three times a day and coronavirus testers arrived daily to make sure he wasn’t sick.

“Any notion of complaining about the food and the setup,” he said, “is just complete B.S.”

But after more than three weeks in the bubble, the monotony seems to have gotten to him a bit, even if he is trying to maintain a positive attitude.

“It’s like ‘Groundhog Day,’” he declared, referring to the 1993 dark comedy in which Bill Murray is condemned to live out the same day over and over again.

Kyle Goon, who covers the Los Angeles Lakers for The Orange County Register, agreed with Medina’s appraisal, but offered a different analogy.

“It’s a little bit like working on a space station, because there needs to be a lot of cooperation and understanding, everyone wants to keep everyone healthy, there are a lot of restrictions, and you can’t venture outside of it,” Goon, 32, told JI in a phone interview from the bubble, where he is stationed until mid-October, when the postseason is expected to end. “It’s very weird.”

Medina, for his part, won’t be in Orlando for much longer. He estimated that he will be filing stories from his secluded corner of Disney World — he and his coworkers are cordoned off from the complex’s theme parks — for the next five or six weeks, until another USA Today reporter comes down to relieve him of his duties.

In the meantime, Medina is able to attend team practices and shootarounds, all while wearing a mask and observing proper social distancing protocols that the league has instituted.

Though he is grateful that he has been given the opportunity to report from inside the bubble, there are challenges that have hampered his ability to get scoops and liven up his reporting.

“The league has done as good a job as they can with allowing socially distanced interviews, but the setup’s a lot harder than it was before,” he said, bemoaning the fact that there have been fewer spontaneous encounters in which he might be able to wring an exclusive from a player.

“During normal times, you could pull guys to the side and chat informally,” he said. “That’s not really an option.”

Still, he acknowledges certain benefits to being on the ground. “There have been specific stories where it’s valuable to have your eyes and ears, especially writing stories about what the setup is like, the testing protocols, all those things,” he said.

Since then, however, Medina hasn’t had time to relax for an even hour or so with a stiff drink. “Frankly, I haven’t drank a lot,” he said. He has considered golfing on the weekends — an option inside the bubble — but hasn’t been able to lock down a convenient tee time.

He is simply too busy observing games, filing stories and doing radio and TV interviews. He imagines that some of his other colleagues who cover one team exclusively may have more latitude.

But Medina isn’t among them. “You’re literally waking up, getting tested and just consuming basketball for the rest of the day,” he said. “And then you go to bed.”