‘While his perspective is certainly different than Eliot Engel’s, I think there's obviously a recognition and an openness there as it relates to the State of Israel’ 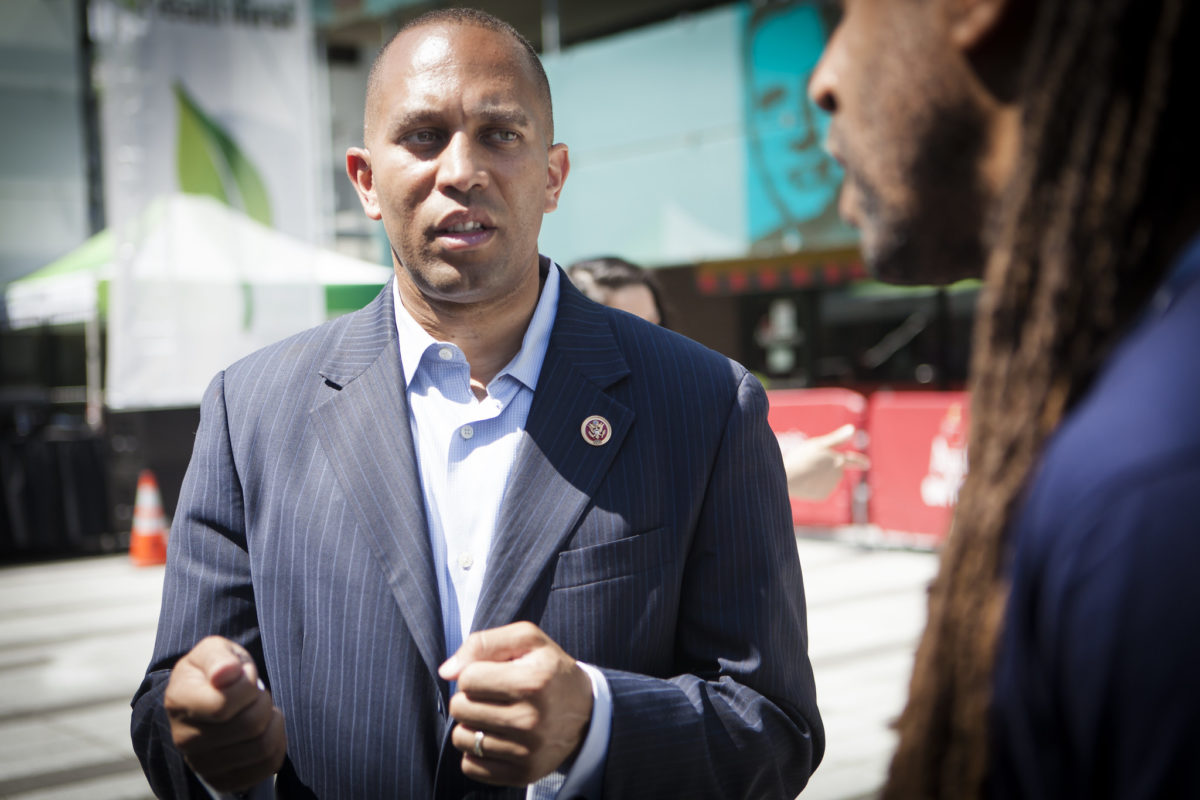 Rep. Hakeem Jeffries (D-NY), chairman of the House Democratic Caucus, expressed hope that his likely new colleague, Jamaal Bowman — who beat Rep. Eliot Engel (D-NY) in the Democratic primary for New York’s 16th district — will join the majority of the Democratic Party in support of Israel.

“Mr. Bowman has explicitly said he doesn’t support BDS. And so, while his perspective is certainly different than Eliot Engel’s, I think there’s obviously a recognition and an openness there as it relates to the State of Israel, its relationship to the United States and its importance,” Jeffries said during a Zoom call on Wednesday hosted by the American Jewish Committee.

Jeffries added that Bowman’s opposition to BDS creates “a pathway there to more dialogue because he’s clearly open to a perspective of the shared values, the shared strategic importance, based on his explicit condemnation of BDS.”

Jeffries stressed that the House Democratic Caucus is “a big family, a diverse family and an enthusiastic family,” but “at the end of the day. I think that the overwhelming sentiment is that we’re going to work together on behalf of the American people to advance shared values and objectives.”

Referring to Bowman and Cori Bush — a Justice Democrats-backed candidate who, like Bowman, unseated a longtime Democratic member of Congress and has aligned herself with ‘The Squad’ — Jeffries said that “it remains to be seen what their perspectives are going to be as they come into that family.” He pointed out that Rep. Ayanna Pressley (D-MA), one of the ‘Squad’ members elected to Congress in 2018, voted with the Democratic caucus on the anti-BDS House resolution.

“I actually think that when you begin to look at a caucus generally,” he said, “it’s important to look at everybody individually and their perspectives and how they articulate and vote, and that you’ll actually find something different than what the media often projects.”