Orthodox Jews debate how to approach the 2020 election 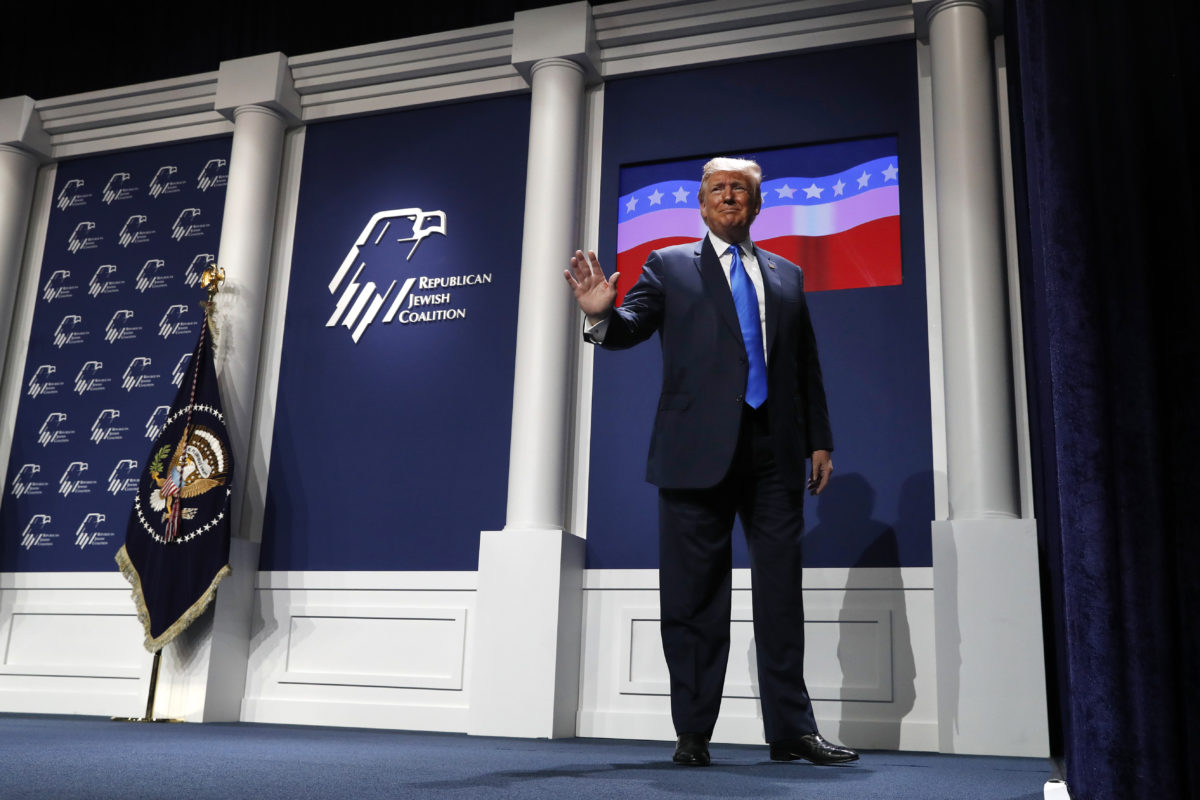 A group of leading Orthodox Jewish activists is cautioning members of their community against identifying themselves with any political party or candidate in an open letter published ahead of the 2020 presidential election.

“As Orthodox Jews, we live in a benevolent host society to which we have rightly given our loyalty. It is thus important that we not be regarded by the American public as turning a blind eye to the degradation of our moral climate in exchange for political support for parochial interests,” reads the op-ed, featured in the Cross-Currents journal and in other print publications.

While the piece does not mention President Donald Trump by name, the authors implicitly reference the president’s rhetoric and behavior. “Shameless dissembling and personal indecency acted out in public before the entire country are, in the end, no less morally corrosive than the embrace of abortion-on-demand or the normalization of same-gender relationships,” they write.

Shafran, who also serves as the director of public affairs for Agudath Israel of America, explained to Jewish Insider that the message the activists sought to convey in the letter was “that when Torah-dedicated Jews act in ways that others see as ‘gung-ho’ embracing of someone who exemplifies behavior that is repugnant in the eyes of Judaism, that sends a message that we don’t really care about what Judaism means.”

In the open letter, the authors also point to several narratives pushed by the Trump administration that have been adopted in the Orthodox community, such as calling the entire Democratic Party anti-Israel. “We must reject the efforts of those who, for self-serving electoral gain, seek to turn Jews against any party or faction,” the group writes. “Our practical focus should be on recruiting allies and building alliances, and we ought to shun partisan posturing that only alienates us from those who govern us.”

In recent weeks, Trump has labeled protesters in some major U.S. cities as “deranged anarchists” and warned that if former Vice President Joe Biden, the presumptive Democratic presidential nominee, is elected in November, the country would descend into chaos.

The president’s comments appear to have caught the attention of at least one influential American rabbinic figure, prompting him to publicly endorse Trump for reelection.

“You see the matzav [situation], the anarchy… it’s frightening… We need rachamei shamayim [the mercy of heaven]. If Trump doesn’t win in November, it’s worrisome,” Rabbi Shmuel Kamenetsky, head of the Talmudical Yeshiva of Philadelphia, said in a recent interview with Mishpacha magazine, published this week.

Kamenetsky, who is also a member of the Moetzes Gedolei HaTorah (Council of Torah Sages) of Agudath Israel, said he endorsed Trump because “he’s done a good job. It’s hakaras hatov,” using the Hebrew term for gratitude. When asked about Trump’s rhetoric and how he is a “less than positive role model,” Kamenetsky replied that is “not a reason not to vote for” his reelection. “That has nothing to do with politics,” he explained. “That’s because he’s a wealthy man… wealthy, powerful people have a way of speaking and acting that is not refined.”

Avital Chizhik-Goldschmidt, an editor at The Forward, told JI that a number of moderate millennials in the community “are truly distraught over” the remarks. “Many young frum Jews don’t want their spiritual leaders getting into politics,” she said. “It distressed them to hear this from a great leader, but they will not say anything about it.”

One well-established Jewish community leader, who asked to remain anonymous, pointed to Kamenetsky’s anti-vaccination stance, saying that when it comes to matters not related to Talmud, the rabbi expresses views without being fully informed.

Menashe Shapiro, a New York City-based consultant who has worked with both Democrats and Republicans, told JI, “Rabbi Kamenetsky’s endorsement and reasoning is as perverse as his anti-vaxxing and risking the lives of young children. Suggesting that Donald Trump represents God and Torah, betrays an ignorance of Trump’s entire life, career, presidency, and 50,000 tweets — in much the same way anti-vaxxers betray an ignorance of basic science.”

Chizhik-Goldschmidt noted that Kamenetsky’s perception of Trump and recent social unrest “is representative of how the majority of frum Jews think — largely a product of conservative media’s narrative, which is then reprinted by Orthodox media and online outlets.”

Rapaport, one of the authors of the open letter, told JI that the language used in conversations about current events has “changed in shocking ways.” But according to Rapaport, this does not reflect the political views of the entire community. The phrase “You sound like a Trumpist” has become “a common retort” in debates over issues, he said.

Shafran maintained that when it comes to the ballot booth, members of the observant Jewish community should put the interest of the community and those of “larger society” above all, “even if that means supporting an imperfect person” for office. “There are times, many times, when one has to cast a vote with a ‘krechtz’ [a groan],” he told JI. “The vote may be important, but so is the krechtz.”