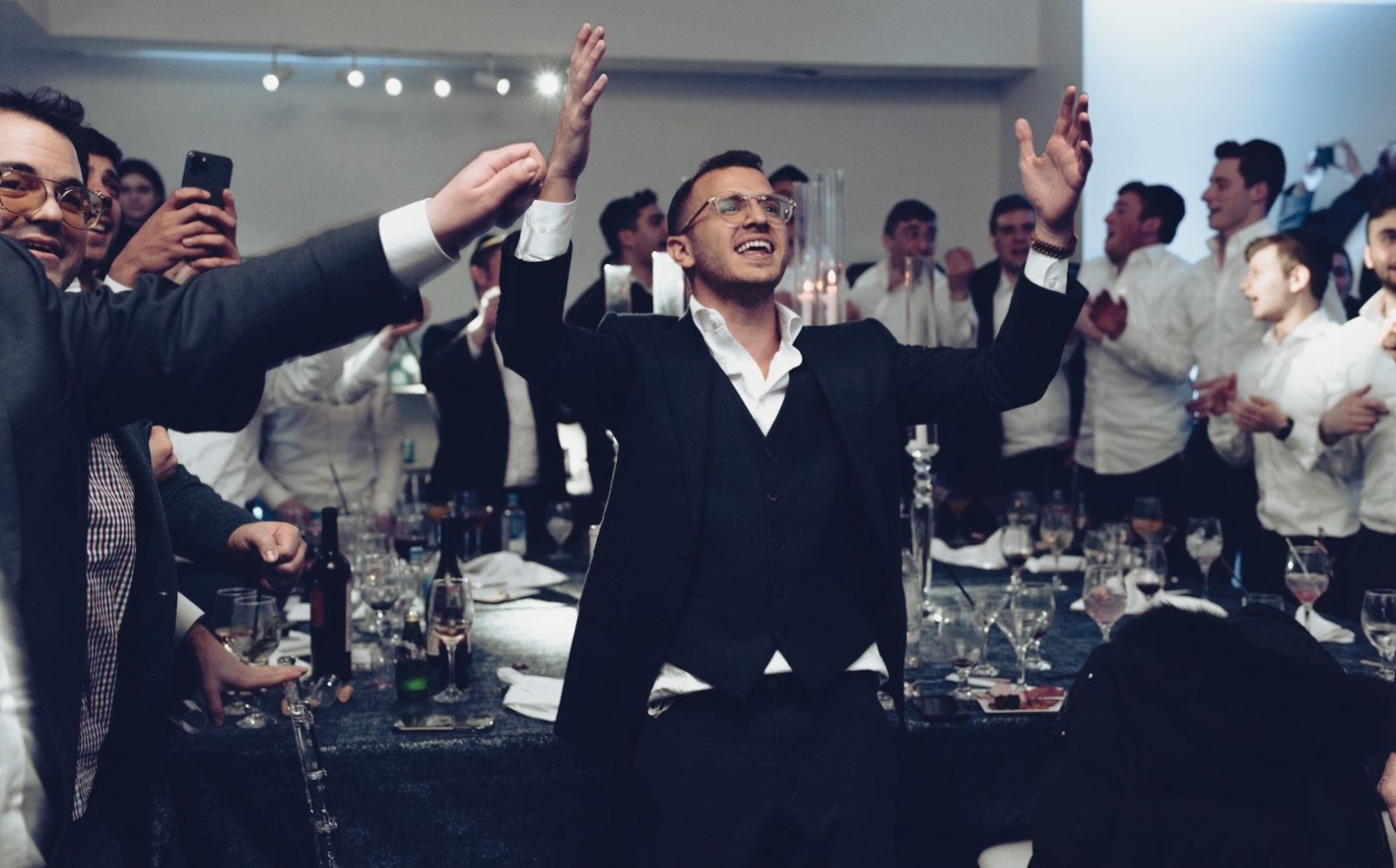 When Matt Weiss was in his early 20s, he would often sneak out of his Brooklyn yeshiva to perform at various events. As the lead keyboardist for an in-demand cover group called the EvanAl Orchestra, Weiss was playing about four nights a week throughout the tri-state region. “We were a very popular wedding band in the regular Orthodox circles,” he said.

It is interesting that Weiss should defend himself in that way, because he has made it abundantly clear since then that his main desire is to go to the clubs. In his mid-20s, Weiss discovered electronic dance music and left EvanAl behind to pursue a career as a DJ. Now 29, Weiss — who performs by the stage name Matt Dubb, as in the letter ‘w’ — has built a reputation for himself as an in-demand electronic music artist.

Weiss occupies a unique role in the Orthodox music world, though it is one he initially straddled uneasily. “People were like, what’s this guy doing? He’s bringing club music into the Jewish world,” Weiss said. “You would see these comments on YouTube that were nasty.”

His detractors were right in one sense: Weiss’s music sounds as if it belongs in a nightclub or at a rave, and that is, of course, where he wants it to be heard. But it is also intimately in touch with the ritual of ecstatic song and dance in Jewish culture, creating a kind of tension — a push and pull between innovation and tradition — that has driven much of Jewish-American art.

For Weiss, who sings and produces as well — he rarely records in English — house music is a kind of alternate religion. “To me, it’s so deep and spiritual,” he told Jewish Insider in an interview from his home in the Midwood neighborhood of Brooklyn. “People think it’s just, like, party music. But it’s so deep. A good beat hits me in the soul.”

Weiss first started DJing when he was performing with EvanAl. Then, traveling abroad to music festivals in Ibiza and throughout Europe, he was introduced to a whole new style of entertainment — one he wanted to learn himself. “I would hear the top, top DJs and be, like, ‘I feel like I could do this,’” he recalled.

He quickly found his footing. His first album, in 2015, was with the renowned Hasidic pop singer Lipa Schmeltzer, who had previously sung with EvanAl. B Positive was a stylistic departure for Schmeltzer, who had released nearly 20 albums and was unused to the accompaniment of pulsing beats and buzzing synth lines that Weiss taught himself to make via YouTube videos and a computer program. “It was a big risk to do that album,” Schmeltzer told JI. Still, he did it anyway. “I trusted Matt,” he said.

Weiss’s affinity for the international house music scene makes sense in light of his parochial background. “He’s a frum kid from Lakewood,” said Ruli Ezrachi, a singer and musician who works as Weiss’s manager. In fact, Weiss grew up on top of a shul in Lakewood, N.J., that his father built. He went on to attend yeshivas in Edison, Staten Island and Brooklyn until the age of 25, when he moved on to DJing.

“I was never rebellious,” Weiss said, adding that his father was supportive of his nontraditional route. Weiss isn’t married and has never studied in Israel, though he has been there several times for gigs. Still, as a testament to his religious devotion, he prays with a minyan three times a day and tries to study the Talmud for about 45 minutes each night.

“Even if he goes to Mexico on vacation,” said Ezrachi, “he’s going to be in the Chabad House every morning at 9 a.m. for the minyan.”

Weiss’s best-known songs include the old-world “Baruch Hashem,” with Zusha and Pumpidisa; the bright and earnest “Adama V’shamayim,” which came out in 2019; and his most recent release, from late May, “Ana,” featuring the Israeli singer Itzik Dadya.

Ezrachi described Weiss as a perfectionist who works on just one song at a time. Normally, he said, Weiss will come up with a beat that functions as a kind of rough sketch for the song to come. Then he will write a melody around it or he’ll find someone who can do it alone or with whom he can partner. The final step: Ezrachi helps Weiss look for a lyricist as well as a singer. “Or sometimes Matt says, ‘I don’t care, I’m just gonna sing it myself.’”

Weiss has played a number of high-profile events since he started in electronic music, such as the Jewish Music Carnival in upstate New York and a Camp HASC fundraiser at Lincoln Center’s David Geffen Hall. But he has yet to break into the secular club scene, a goal he hopes to accomplish soon — not exactly an uncommon wish among Orthodox performers.

“I have yet to actually do a gig in a mainstream club,” he told JI. “Right now, I only do religious Jewish events. I’ve never played at a club that’s not a Jewish party. I’ve played a club on Purim.”

Before the coronavirus pandemic, Weiss had been scheduled to DJ at a popular electronic music festival in Miami. The March 19 show, featuring such marquee names as Desiigner, Mariah and FatBoy SSE, was supposed to be a coming-out of sorts for Weiss. But the show was cancelled when the virus hit.

Lately, though, Weiss has focused his energy on finance. In 2018, he founded a brokerage firm, Dubbs Holdings, and now invests in businesses around the country through a separate business, Supreme Capital. He has found some success, he said, and at the moment, he is working to build on it, though he wants to pursue music exclusively at some point. “That is the dream,” he said. “But I’m realistic right now.”

There are some signs that may happen soon. He is currently working on a song in partnership with a famous performer with an Orthodox background who managed to find fame beyond the Orthodox community. The artist’s name, Weiss said, could not yet be revealed to the public.

Still, despite his desire to move beyond the Orthodox music scene, it is clear that Weiss has no intention of abandoning his identity as an Orthodox Jew. “I’m very spiritual,” he told JI. “I don’t want to switch that. Like, I don’t want my songs to be about girls. I want them to be about God and stuff like that — spiritual — but I’d love for it to be played everywhere.”

He at least takes comfort in the belief that he has earned several converts within his own community since he started on his path in music. “In the beginning, people hated me,” Matt Dubb said. “But the world has changed.”