‘I hear candidate [Joe] Biden and other officials in the Democratic Party that talk about going back to the JCPOA, which, in my opinion, would be a very, very big mistake’ 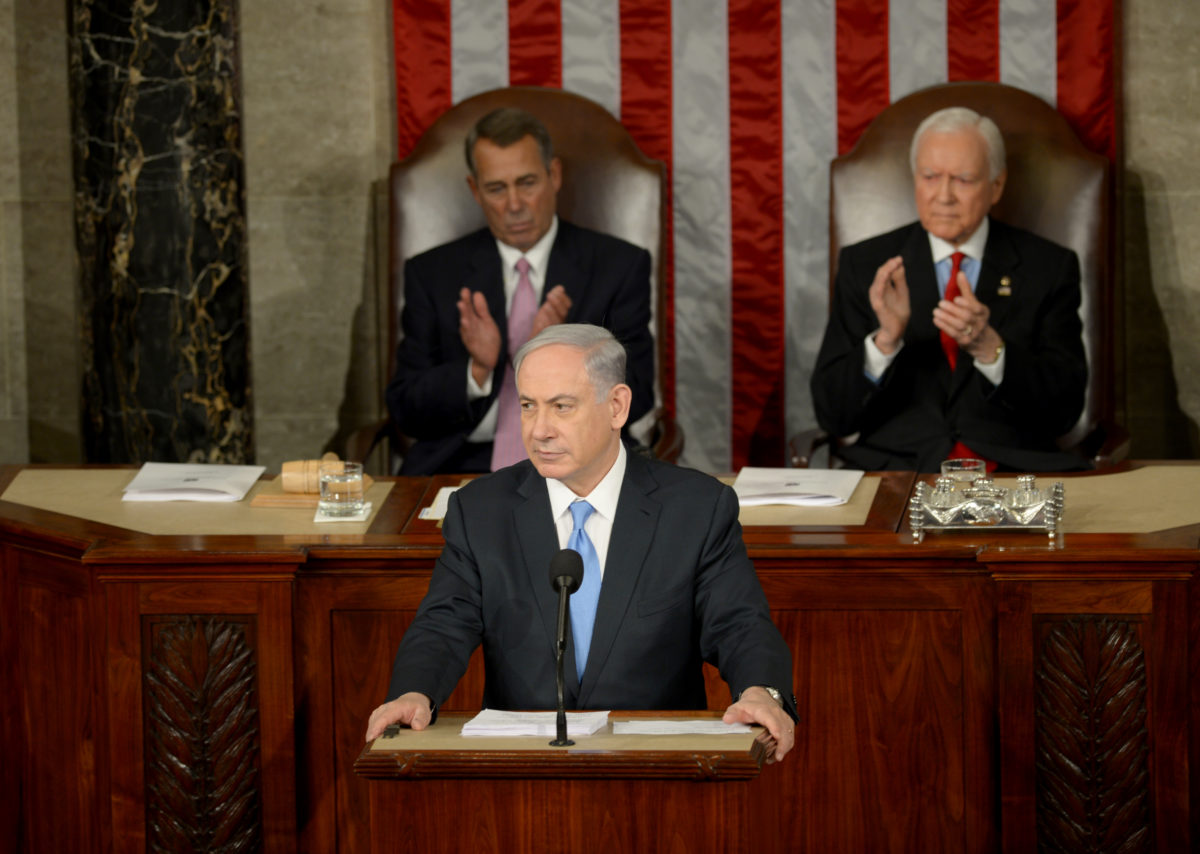 Likud minister Tzachi Hanegbi said on Tuesday that while the Israeli government has remained impartial ahead of the U.S. presidential election, he is concerned that, should former Vice President Joe Biden win in November, the U.S. would rejoin the 2015 nuclear deal with Iran.

“The issue that I feel a little worried about is the issue of the Iran deal. I hear candidate Biden and other officials in the Democratic Party that talk about going back to the JCPOA, which, in my opinion, would be a very, very big mistake,” Hanegbi said on a Zoom call hosted by American Friends of Likud. “I am not so sure that Democrats don’t still believe, like they did during the Obama administration, that engaging with Iran, trying to appease Iran, is [a] policy that is good for the United States.”

Hanegbi, who serves as minister without portfolio in the prime minister’s office, recalled that he was the only member of the Knesset to travel to Prime Minister Benjamin Netanyahu’s controversial address on Iran before a joint session of Congress in 2015, an event that was boycotted by the Obama administration and criticized by members of the Democratic Party.

“I was mostly excited to see hundreds of members of Congress giving a standing ovation and [applauding] the prime minister, not as a gesture of being polite but realizing that everything that he said there was [true],” he said, noting that “the majority of Democrats seemed to be very much impressed” by Netanyahu’s remarks.

The Likud minister quipped that former President Barack Obama “was watching Netflix” while Netanyahu made his case against the Iran deal.

Hanegbi is not concerned about a change in U.S. attitudes towards Israel if Biden is elected in November. “We believe that the support of the American people, of the American Congress is not going to change, but we’ll have to work very hard — maybe more than we did in the last four years — to convince both Republicans and Democrats that they don’t have any stronger ally in the Middle East, that the whole region here is fragile,” Hanegbi said. “So I’m optimistic, but we will have to work hard due to the fact that there were changes in American politics in the last four years.”