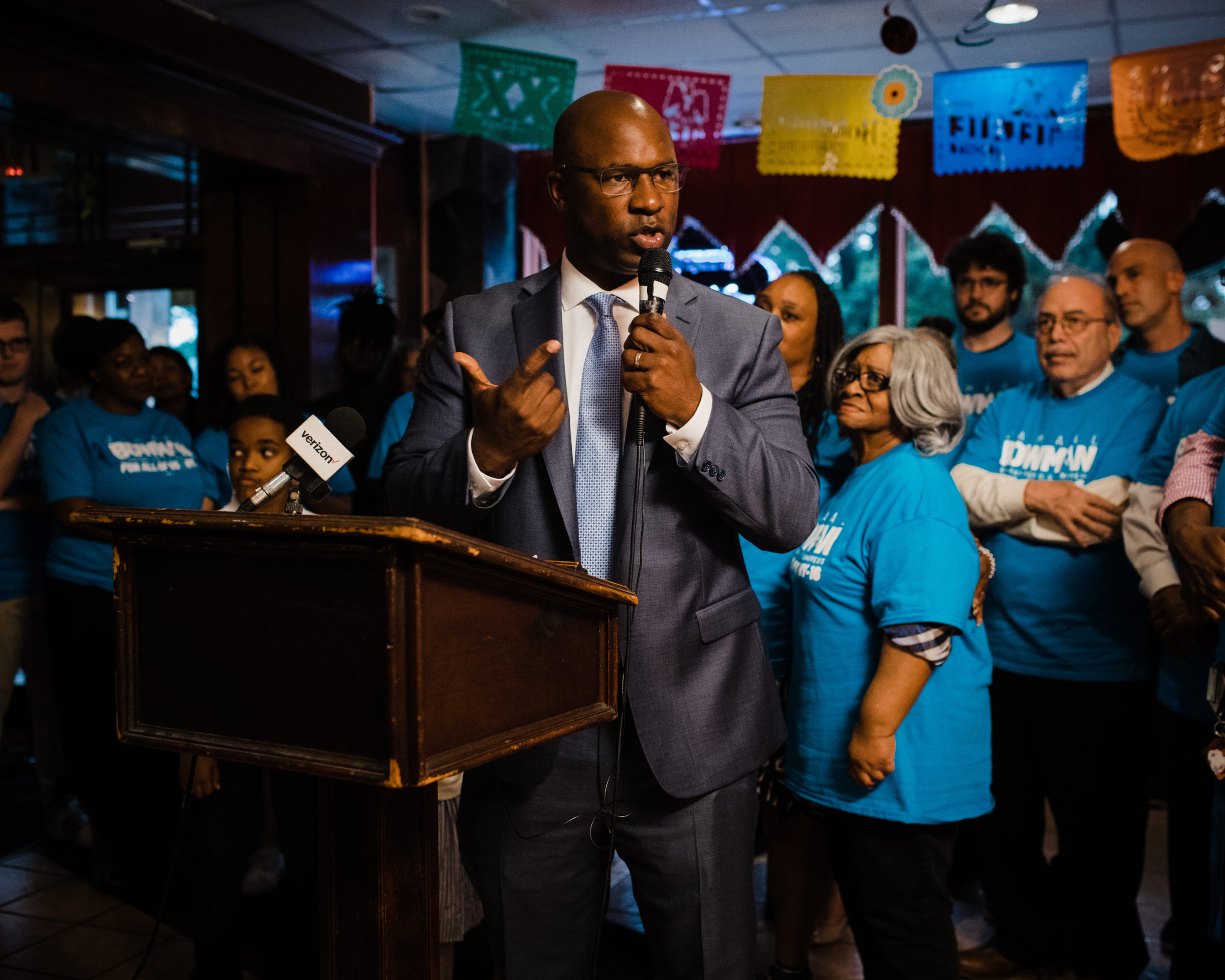 Jamaal Bowman likened the possibility of four more years of President Donald Trump’s administration to “Hitler Germany” in a televised interview on the Showtime talk show “Desus and Mero” that aired on Sunday.

The progressive Bronx principal, who declared victory over Rep. Eliot Engel (D-NY) in the June 23 primary, was exhorting viewers of the show to vote for presumptive presidential nominee Joe Biden when he made the incendiary comparison.

“Listen, vote for Biden — tell your friends and family across the country to vote for Biden — here’s why,” Bowman, 44, said in the interview. “Donald Trump is a racist, he’s a fascist, he don’t care nothing about democracy, he cares less about Black and brown people, and my worry is if he gets another four years, we’re gonna have a Hitler Germany situation on our hands. And we can’t mess around with that. He’s already the most dangerous president of our lifetime, maybe even in history.”

Rebecca Katz, a spokeswoman for Bowman’s campaign, elaborated on his remark in an email statement to Jewish Insider.

“Jamaal believes that Donald Trump is a fascist and a racist demagogue. It’s not just that Trump has no respect for democratic norms, values, institutions and the rule of law — he actively disdains them and works to undermine them,” Katz wrote. “Given another four years to consolidate power and fill the federal government with loyalists, and without being constrained by the need to win reelection, Trump would only further indulge his dangerous autocratic tendencies, including inciting violence against racial, ethnic, and religious minorities and immigrants; cruelly separating children from their families; and using state violence to suppress dissent.”