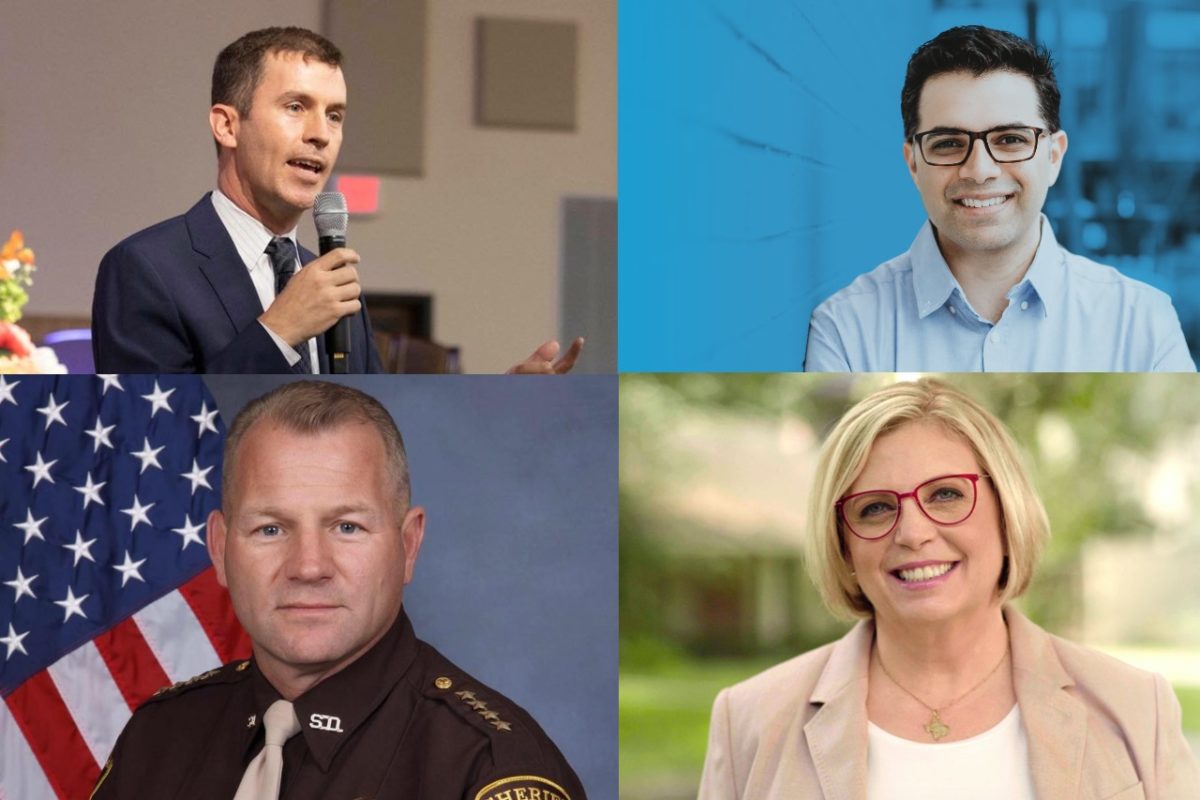 There are a number of intriguing races to watch in Texas’s primary runoffs today. Patrick Svitek, a political correspondent for the Texas Tribune, ran through some of the most noteworthy matchups in a recent interview with Jewish Insider. Here’s what he’s keeping an eye on as votes are tallied today:

Senate runoff: At the top of the ticket is the Democratic primary runoff for the United States Senate. M.J. Hegar, a veteran of the U.S. Air Force, is going up against Royce West, a veteran state politician who has served in the Texas Senate for close to three decades. Though West has trailed Hegar in the polls, he has slightly closed the gap in recent weeks as mass protests against police brutality have swept the nation. But West, who is African American, isn’t exactly an upstart progressive along the lines of Charles Booker, who came close to defeating Amy McGrath in Kentucky’s recent Senate primary race.

“I don’t think it’s an explicit moderate-versus-progressive matchup,” Svitek said of the West-Hegar contest. “And I think it may be tempting for folks from outside the state to kind of put it through that lens.” Svitek believes that Hegar — who is backed by the Democratic Senatorial Campaign Committee and has outraised her opponent — is the ultimate favorite in the race. Whether she will be able to defeat Sen. John Cornyn (R-TX) in November, however, is another story. Hegar is still something of a long shot, according to Svitek, but Trump’s sagging poll numbers may bode well for her. “I think she’s increasingly coming on the radar because of how close the presidential race is looking in the state,” Svitek said.

TX-13: In Texas’s 13th congressional district, Ronny Jackson, Trump’s former doctor, is going up against Josh Winegarner, a cattle industry lobbyist, in the open-seat race to replace outgoing Rep. Mac Thornberry (R-TX). Svitek described the race as the “most contentious” in the state. Jackson, who has been endorsed by the president, has accused his opponent of being anti-Trump, while Winegarner has attacked Jackson for only recently moving to the district. As of a week ago, Svitek said, it looked as if Jackson had the edge, but more recently, the race has tightened. “That’s one to watch, for sure,” he told JI.

TX-10: In 2018, Mike Siegel, a progressive Democrat, came within just four percentage points of beating Rep. Mike McCaul (R-TX) in the state’s 10th congressional district, a historically conservative swath between Austin and Houston. He is trying again this cycle, but first, Siegel will have to defeat Pritesh Gandhi, a well-known doctor in the district. “Gandhi is not as progressive as Siegel,” Svitek said, “but has run a pretty strong race, been the top fundraiser, brings a really interesting story as a physician here in Austin for a community health clinic, and he’s obviously benefited from being in the spotlight on the frontlines of the coronavirus.”

Still, Svitek added, Siegel has built-in name recognition from his last attempt at the seat, which may give him an advantage in the runoff. Regardless of who wins, it will be a competitive race in the general election in a district that has been trending purple in recent years. “The challenge with McCaul is that he has been able to prepare for this race since January 2019,” said Siegel, adding, “He’s also incredibly independently wealthy, and while he has been fine fundraising on his own so far, he could write himself a $5 million check tomorrow and kind of take this race off the grid.”

TX-17: Former Rep. Pete Sessions, who lost to a Democrat in 2018 in the state’s 32nd district, is trying to make his way back to the House in the open-seat contest to replace retiring Rep. Bill Flores in Texas’s 17th congressional district, which includes the city of Waco. But Sessions may have some trouble regaining entry given that Flores has endorsed the other candidate in the race local businesswoman Renee Swan.

“It’s been a unique race in that the outgoing incumbent, I think, has really played an outsized role in trying to shape the field and the battle lines,” said Svitek. “He wanted someone with stronger roots in the district than some guy who just represented Dallas for a long time.” Svitek told JI that Sessions may be the slight favorite in the district given his name recognition. “But I think it’s going to be a close race, regardless.”

TX-24: Two Democrats are running in a competitive district for the chance to succeed Rep. Kenny Marchant (R-TX), who is retiring at the end of his term. Kim Olson, a former military pilot, is something of a “mini-celebrity” in the state thanks to her run for Texas agricultural commissioner two years ago, said Svitek. “It looked like she was going to be the candidate to beat in this current race,” he said. Candace Valenzuela, a young progressive candidate of color, got into the race a little later than Olson and had a pretty slow fundraising start.

But then Valenzuela picked up the endorsement of the Congressional Hispanic Caucus and Emily’s List, as well as Sens. Kamala Harris (D-CA) and Cory Booker (D-NJ) and Rep. John Lewis (D-GA). Although Olson has been the top fundraiser in the race, Svitek said, Valenzuela has caught up with her and surpassed her in the most recent period. “Valenzuela has really built considerable momentum in this runoff,” he told JI.

TX-22: Two far-right candidates — Kathaleen Wall and Troy Nehls — are vying to succeed Republican Rep. Pete Olson, who isn’t seeking re-election, in this district in the Houston suburbs. Wall, a wealthy Repulican donor, is almost exclusively self-funding her campaign, Svitek pointed out. Nehls, a sheriff in Fort Bend County — which Svitek said contributes to about 70% of the vote in the district — has struggled to raise money, but has a solid base of support. “He just seems to cultivate loyalty among his followers,” Svitek told JI.

Wall, for her part, lost her bid for Congress last cycle in a separate district in Texas. “It was kind of an embarrassing loss for her,” Svitek said. And Nehls has some “vulnerabilities in his law enforcement background” that may put him at risk in the general election. Whoever emerges victorious will face stiff competition from Sri Kulkarni, the Democratic opponent who won his primary outright and lost to Olson by less than 5 percentage points last cycle. “If you look at the competitive districts in Texas, on paper, that one is maybe middle of the pack, but I think because of the current dynamic there, where you have a really strong candidate who’s already won his primary in Kulkarni, and you have this very messy runoff between these two candidates with unique flaws, I think that that district has kind of moved up the ranking.”