The California congressman is up against Reps. Gregory Meeks (D-NY) and Joaquín Castro (D-TX) in the race to succeed Rep. Eliot Engel 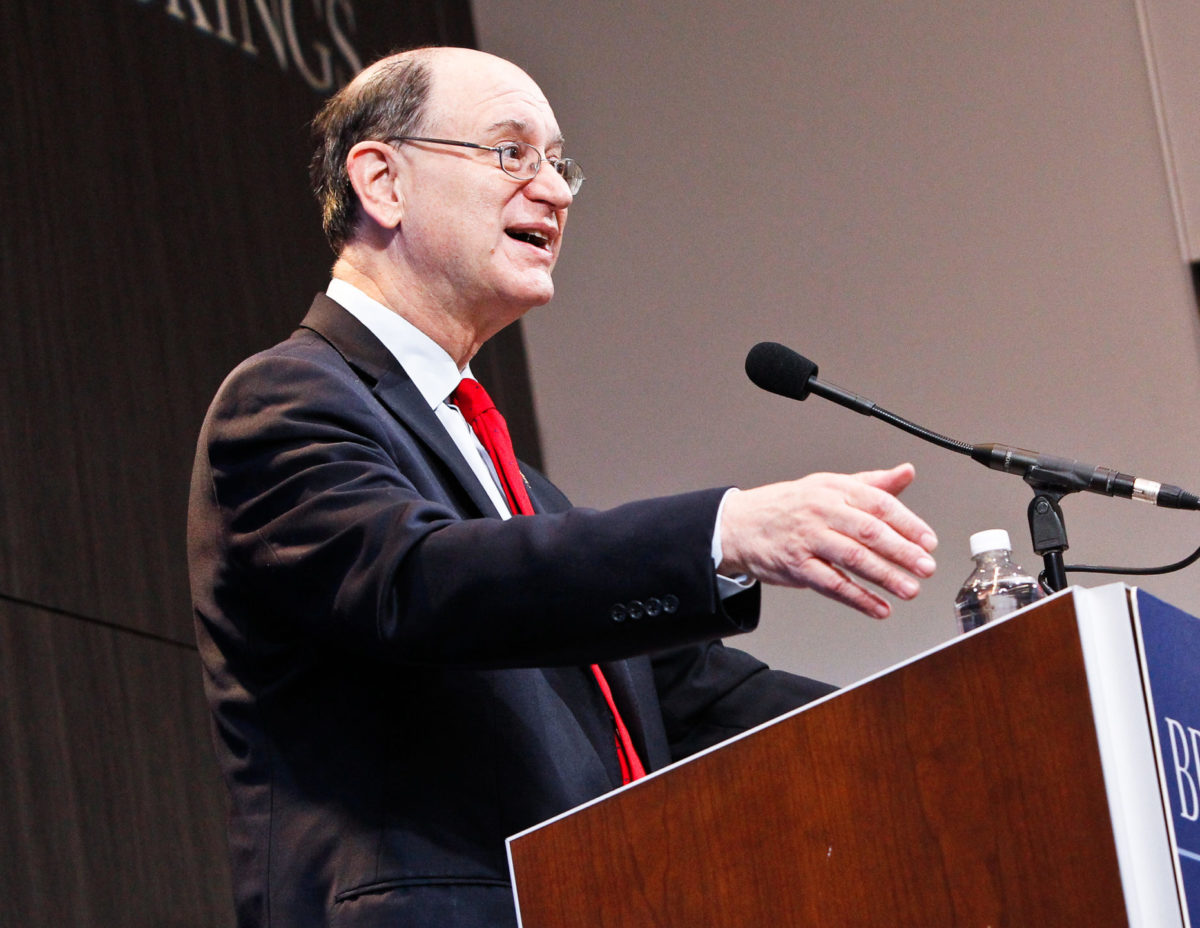 Rep. Brad Sherman (D-CA) is convinced his relationships on the Hill, his seniority and his record will bring him the votes he needs in his bid for chairmanship of the powerful House Foreign Affairs Committee, following current chairman Rep. Eliot Engel’s (D-NY) primary defeat.

“I think seniority is a very important factor, it’s always been very important to me in similar decisions,” Sherman, the second-ranked Democrat on the House panel, told Jewish Insider following a letter he sent to colleagues on Wednesday seeking their support. “I think that my demonstrated capacity, knowledge and plans for the committee would justify a vote [for me].”

Sherman is one of three candidates competing for the position; a vote will take place following the November general election. Rep. Gregory Meeks (D-NY), a senior member of the Foreign Affairs Committee and a member of the Congressional Black Caucus, was the first to declare his intention to run for the position. Rep. Joaquín Castro (D-TX), chairman of the Congressional Hispanic Caucus, announced his candidacy on Tuesday.

Both Sherman and Meeks represent the Democratic establishment and have similar voting records on Middle East issues, while Castro, who has been in Congress since 2013, is seeking to shift the party’s legislative agenda to the left on foreign policy matters. In an interview with The Washington Post last week, Castro said, “Our foreign affairs committee needs to catch up with where Democrats are in terms of foreign policy.” As an example, Castro suggested that “too often Palestinian voices have been excluded.”

While the senior Democrat said he was respectful of his competitors and acknowledged their diverse backgrounds and experiences, Sherman told JI he has already received voting commitments from a number of committee members whose viewpoints align with his, .

“I’m a member of the Progressive Caucus. I’ve voted with my party 99% of the time. I have a 100% rating by most of the leading progressive organizations,” Sherman declared as he rattled off his bonafides. “There are some elements of the political world that think that if you support the U.S.-Israel relationship, that is the sole guide to determine whether you’re a progressive on foreign policy. I do support the U.S.-Israel relationship. I, of course, was a strong and early signer of the letter against annexation. I am for a two-state solution… My efforts to get passed into law the War Powers Act enforcement provision, and my efforts to try to de-escalate our naval confrontation with China — these are important steps for progressives.”

Sherman predicted that the contest will ultimately come down to him and Meeks, although he said Castro “brings a third personality, a third group of friends and a third viewpoint” to the table. Sherman noted that Castro “has said things that some supporters of the U.S.-Israel relationship are very concerned about, and some who dislike the U.S.-Israel relationship are happy [about].”

Sherman said he’s confident he can overcome the challenge posed by Meeks — who is known by his colleagues to be a sociable individual — by highlighting his knowledge of foreign affairs. “I am a bit bookish and [Meeks] is gregarious,” Sherman told JI. “But ultimately that bookishness has a certain appeal when people think seriously about what level of knowledge and study is necessary to be an effective chair of the Foreign Affairs Committee.”

“If this was just a personality contest, obviously gregarious beats bookish. But if it’s a contest for who will have the background knowledge, the reading, the studiousness to do the best possible job on foreign affairs, bookish works well too,” he explained. “Look, I’ve been in politics for a long, long time. I’ve had a bookish personality, and it has served me well — not because I have this personal magnetism [and am] the life of the party. I may not be the person where you’re going to have a beer with that guy and he’s just going to make you smile and happy. But, I think, I come across as somebody with serious knowledge.”

In a statement announcing his candidacy, Meeks noted his active support for the 2015 Iran deal, which Engel and Sherman both opposed. Sherman told JI this week that though he opposed the original Joint Comprehensive Plan of Action, he was opposed to the Trump administration’s withdrawal from the international accord in 2018 and now favors rejoining the deal without preconditions. “I think that we should stay in the deal and work to renegotiate it in the middle of the upcoming decade,” he said. “You have to rejoin and relimit their program and then go through a process of further actions in order to renegotiate it, not immediately but during the latter part of the upcoming presidential election. And I look forward to extending the nuclear restrictions in the deal deep into the following decade.”

Sherman said that as head of the committee he would shift away from some of Engel’s issue areas like the Middle East and increase the focus on Africa and Latin America. “The idea that you only focus where there’s a hot headline is a mistake,” he asserted. “Our foreign policy should be designed to build strong relationships so that crises don’t occur, rather than focusing all your attention on the crises that have already blown up. So Africa and Latin America are obviously very important to the United States and deserve a lot more attention.”

Sherman said he would also invest less time in building consensus on bills he pushes through the committee. “While I’d like to continue doing a lot by consensus, there are going to have to be times when we pass bills chiefly with Democratic votes,” he said. “We cannot only pass those bills that can pass unanimously.”

Sherman is also committed to investigating Russian intervention in the 2016 election and sanctioning Moscow for its actions, as well as serving as a check on the administration. But his focus would shift if former Vice President Joe Biden is elected president in November, he said. “First we are going to have to cooperate with the Biden administration to revitalize America’s international relationships, to rejoin the world and to rebuild our alliances, and [quoting a slogan popularized by Trump] we’ve got to make America great again. I would see it as a cooperative relationship with the administration, while of course insisting on the prerogatives of the House under the War Powers Act, with regard to the deployment of military force.”

“What our committee does will depend in significant part on who’s in the White House. Absolutely,” he added.

Sherman declined to say what he would do if Israel moves ahead with a plan to annex portions of the West Bank and how he would respond to calls for conditioning aid to Israel. But he pointed to the House letter that was signed by 191 Democratic House members as an indication that he stands with “a vast majority of our caucus” on the matter.

The California Democrat said the letter sent to Israeli leaders last month expressing opposition to annexation has already served its purpose. “I think they got the message.” he said, noting that the Israeli moves, which had been expected to start in early July, appeared to be stalled. “And it’s not just a message from the Democratic Party in the United States. I think annexation would be catastrophic to Israel’s relationships in Europe, in the Middle East and around the world.”

There’s another area on which Sherman appears to agree with the congressman he hopes to succeed. Speaking to reporters on Capitol Hill on Monday, Engel, who was recently unseated by a progressive challenger after 16 terms, cautioned his Democratic colleagues against backing primary challengers running against incumbents. “We have a team, and if you are trying to defeat a member of the team it’s hard to function,” Sherman explained.