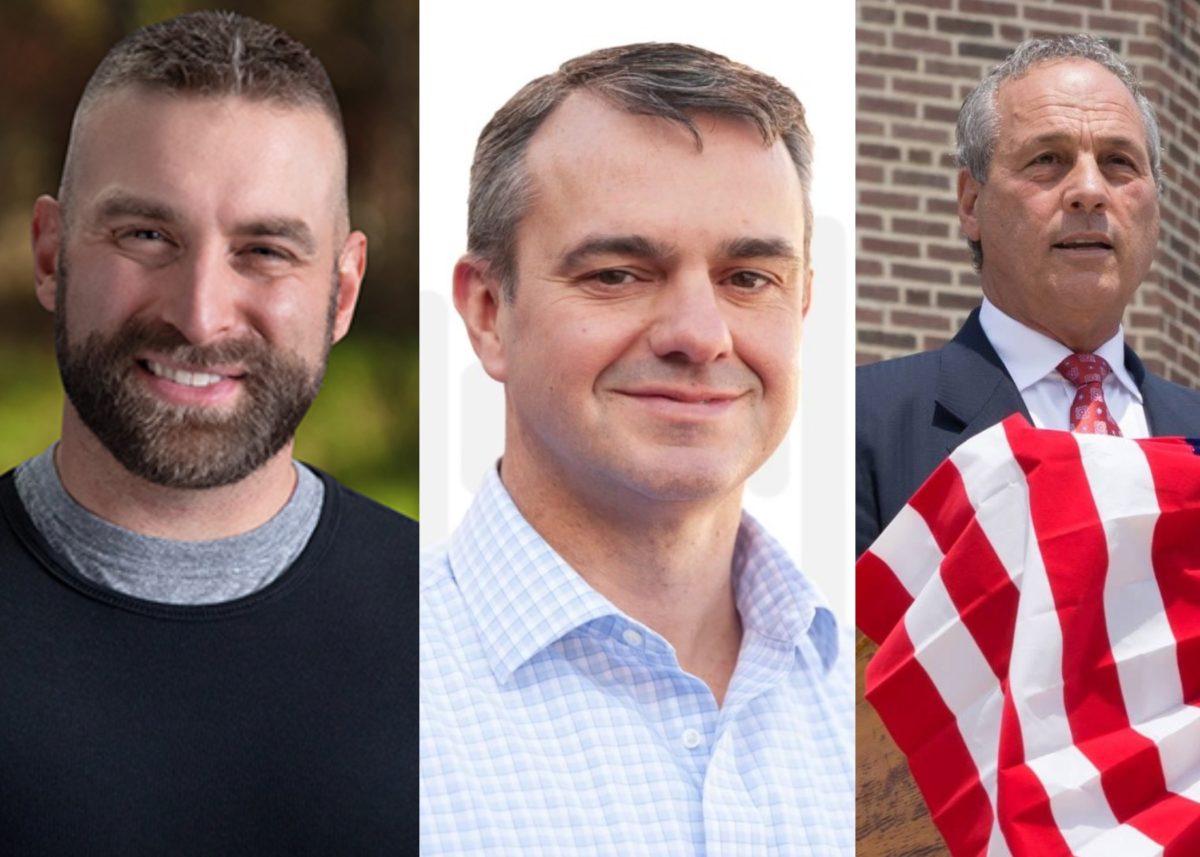 A Republican primary in northeastern Pennsylvania has turned into a three-way firing squad, as the race’s top candidates attack each other over their level of support for the president.

The GOP hopes to flip the 8th congressional district, which the Cook Political Report rates as a blue-leaning toss-up. The half-dozen candidates looking to unseat Rep. Matt Cartwright (D-PA), who has represented the Scranton area since 2013 and won his last race by nine points, hail from very different backgrounds.

Four of the six Republicans running have raised more than $150,000 — Mike Marsicano, a former mayor who ran for Congress in 2016 as a Democrat; political operative and Trump administration Export-Import Bank official Jim Bognet; veteran and Purple Heart recipient Teddy Daniels; and Earl Granville, a combat veteran who lost a leg in Afghanistan and received an early endorsement from House Minority Leader Rep. Kevin McCarthy (R-CA). Both Granville and Bognet are recognized by the National Republican Congressional Committee’s Young Guns program.

The candidates have been jostling to prove their support for President Donald Trump. In the weeks leading up to the June 2 primary, the contest has become heated, with Bognet, Marsicano and Granville all launching attacks on each other.

In a memo circulated in April, Bognet released a litany of accusations against his opponents. He attacked Granville for a social media post criticizing Trump. He also blasted Marsicano for his previous Democratic party affiliation, claiming he voted for Hillary Clinton in the 2016 presidential election.

In response, Marsicano denied the accusations and struck back at Bognet, alleging that the former administration official had himself been a Clinton supporter and had not voted for Trump in 2016.

Marsicano and Granville both slammed Bognet for having worked on Sen. Mitt Romney’s (R-UT) 2012 presidential campaign, and for living outside the district for an extended period.

Observers in the district were surprised by the sharp turn the race took.

“For the longest time [the race] wasn’t doing anything,” G. Terry Madonna, director of the Center for Politics and Public Affairs at Franklin and Marshall College told Jewish Insider. “[Bognet] ignited a firestorm by attacking the others.”

But amid all the attacks, Madonna said, it’s hard to tell who is leading the race.

In an interview with JI, Bognet, who has raised just over $300,000, said his grassroots support and fundraising abilities make him the strongest challenger in the general election. “I’m the only candidate that will be able to raise the resources and garner the grassroots support to be able to defeat [an] onslaught of liberal special interest money,” he said.

Daniels made a similar case for his candidacy, pointing to endorsements from local pro-Trump and pro-second amendment groups, including Pennsylvania Bikers for Trump, Northeast Pennsylvania Women for Trump, Northeast Pennsylvania Second Amendment Patriots and Pike County Second Amendment Sanctuary Movement. “People know that I’m the guy on the ground that’s gonna fight,” he told JI. “I’m the farthest right than any of the other candidates. And people… told me that I’m authentic.”

Marsicano’s campaign did not provide any comment on the race and Granville’s did not respond to requests for comment.

Some of Bognet’s and Daniels’s legislative priorities, including revitalizing the local economy by promoting manufacturing and fighting undocumented immigration, are broadly aligned.

Bognet also wants to “[make] China pay for the lies they told and the lives we’ve lost,” focusing on the country’s unfair trade practices and alleged coronavirus coverup.

Days after the onset of large-scale demonstrations across the country in response to the killing of George Floyd in Minneapolis, Bognet told JI he supported the Trump administration’s commitment to investigate Floyd’s death, but focused on the need for the government to restore law and order.

Daniels was similarly supportive of the administration, saying he has focused on “catching some of the bullets and arrows” for Trump by taking on the president’s political opponents, including, he listed, House Speaker Nancy Pelosi (D-CA) and Reps. Adam Schiff (D-CA), Ilhan Omar (D-MN) and Rashida Tlaib (D-MI). He also has some distinctly libertarian priorities, like eliminating the Department of Education, which he told JI he views as a violation of the 10th Amendment.

As a combat veteran, Daniels opposes large-scale military action in most cases. “From somebody who’s been there, somebody who’s seen young men die… I will never ever put this nation’s young men and women in harm’s way unless it is an absolute last resort,” he said. “That’s the big issue to a lot of politicians who are war mongers. They never walked in those boots. And they don’t know what war is actually like.”

Both Bognet and Daniels said they strongly support Israel and the U.S.-Israel alliance. When pressed on Middle East peace issues, Bognet praised Trump’s efforts in the region, though he seemed to express some skepticism about the possibility of a two-state solution.

“I’m in favor of an Israel that is allowed to survive where you don’t have the Palestinians committed to pushing Israel into the sea,” Bognet said. “I am very uncomfortable with anything that threatens the territorial integrity of Israel.”

Daniels said he was not familiar with the two-state solution.

Despite the candidates’ efforts in the district, it remains unclear if any of them have a strong shot at victory come November.

“I’m at a loss as to why folks think it’s a competitive district,” said Madonna, who is also a prominent Pennsylvania pollster. “There are working-class voters in two of the five counties, but Cartwright hasn’t had a significant reelection problem.”