‘When it comes to your friends and partners, you're much more effective when you disagree on a policy matter in dealing with it in private — doing it clearly, forcefully, effectively, but not airing, to the greatest extent possible, any dirty laundry in public’ 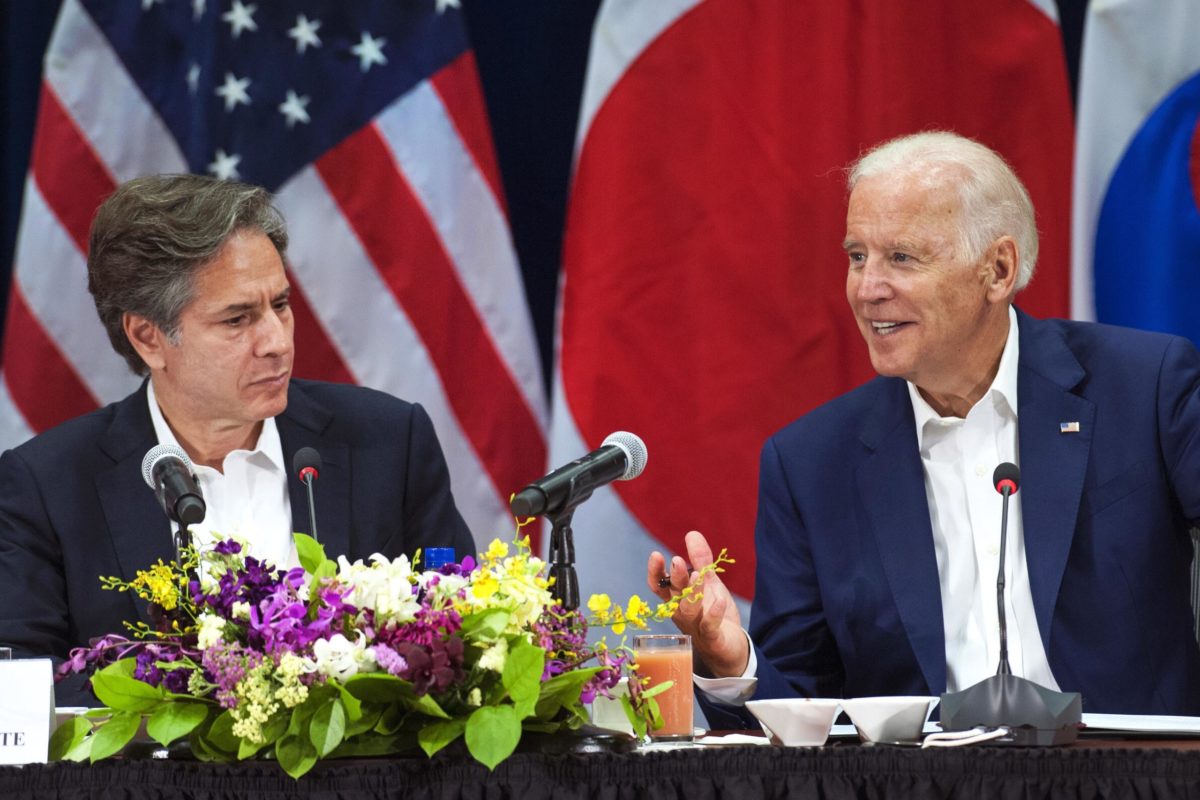 “Joe Biden believes strongly in keeping your differences — to the greatest extent possible — between friends behind doors,” Blinken said on a webcast hosted by Democratic Majority for Israel. “When it comes to your friends and partners, you’re much more effective when you disagree on policy matters in dealing with it in private — doing it clearly, forcefully, effectively, but not airing, to the greatest extent possible, any dirty laundry in public. I think one of the great strengths that a president Biden would bring to the relationship with Israel is, he goes back a long, long time with Israel. He’s known, respected and liked across the body politic in Israel, and that gives him a huge amount of credibility when it comes to engaging with our partners, including on hard questions when we might disagree, and to do it in a way that doesn’t harm the relationship.”

Blinken shared with participants that, during a trip to Israel in the early 2000s, Netanyahu — who was at the time Israel’s finance minister — pointed out to then-Sen. Biden “with great glee” a signed photograph of Biden on his desk which read, “Bibi, I don’t agree with a damn thing you had to say, but I love you.”

“That’s the nature of the relationship, and that makes a huge difference,” Blinken stressed. “And if Joe Biden is president, that’s exactly the way he would operate.”

“The only way to secure Israel’s future as a democratic and Jewish state is through two states, and it’s also the only way to meet the legitimate aspirations of the Palestinian people,” Blinken said, echoing comments he made last month on a call with the Jewish Democratic Council of America. “Any unilateral action, by either side, that makes what is already a very difficult prospect even more difficult, is something he opposes — and annexation is exactly that kind of unilateral action,” he explained on Monday.

Blinken noted that “more than 200 leading former military and intelligence officials in Israel recently came out very clearly against pursuing annexation, and they list a whole variety of reasons for doing that, including the added security burden that would likely be imposed on Israel in the West Bank and including the responses and reactions of neighboring countries. So, for all of those reasons, the vice president has been very clear in his opposition.”

Blinken said on the call that Biden “would not tie military assistance to Israel to any political decisions that it makes, period, full stop.”

Israel’s Channel 13 diplomatic reporter Barak Ravid reported on Monday that Israeli Ambassador to the U.S. Ron Dermer stressed in private conversations with Trump administration officials, members of Congress and key influencers that Israel has a small window of opportunity ahead of the November presidential election, warning that a Biden administration could derail Israel’s plans for annexation. “There is a one-time opportunity to promote annexation as long as Trump is [in the White House],” Dermer was quoted as saying.

In an interview with The Jerusalem Post on Monday, MK Gilad Erdan — who is expected to replace Dermer in Washington in the fall while also serving as U.N. ambassador — said he will defend Jerusalem’s position on annexation even against “friendly countries who don’t agree with” the move.