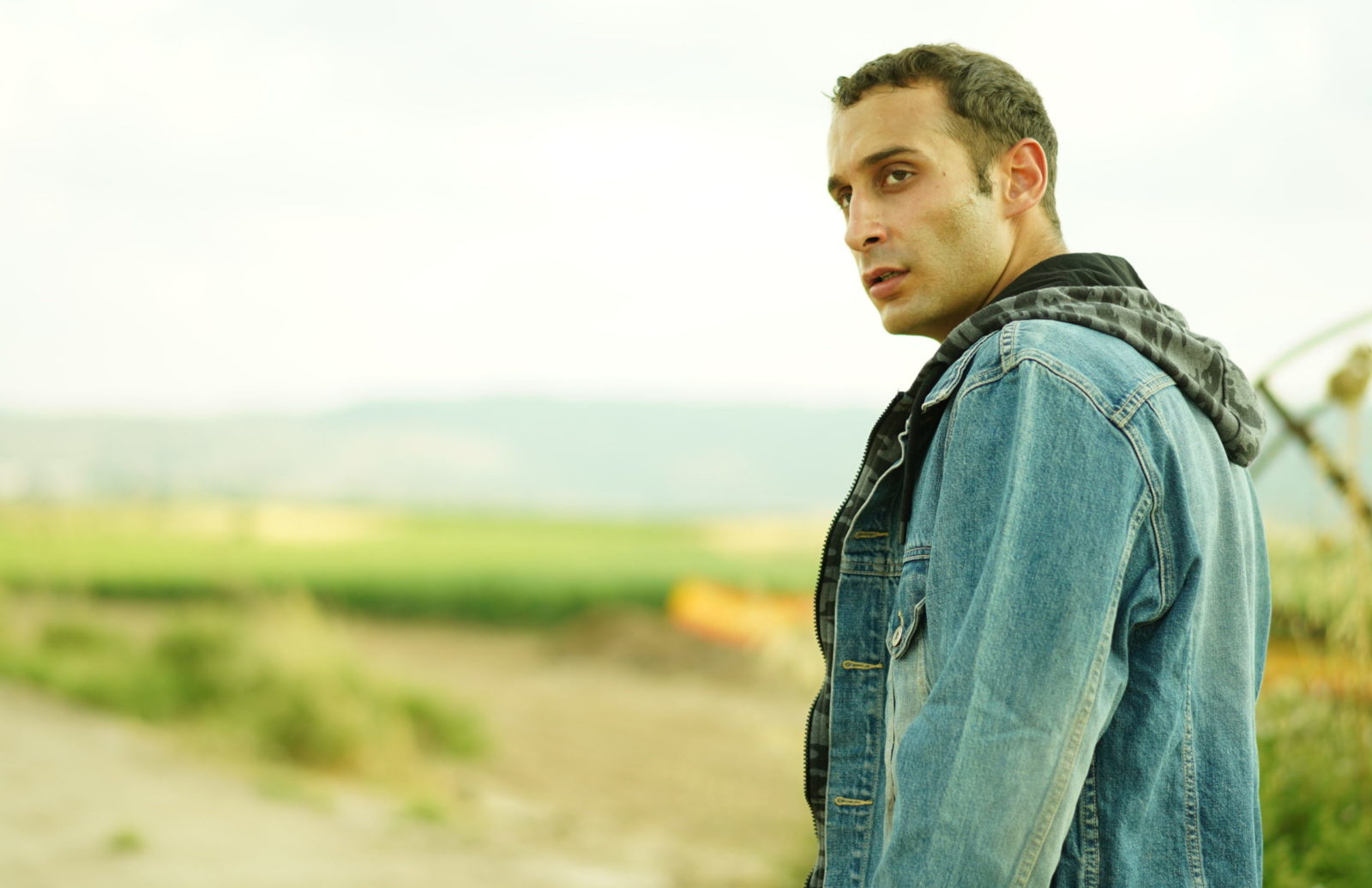 Ala Dakka, who plays Palestinian boxer Bashar in the hit show’s third season, grew up between Israel’s Jewish and Arab worlds

By the time he finished filming the third season of “Fauda,” actor Ala Dakka had still never seen an episode of the hit show.

It was only when he wrapped up shooting his role as Bashar Hamdan, a young Palestinian boxer, that he finally began watching the series.

“I wanted to bring myself into ‘Fauda’ and not bring ‘Fauda’ into me,” he told Jewish Insider in a recent interview. Dakka said once shooting ended, he began to watch the first two seasons of the show and reflect on his portrayal. “I really got focused on the drama of ‘Fauda,’ on the tragedy of the character. I wanted to bring out the tragedy of that young man as much as I could. I didn’t watch it because I wanted it to be real.”

While “Fauda” is one of  Israel’s most famous TV series, Dakka had never tuned in, since he said he prefers not to watch popular shows while everyone else is consuming and discussing them.

“I want to do things that everybody is over already,” he joked, saying that quarantine was a great time to finally start watching “Game of Thrones.”

Dakka has long been one to swim against the tide. The 25-year-old actor, born to Muslim parents, grew up in Beersheba, the southern city whose residents are 90% Jewish. After high school, he completed a year of national service working as an arts counselor with students in Bat Yam, many of whom had never met an Arab before. His father, a lawyer, hoped Dakka would follow in his footsteps, and wasn’t thrilled when he went into the entertainment business instead.

But Dakka stuck with acting, forging a path for himself in the in-between world that has epitomized his quarter century on earth. Caught between his Palestinian roots and his Israeli immersion, Dakka chooses not to fully identify as either.

Dakka grew up attending Jewish schools, having Jewish friends and often hiding or downplaying his Palestinian identity. His fluent and close-to-accentless Hebrew meant he could play soccer with kids in the neighborhood without revealing his own roots. While his parents opted to raise their family in Beersheba, they both hail from majority-Arab towns in Israel’s north.

“I grew up in such a mixed combination of personalities and identities,” Dakka said. “I’ve changed my identity so many times in my life… sometimes if I didn’t want to go into that talk of ‘where are you from or who you are,’ I would lie about my identity as a kid.”

While in high school, Dakka joined a delegation to Building Bridges for Peace, which brought together Israeli, Palestinian and American teenagers to meet up in the United States. And, in a roundabout way, it was that experience that helped Dakka develop his excellent spoken English.

“I met a girl over there and fell in love,” he recalled. “I was 16 years old and we had a long-distance relationship for almost a year,” which necessitated him studying the language. “Probably the moment where I started focusing on my English was when I fell in love.”

After high school, many of Dakka’s friends enlisted in the IDF. He opted to enroll in a year of national service, working with at-risk youth in Bat Yam, helping them form a musical group that lasted long beyond his involvement.

“It was a great year,” he said, although for many of the children, “it was very hard for them to know that I’m an Arab.” But he still has positive memories of the experience. “It was very important for me to be there, to show them that there is different — that reality is a lot more complicated than what they think.”

Though his father dreamed Dakka would enroll in law school, he instead studied at The Goodman Acting School of the Negev in Beersheba.

“Me and my father had tension when I started acting because he was very scared,” Dakka said. “He didn’t want me to go. He said ‘don’t do it, you’re ruining your life, you’re not going to find a job, go be a lawyer,’” he recalled. But when he started landing roles, his father “changed his mind, and today he’s a very big support.”

Dakka got his start in the local theater, and before long was booking parts in Israeli TV shows, including “Mossad 101,” “PMTA” — where, to his father’s delight, he portrayed a prosecutor — and the 2017 film “The Cousin,” where he played a Palestinian handyman accused of assaulting a young Jewish girl, which garnered him a nomination for best supporting actor at Israel’s Ophir Awards. He also had a small role in the military comedy “Charlie Golf One,” playing a Bedouin IDF soldier.

“It was a little bit weird,” he said of donning an IDF uniform in the show. “There are a lot of emotions with it. But if you understand it’s just cotton, and just a green uniform, and it’s important for the character — then you wear it for the character.”

Dakka also landed a small role in the 2018 Hollywood film “7 Days in Entebbe,” about the 1976 Palestinian hijacking of a plane from Tel Aviv and the subsequent Israeli rescue operation. The experience on set, the actor recalls, was unlike any of his previous jobs.

“It was a very big production,” he said. “It was a great adventure for me… I studied from the greatest, and I saw how the greatest work.”

Warning: Slight spoilers ahead for the third season of “Fauda.”

And then came “Fauda,” which began shooting its third season more than a year ago. Dakka was cast as Bashar, a young Palestinian boxer who dreams of making it big. Bashar studies boxing with coach Abu Fadi, before he discovers that his mentor is actually undercover IDF officer Doron (Lior Raz). When Doron’s treachery is revealed, Bashar embarks on a revenge plot that takes him further than he ever imagined.

Entering that mindspace, Dakka said, was the most challenging thing about the character.

“When he decides to fight back, when he starts this revenge, it was very hard for me to accept that part of the character,” Dakka said. “I needed to find that thing in me, that little kid that got promised a lot of big promises, and then at one moment [found out] everything was a lie.”

The actor worked to try and “put myself in a position” where he could somehow justify Bashar’s drastic decision in the season’s final episode.

The young actor isn’t quite sure if he ever lost his own innocence. “I don’t know if I lost it or not, it’s too big of a question,” he said. “I’m a positive person, a very positive person. I always believe that things can change to the right way — up until the last second.”

His unique upbringing instilled in Dakka an ability to shift between identities, communities and outlooks, something that has undoubtedly benefited him as an actor. But it also left him not fully sure of his own place in the complex country he has always called home.

In past interviews, Dakka has expressed his disappointment in the government for passing the Nation-State Law in 2018, which defines Israel as a state for the Jewish people — even though it had minimal on-the-ground impact.

“I find that law kind of empty of content,” he said. “It has no meaning.” But he regrets the sentiments and the fears he believes motivated the legislation.

“I really hope this country will understand how privileged we are to have so many different identities in one place — how much potential it has,” he said. “Our differences give us power.”

Dakka is still optimistic about the future of Israel. “We have to find that common ground, and that will happen — but it will take time,” he said. “This country is very young. It still acts sometimes like a kid finding its way.”

But he says he is “compassionate” toward those growing pains. “I grew up in this country, I can’t hate this place,” he said. “I don’t hate anybody. Maybe that’s my problem.”

And Dakka’s childhood in Beersheba exposed him to a rite of passage for hundreds of thousands of residents of Israel’s south: rocket fire from Gaza. Living through the flareups of violence, he said, was “very, very scary.” Such experiences also left him with mixed emotions.

“You find yourself in a bomb shelter with everybody from your building, and they’re all Jewish, and they’re kind of looking at you,” he said. He pointed to the even worse situation in cities closer to Gaza, including Sderot and Ashkelon and towns along the border.

“Those two sides, Gaza and the [Gaza envelope], they live in a war zone,” he said. “It’s very unfortunate.”

Dakka now mostly calls Tel Aviv home, although he said he spent his coronavirus quarantine time isolating himself in different cities around Israel — where he has now reached a new level of fame.

“It’s insane, people recognize me everywhere,” he said. “I love it. But I try to stay in balance… the most important thing in my life is my balance.” And he recognizes that such popularity is often fleeting.