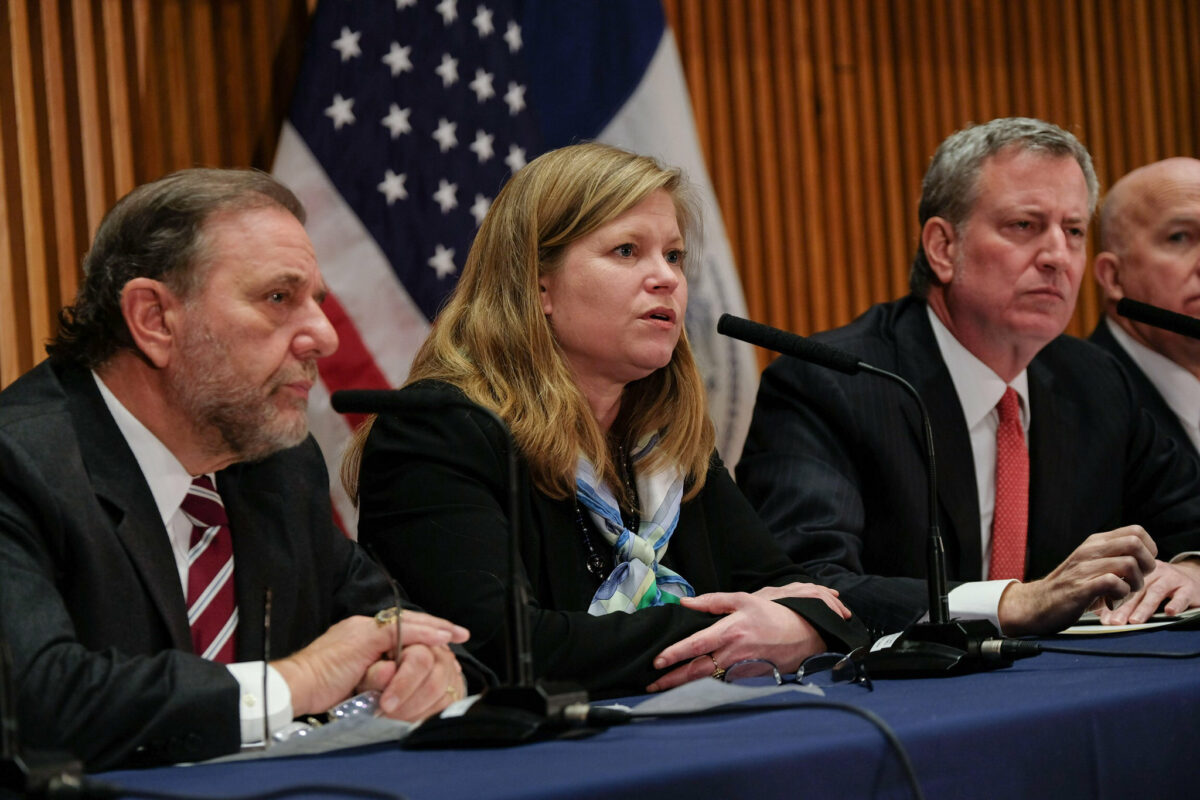 More than 400,000 kosher meals have been distributed to New York City residents in recent weeks in an effort to address food scarcity during the lockdown that has paralyzed the city at the U.S. epicenter of the coronavirus pandemic.

The kosher meal provision began on April 21st following an extensive lobbying effort by the New York City Council’s Jewish Caucus. Though provisions quickly ran out on the first day of distribution, the Department of Education has been able to serve 150,000 kosher meals at more than a dozen “Grab & Go” sites across all but one of the city’s five boroughs, and delivered additional 220,000 kosher meals to seniors and families under mandatory quarantine.

Full speed: NYC Sanitation Commissioner Kathryn Garcia, who was tapped as the coronavirus-response food czar, told Jewish Insider that “beyond the first day, where we had not projected the inventory numbers, we have not had any location that has run out of food. It’s been going from zero to 1000 miles an hour in the amount of food that we are able to get out into communities.”

Crisis mode: Councilmember Mark Levine (D-Manhattan), who cautioned about the need to expand the program for all New Yorkers, told JI, “There has never been a time in our history where the city needed to do more to get food to New Yorkers, and it’s critical that the unique dietary needs of the Jewish community be served in this crisis.” Levine, who served as chair of the Jewish Caucus from 2014-2018, added that the need to accommodate is more important given “how hard this virus has been hitting the Orthodox community.”

Fixing things: Councilmember Chaim Deutsch (D-Brooklyn) told JI his office received several complaints of people who received non-kosher meals. The commissioner told JI that other than a few missteps, she’s “satisfied” with how the DOE is accommodating observant Jewish families, noting that employees make sure that kosher meals are kept separate and that errors made early on have not been repeated.

No timeline: “As long as we are in the emergency, we’re prepared to continue running these programs and expanding them as required,” Garcia said, but added that once New Yorkers are allowed to return to work and schools are reopened, the distribution will be limited to emergency food needs so that local groceries and supermarkets are able to bounce back from the economic crisis.

Relationship with the Jewish community: As head of the sanitation department, Garcia has developed a good working relationship with the city’s Orthodox Jewish community, which she said has helped her better understand its needs during the pandemic. “We do take special care to make sure that we are meeting with leaders of those communities and that we understand what they need from us,” Garcia told JI. “And so I’m trying to bring that same focus to the question of food. We want to make sure people feel like it’s accessible.”