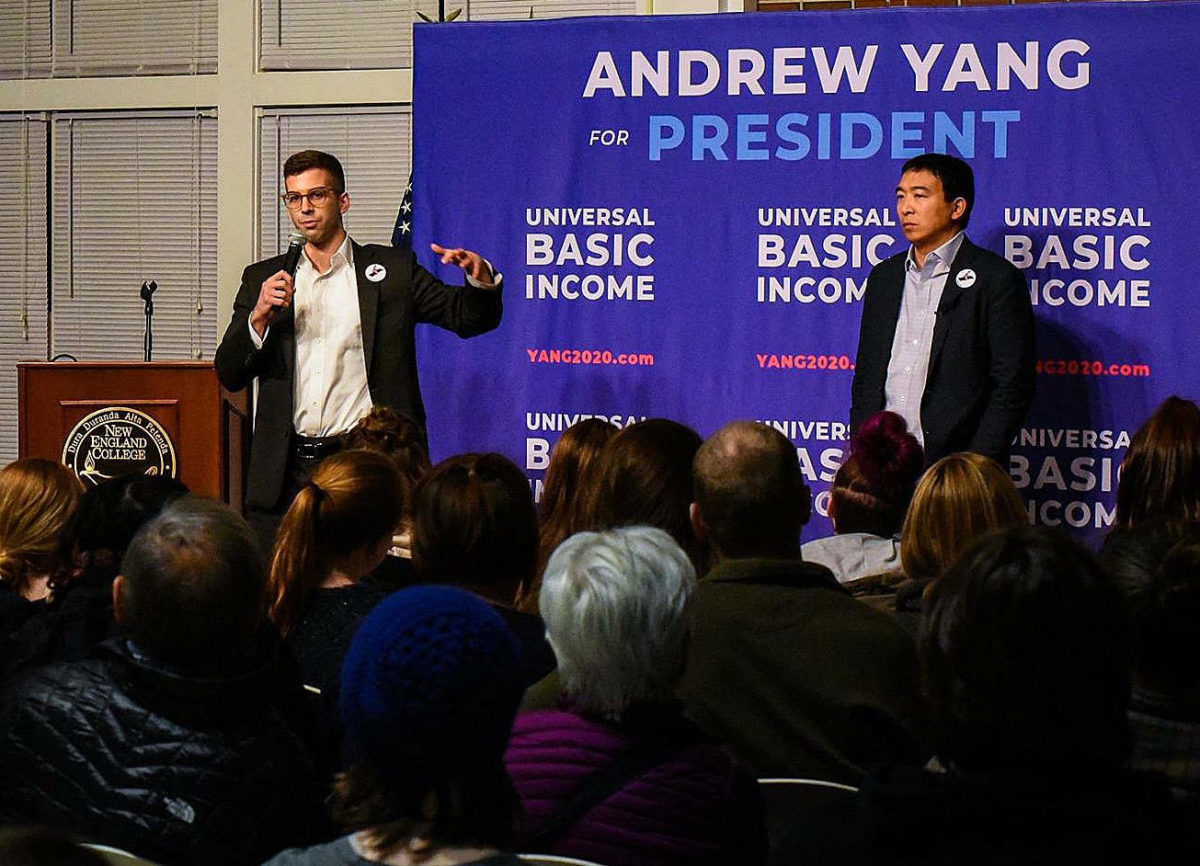 The 25-year-old alumnus of Andrew Yang’s 2020 presidential campaign says the coronavirus pandemic has affirmed his faith in universal basic income, or U.B.I. — the idea that one should receive a fixed amount of money from the government on a monthly basis.

Not that he’s celebrating, exactly. “Tragically, in the darkest of ways, it has vindicated all that we’ve been fighting for,” said Herzog, who is now mounting his own bid for public office in New York’s 10th congressional district, which covers most of Manhattan’s West Side as well as parts of South Brooklyn.

A growing number of lawmakers are indeed warming to the idea that Americans be given regular, no-strings-attached government assistance until the virus is contained. But it would be fanciful to expect that the majority of voters will warm to Herzog on June 23, when he is set to go up against Rep. Jerrold Nadler in the Democratic primary.

Herzog isn’t the only candidate vying to unseat the 72-year-old incumbent, who — as chair of the House Judiciary Committee — is one of the most powerful Democrats in Congress. Lindsey Boylan, a former advisor to New York Gov. Andrew Cuomo, has raised just under $750,000 in her effort to take down Nadler. By comparison, Herzog has only garnered about $35,000 in fundraising.

Even Herzog acknowledges that his candidacy is something of a quixotic venture. Still, he told Jewish Insider in a recent phone interview that he was merely testing a “hypothesis,” just as his intellectual idol, Yang — who has endorsed Herzog — entered the Democratic presidential race on a platform that wasn’t widely accepted but which now appears to have earned a number of converts on the Hill.

Herzog’s conversion to the so-called “Yang Gang” was immediate. “I heard about this random Asian guy running for president on the premise that everyone should get $1,000 a month for the rest of their lives,” said Herzog, who now supports a $2,000 monthly stipend as the virus rages. “And I was like, ‘holy crap.’ We need to do all we can. We need all hands on deck.”

Herzog, the son of Israeli immigrants from Haifa, dropped out of Harvard Law School to join Yang’s campaign at the end of 2018 in an effort to bring U.B.I. into the mainstream.

Herzog’s ardent belief in U.B.I. extends from his contention that structural forces such as automation and artificial intelligence have upended the global economy in ways that have left many Americans struggling to stay afloat. He points to an increase in suicides and opioid addiction as evidence of this reality.

“This is just the deep underbelly of what is now decades and decades of, tragically, institutional collapse,” Herzog said, adding that upticks in hate crimes including incidents of antisemitism are also indicative of societal decay.

“Attacks on Jews are leading indicators of a state of political and economic unrest,” he said, citing the work of authors Bari Weiss and Deborah Lipstadt. “We see this register in societies and economies that are dead or dying.”

Though he was born and raised on Manhattan’s Upper West Side, Herzog says his entire extended family now lives in Israel. In high school and college, he was active in pro-Israel advocacy, taking part in Write on for Israel, a journalism-focused leadership program for Jewish teenagers, as well in AIPAC’s Saban Leadership Seminar.

Still, he believes that such advocacy is insufficient in light of the forces that have overtaken society — a conviction he outlines in his Middle East position paper, which at the moment exists as a draft and has not been publicly released.

“Yes, of course Israel is America’s most reliable friend and only democratic ally in the Middle East,” Herzog declares, going on to aver, among other things, that the Boycott, Divestment and Sanctions movement is antisemitic, that the Iran nuclear deal was ill-conceived but “better than nothing,” and that the United States must provide foreign aid to Israel while advocating for a two-state solution.

“But none of this is enough,” he writes in the draft. “Jewish history shows us as much.”

“I had no option but to run to try to wake us up,” Herzog adds. “We had turned a blind eye to our Orthodox Jewish brothers and sisters in Borough Park on the front lines of antisemitic hate crimes for years. We had turned a blind eye to our Israeli-American brothers and sisters who have been sounding the alarm for years. We have grown complacent, even comfortable. We have to reckon with growing up making sure you had a missile shelter always within a 15-second dash away and ‘safe rooms’ for chemical weapon attacks, hearing bedtime stories from great-grandparents who fled pogroms after watching their parents burned alive in synagogue.”

Occasionally, Herzog’s musings can veer into incomprehensibility, even as he speaks in the kind of didactic tone that is befitting of his background as a graduate student.

When asked how to characterize his general view on a U.S. military presence in the Middle East, he embarked on a roundabout explanation that ended with a warning about the ever-growing threat of facial recognition technology.

Herzog is running for Congress in his home district, and said his campaign to unseat Nadler isn’t personal. “This really has nothing to do with Congressman Nadler,” he told JI. “I have great respect [for him]. He’s a patriot. He’s been a public servant for a very long while.”

Though his campaign is a long shot, Herzog contends he has a fighting chance, adding — based on some back-of-the-envelope calculations — that he only needs 2% of the entire population of New York’s 10th district to make it to the general election.

Herzog maintains that he is part of a wave of young “Freedom Democrats” who are following in Yang’s wake, much in the same way a crop of progressives backed by Justice Democrats — including Reps. Alexandria Ocasio-Cortez (D-NY) and Ayanna Pressley (D-MA) — unseated long-serving incumbents after Sen. Bernie Sanders’s (I-VT) failed presidential run four years ago.

But the difference between Yang and Sanders is that Sanders returned to the Senate after he lost the presidential election, both in 2016 and this year. Yang, on the other hand, has never held elected office — which suggests that the durability of his vision remains in question.

Still, Herzog believes that as the pandemic ravages the U.S., Yang’s vision has become more urgent. “The need,” Herzog said, alluding to U.B.I., “is too great.”

On June 23, Herzog will find out whether voters feel they need him too.