'I thought it was the right thing to do. It begins and ends there' 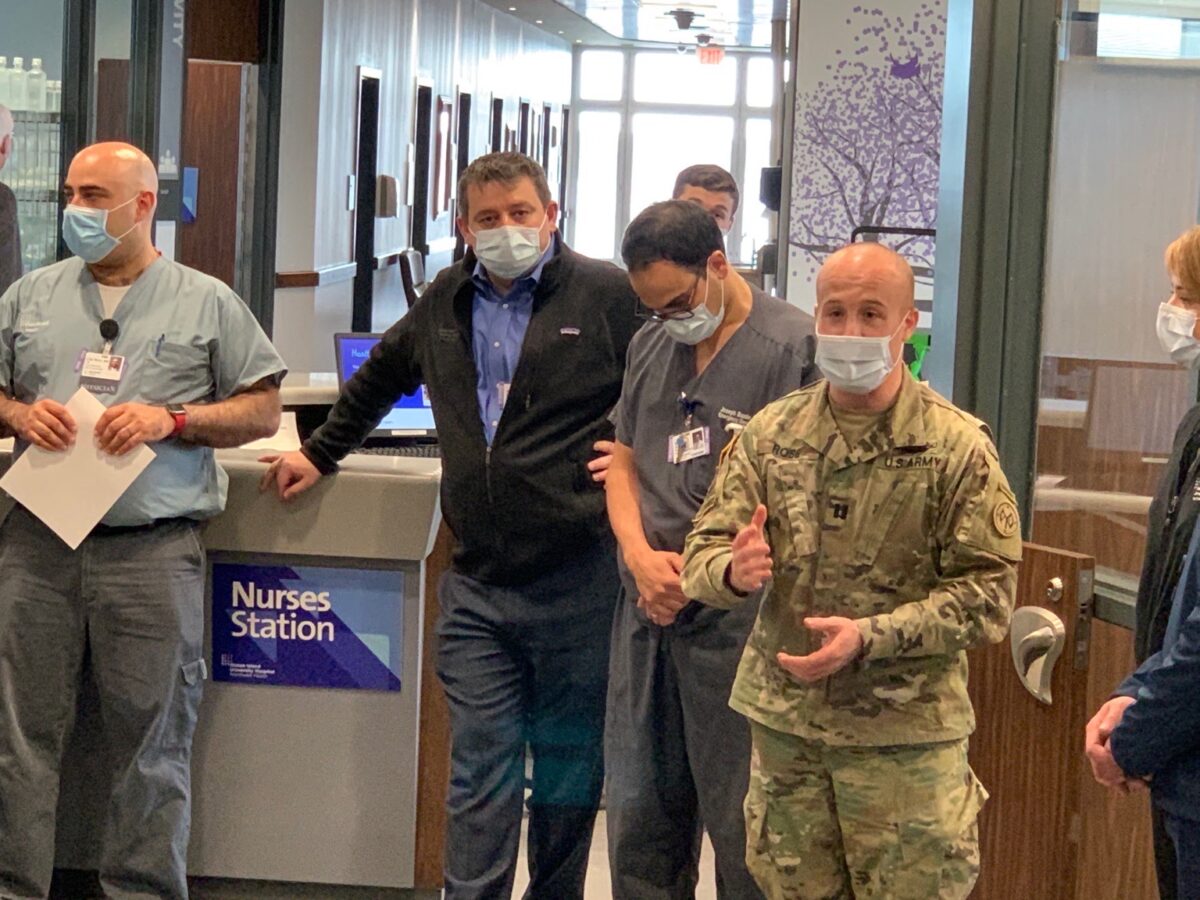 Rep. Max Rose (D-NY) discussed his two-week deployment with the National Guard to assist in the coronavirus response in his district during a phone interview with Jewish Insider’s Jacob Kornbluh on Tuesday.

Details: Rose, who has represented New York’s 11th congressional district since 2019, began his deployment on April 1. He serves as a captain in the National Guard and, during this most recent deployment, stood in as an operations officer at an emergency hospital in Staten Island.

With my own eyes: “Anything that I did pales in comparison to the extraordinary service that I saw our essential workers and medical professionals doing every single day, which is what matters,” Rose told JI. “I saw that beforehand and it was certainly reinforced again with what I saw on the ground. I think that any moment in which one can see truly heroic action first-hand inspires you and pushes you even harder to do everything you can.”

Leading the way: “I thought it was the right thing to do. It begins and ends there,” Rose said of his decision to join the fight against COVID-19. “Nobody ever wishes to have to be deployed to their own district, but the necessity of us building up our hospital infrastructure, I think, is absolutely critical, not only to deal with this situation but to prepare for the next surge [in hospitalizations].”

Stronger together: Rose, who was wounded while on duty during a tour in Afghanistan, compared the heroic response by health care workers to the service of soldiers in war: “People putting their differences aside and getting the job done. We are all weathering this storm together as a country and we have to be united accordingly.”

On alert: FBI Director Christopher Wray wrote in a letter to law enforcement officials that the agency is “concerned” about the potential for hate crimes against minority groups during the coronavirus pandemic. “Now more than ever we have to stand up against hate wherever it rears its ugly head,” Rose told JI. “We are experiencing horrific incidents of antisemitism, as well as anti-Chinese and Asian xenophobia. This is despicable and disgusting, and certainly we can enforce the law against those who display it, especially during these trying times.”