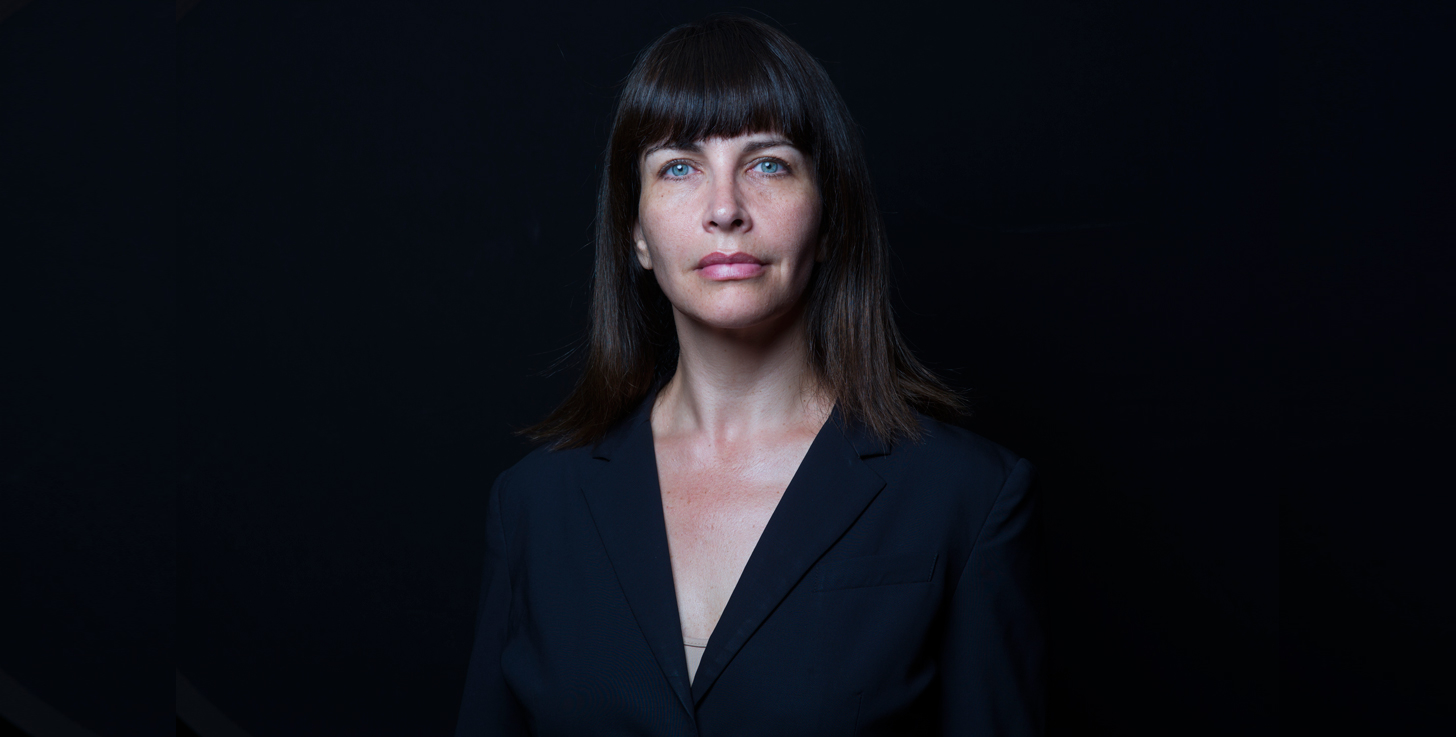 Is the real cause of the Israeli-Palestinian conflict being overlooked?

In their new book, former Labor MK Einat Wilf and journalist Adi Schwartz claim that the Palestinian demand for a ‘right of return’ is the major impediment to peace

The latest headlines about the Israeli-Palestinian conflict continously center on settlements, annexation and drawing borders. But that narrative entirely misses the core issue sustaining the decades-long conflict, argues Einat Wilf in her latest book, The War of Return: How Western Indulgence of the Palestinian Dream Has Obstructed the Path to Peace.

The book by the former Labor member of Knesset — written with former Haaretz reporter Adi Schwartz — argues that clearly and definitively removing any premise of a future “right of return” to Israel for Palestinian refugees is the only path forward for peace.

“I think that those who care about the conflict tend, by and large, not to understand what the core issue is,” Wilf told Jewish Insider. “I think the vast majority who still care about it think that it’s about occupation, settlements, borders, Palestinian statehood.”

Those who continue to push for a solution — especially those who view Israel as the root of the ongoing conflict, she said — do not understand “the extent to which the Palestinians are truly committed to the ‘Palestine from-the river-to-the-sea’ vision.”

The Palestinians’ commitment to a right of return — and their willingness to walk away from repeated deals without one — illustrates how unwilling Palestinian leadership is to accept any State of Israel, Wilf argues. Demanding the right of millions of Palestinians to “return” to what is now Israel — even if there were a neighboring Palestinian state — would effectively end the Jewish state, Wilf noted. And it’s no accident, she claimed, that the matter is not always front and center.

“The Palestinians themselves have made a point of not highlighting it,” she said. “Because it’s much easier to score points with ‘occupation’ and with ‘settlements.’” Wilf suggested that the Palestinians are “smart enough to understand that if they speak clearly on the refugee issue, they lose the argument.”

No Western countries support the idea of “a Palestine from the river to the sea in the West,” she said. “So if Western countries were to think for a moment that the Palestinians are serious about it, they would lose their support in a minute.” Instead, Wilf claimed, “they’ve created the impression that it’s a secondary issue, and that it’s a solvable issue, which it’s not.” Faced with a choice between a Palestinian state or the right of return, “then it’s the state that gets bargained away, not the return.”

And the authors point a clear finger at who they believe is the main culprit in perpetuating the issue: the United Nations Relief and Works Agency for Palestine Refugees in the Near East (UNRWA).

“The tragic but inescapable reality is that UNRWA has facilitated the perpetuation of the Palestinian refugee problem rather than its resolution,” Wilf and Schwartz write. Instead of working to reduce the number of refugees, the authors outline, UNRWA has increased that figure from around ­700,000 in 1948 to more than 5 million today. That is due to the organization registering all descendants as refugees, including those with citizenship in other countries — more than 2.2 million in Jordan — and not working to permanently resettle any of the population.

The organization, Wilf and Schwartz write, “acts under the guise of the United Nations and cover of concern for refugee rights to effectively ensure that the conflict with Israel will continue and remain intractable.” The authors lay out a path for dismantling the organization in an effort to take a step toward resolving the conflict.

Wilf told JI that she came to this realization after meetings she held with “moderate Palestinians” while she was working as an advisor to then-Labor leader and Vice Premier Shimon Peres in the early 2000s. She expected to encounter peace-seeking, moderate actors, but instead was told “you have no historical connection to this place.” The former MK described a wake-up call where she realized: “We are talking about two very different conflicts here.”

It became clear to her, Wilf said, that mainstream Palestinians were not flexible on the issue, no matter the ramifications.

“The refugee question remains… the most important litmus test for understanding the true and ultimate Palestinian position,” Wilf and Schwartz write. “Because the demand for the mass return of refugees cannot be reconciled with the right of the Jewish people to self-determination in their own state.”

In 2018, the Trump administration announced it would stop providing funding to UNRWA. But that decision, Wilf and Schwartz argue in the book, was a “missed opportunity.”

“The groundwork was not built to explain why this issue is important and why this issue requires different policies,” Wilf told JI. The White House did not reach out to diplomats in other European countries, which continue to fund UNRWA, in order to “build alliances in getting more countries on board in explaining the rationale.” And because the United States is so hyper partisan right now, she said, Democrats view most decisions made by President Donald Trump as wrong and in need of reversal, which could happen if former Vice President Joe Biden is elected in November.

The War of Return was first published in Hebrew in 2018, and recently translated to English, opening it up to a much wider audience, Wilf hopes. That includes diplomats, policymakers and journalists who “have been focused on the wrong issues and the wrong emphases.”

“The book is very much intended to flip the narrative,” Wilf said, “to really take it back to the basics and show — look, by and large, Israel did what it could and should to make peace, and that’s not why we don’t have peace.”

Wilf has long identified with Israel’s Left, working for veteran peacenik Yossi Beilin, then serving as an advisor to Peres before being elected to the Knesset with the Labor Party in 2010. She left Labor in 2011 to join the Independence Party headed up by former Prime Minister Ehud Barak, which did not run in the 2013 election.

Today, she said, she considers herself a “long-term optimist” when it comes to peace.

“I quote Chazal, the Jewish sages, who say that ‘You’re not the one who’s going to finish the job, but that doesn’t give you the license to not do it,’” said the avowed atheist. “We do what we can in our lifetime to further the things we believe in, even if we don’t realize them in our lifetime.”

One day, Wilf said, she hopes and believes that a new Palestinian leadership can emerge that understands that Israel “is not a temporary presence in the region.”

“I don’t know how long that takes — 5 years, 15 years, 500 years, who knows,” she said. “There are actions we can take that it can be sooner rather than later. If I can do work that shaves off time from when it’s going to happen, then that’s what I’m going to do.”

Wilf posited that the Trump peace plan “has a lot of good things,” despite its unrealistic path to Israeli-Palestinian peace. And on the issue of refugees, she said, the plan is “a step in the right direction,” but it’s still “disconnected.”

The former Labor MK said the nascent Netanyahu-Gantz government is not what she had hoped would come to fruition after Israel’s third consecutive election last month.

“I thought there was a unique opportunity here that did not exist for seven decades for serious political cooperation with Israel’s Arab parties,” she said. But she believes the unity government represents the “broad consensus” among Israeli society on issues of security and peace.

“The vast majority of the Israeli public is in the same place, and the government reflects it,” she said. “At the end of the day, there’s very limited ideological difference” between supporters of Likud and Blue and White, who neither want to evacuate Israeli settlements nor annex large numbers of Palestinians into Israel.

Wilf is skeptical, however, that the annexation of Jewish settlements, looming on July 1, will move forward with U.S. support — something enshrined in the deal signed by Netanyahu and Gantz last week.

“America is certainly not going to sanction it — certainly from Kushner’s side, if the Gulf states and Egypt are not going to at least passively accept it,” Wilf posited.

That scenario, she said, would only happen if there is a message sent that any annexation — of a set and limited percentage of the West Bank — would be the end, and not the beginning. “If basically those are Israel’s final borders, and whatever remains, Israel’s not going to build in and will be available for a Palestinian state,” then perhaps Egypt and Saudi Arabia would look the other way, she said. “That’s a scenario that could happen.”