“One is bad and one is outrageous,” Sarsour says of presidential candidates 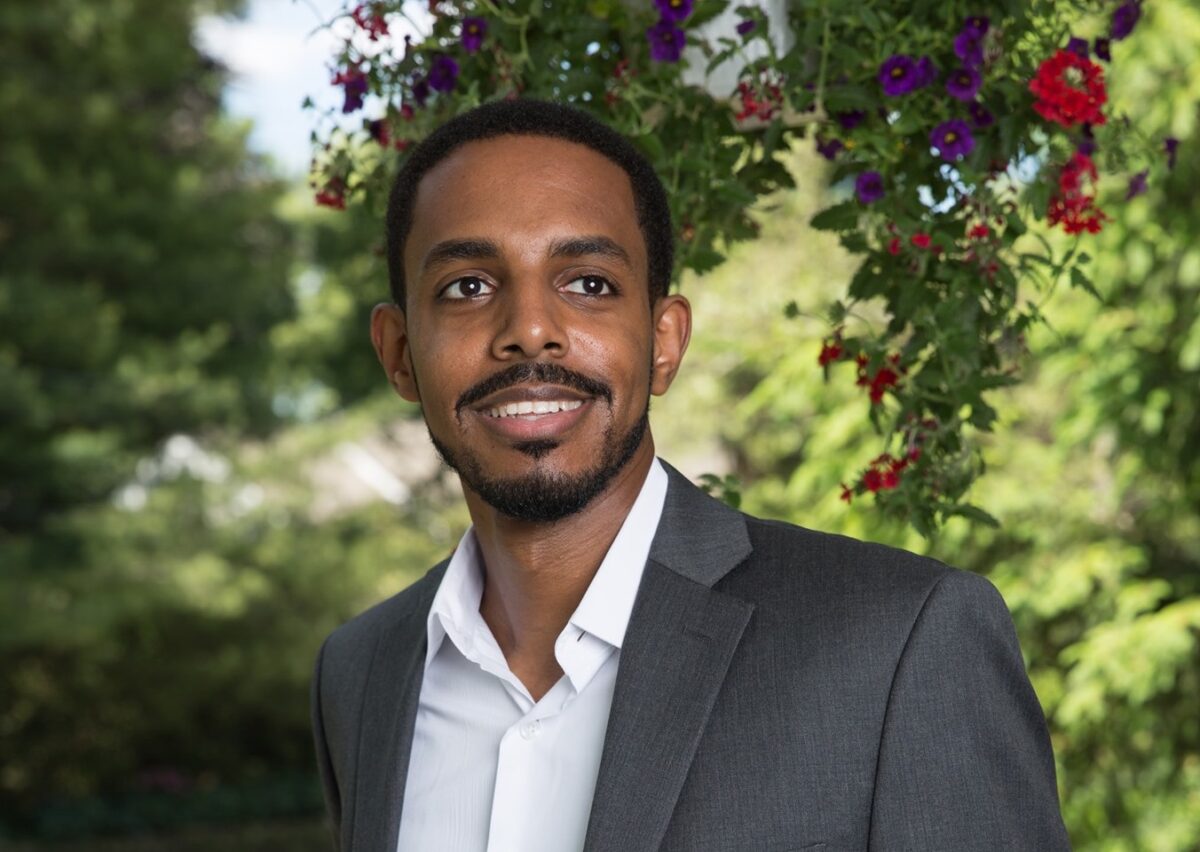 Details: Ghebreghiorgis, a 33-year-old activist from Mount Vernon, New York, is one of five candidates challenging Rep. Eliot Engel in the June 23 Democratic primary in New York’s 16th congressional district. During the Instagram webcast, Ghebreghiorgis blasted Engel, who is chair of the House Foreign Affairs Committee, for being an “uncritical supporter of Israel — sort of a mild way to put it.”

Aid to Israel: Ghebreghiorgis pointed to Engel’s comments at AIPAC last month in which the congressman said that conditioning aid to Israel “has to be just about the stupidest thing” he’s ever heard. “To me, it’s obviously a very wild statement,” Ghebreghiorgis posited, adding that an “integral part” of his campaign platform is about “ending aid” to Israel, Egypt and countries in the Gulf region “until there are actually conditions on their behavior they have with respect to their citizens.”

Pushing Biden to the left: During the Q&A portion of the conversation, Sarsour suggested “there is some potential” for progressives to “force” Biden, the presumptive Democratic presidential nominee, to shift his long-standing views on Israel. “I think that with the Donald Trump presidency, we are working against a brick wall, and I think with Joe Biden there’s a fence there, and we are going to have to figure out how we jump over that fence,” Sarsour said.

Expanding the movement: Sarsour said progressives will need to organize and commit to “building a movement under a Biden presidency. I think we can probably move Biden on a lot more issues that we could — I don’t know if Palestine is going to be the first one we are going to be able to move him towards.” Ghebreghiorgis said he was hopeful that the “solidarity and the movement-building” undertaken by his campaign and other candidates on the left flank of the party will “be able to push not just Biden but all candidates” on Israel “because not all candidates are where they should be on this issue.”

Comparing rights: Ghebreghiorgis predicted that U.S. lawmakers will, over time, change their views on the Mideast conflict, comparing the Palestinian cause to same-sex marriage. “There used to be so many ways in which politicians and different special interests tried to divide people around gay marraige, and obvisouly we have seen a great shift in a more progressive direction over the last 20 years,” he explained.

Why the obsession? During the session, Sarsour addressed criticism that she is “so obsessed with the State of Israel” while ignoring human rights violations by other countries. The activist told participants that her focus on Israel is in part because U.S. aid helps fund Israel’s defense capabilities. “Our taxpayer dollars are funding the continued occupation of the Palestinian people. Like, North Korea commits outrageous human rights violations against the North Korean people, but guess what? We are not funding them, we are not bottom-lining their oppression,” Sarsour asserted.

Adding in Egypt: Sarsour continued, “The reason why we focus on the State of Israel is because Israel and Egypt literally take up 75 percent of all military aid from the U.S. So while we are over here talking about we need health care for all and everybody keeps saying, ‘How are you going to pay for that, Linda?’ …So why don’t you decrease the military aid to the State of Israel  — and if you want to do Egypt too, I am cool with that — with the understanding that we have to put conditions on the nations who are using our taxpayer dollars?”

Linda’s squad: Sarsour pointed to the three members of The Squad ― Reps. Rashida Tlaib (D-MI), Ilhan Omar (D-MN) and Alexandria Ocasio-Cortez (D-NY) — serving as “disrupters” of the longstanding bipartisan U.S. support for Israel. “Right now we have the Rashidas of the world, the Ilhans of the world; we have the AOCs of the world who are going in and disrupting a longstanding Democratic-Republican unequivocal policy position on Israel,” Sarsour boasted.

On supporting Sanders: Sarsour, who was a surrogate for the Bernie Sanders presidential campaign for the past two primary elections, expressed her disappointment about the binary choice the progressive movement is given by the party establishment in the general election. “‪The reason why I was a Bernie Sanders supporter was because the narrative of ‘Let’s just defeat Trump’ doesn’t work for me. And it doesn’t work for a lot of people. People don’t vote against things. People vote their aspirations,” Sarsour stated. “What they’ve done to us is they’ve come inside our minds to believe that every four years we wake up and somebody hands us two candidates. One is bad and one is outrageous and they tell us, ‘Well of course you don’t want the outrageous one, so just vote for the bad candidate.'”