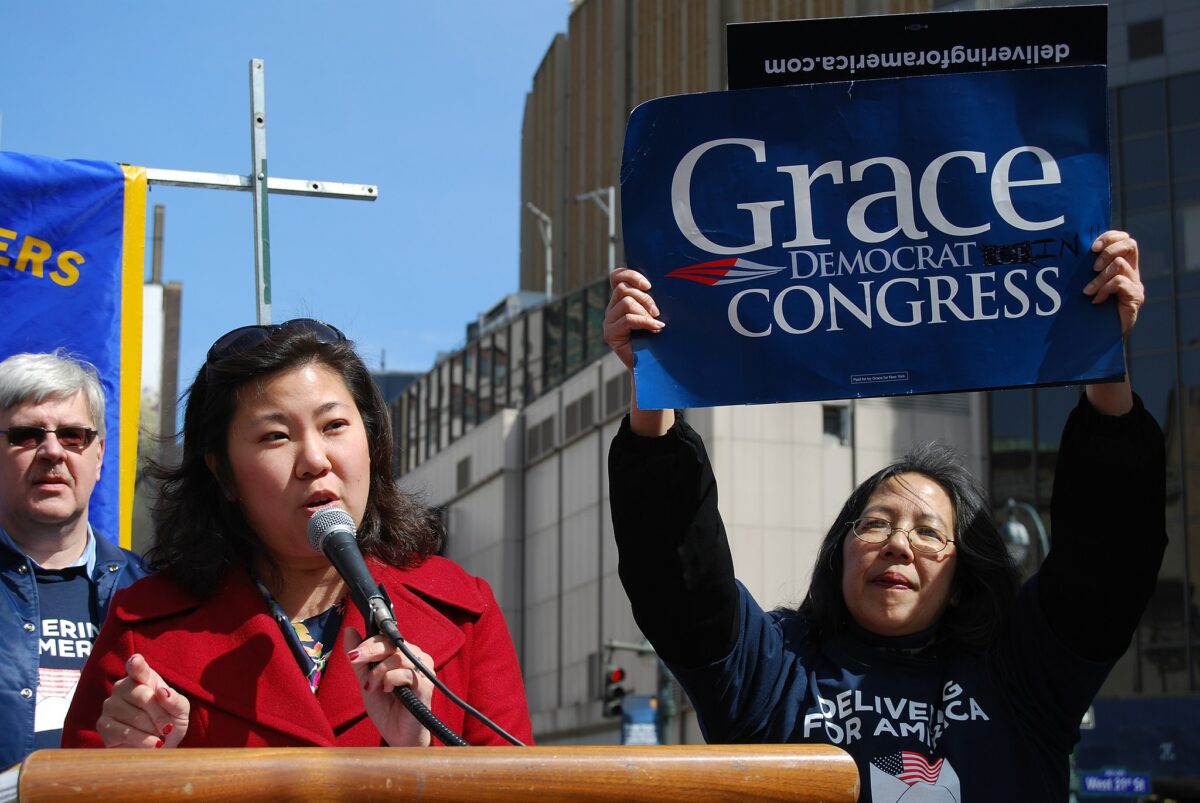 Rep. Grace Meng (D-NY) speaks at a rally organized by the National Association of Letter Carriers as part of their "Delivering For America" campaign. (Thomas Altfather Good)

Details: Meng is being challenged for the first time since being elected to office in 2012. The four-term incumbent, who also serves as vice chair of the Democratic National Committee, has outraised her three challengers — Sandra Choi, Matthew DiBono and Melquiades Gagarin — by over $900,000, according to the most recent FEC filings. Because of the COVID-19 pandemic, New Yorkers will receive mail-in ballots ahead of the state’s June 23 primary.

Background: Meng is a member of the powerful House Appropriations Committee and its state, foreign operations, and related programs subcommittee, which deals with allocating funds for Israel. She was the first member of the New York congressional delegation and the second Democratic member of Congress to announce her opposition to the 2015 Iran nuclear deal.

Committed friends: “We’re thrilled to endorse these inspiring and diverse Democratic women who are effective leaders and strong advocates for the U.S.–Israel relationship. We look forward to helping them win their elections,” DMFI President and CEO Mark Mellman, whose polling and consulting firm counts Gómez as a client, said in a statement to Jewish Insider. “Supporting a strong U.S.- Israel relationship is wise policy and election results across the country demonstrate that it’s also good politics.”