Ethan Bronner explores the evolving relationship between Israel and America 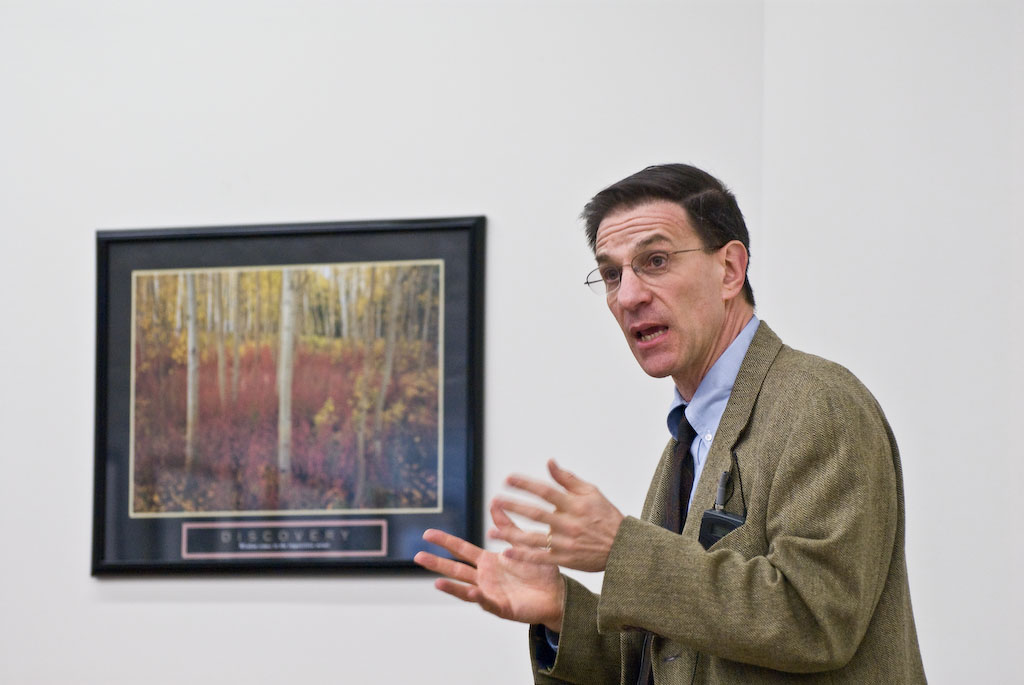 In The New York Review of Books, Bloomberg senior editor Ethan Bronner delves into the relationship — sometimes warm, sometimes fraught — between Israeli and American Jews. Looking at recent books by Daniel Gordis and University of Pennsylvania professor Amy Kaplan, Bronner draws on his own observations and experiences reporting from Israel to gauge the state of relations between the Jewish diaspora and the Jewish state.

“Gordis and Kaplan represent two main strands of the uneasy, polarized discourse about Israel that has emerged in the past decade. Gordis, an American-born-and-educated Israeli scholar and a Conservative rabbi, scolds American Jews for criticism he views as either misguided or naive. He wants them to find common cause again with Israeli Jews. Kaplan, a professor of American studies at the University of Pennsylvania and a critic of Israel, wants virtually the opposite. By exposing the cultural forces that have drawn the two countries close, Kaplan hopes that Americans, Jewish and otherwise, will stop seeing their bond with Israel as unbreakable.”

How trends among U.S. Jews will mitigate the rift: “My broad view is that the left in the United States, and that’s focused often on campuses, is angry about Israel. And that is likely to remain true. I don’t think that the American Jewish community in 10 or 20 years will be as defined by the left as it has been in recent decades,” Bronner told JI. “The left will continue to be angry about Israel. I don’t think there will be a viable Palestinian state soon. I do also feel that we can’t go on forever but it’s going on for a pretty long time. I don’t think that the American Jewish community is going to divorce from Israel. What I’m arguing is that it is able to adjust partly because it is shifting — the organized Jewish community — more to the right/center right, and away from a kind of secular humanism toward a more Jewish identity.”

Family ties: Bronner notes that the increasing number of Israelis raising families in the U.S. has developed a generation that feels connected to Israel. “There are some hundreds of thousands…[of Israelis living in the U.S.] and what I see is — well, we’re in the coronavirus era — but normally when there’s air travel, there’s a lot of interchange, a lot of movement back and forth. And a lot of those Israelis stay [in the U.S.] and have kids,” Bronner said, noting that many of those offspring then spend time in Israel in various capacities, including for army service. “There’s a lot of back and forth and… although many of them may be liberal themselves, politically, they’re very tied to Israel and I think that it’s influencing the American Jewish attitude toward Israel in a positive [way]… in the sense that they’re very focused on Israel and they keep Israel more central than non-Israeli-American Jews might.”

Coming into the modern era: Bronner — who lived in Israel from 1991-1997 and then again from 2008 to 2012 — explained that Israel underwent massive economic changes in the early 1990s, shifting from a largely agrarian society to one that was more focused on the tech sector. After that, he said, Israel hit its stride, changing not only the economy but the way the Jewish state interacted with the rest of the world. “Of course the digitalization of the world economy fit perfectly into Israel’s abilities, because it had tried to make it as a kind of agricultural power. That did not work at all,” Bronner said, citing the kibbutz movement. “Once it became possible to create software, then the Israelis really took off. And it didn’t matter that there was hostility around them; they could leapfrog economically and digitally to Europe, the U.S., Asia and South America. Of course, now we see this additional factor, which is that the big powers in the region — not Iran and Turkey, but the Arab powers in the region — are slowly making their peace with Israel.”

What a Democratic win in November could mean for the U.S.-Israel relationship: “I don’t think there’ll be a 180-degree turn,” he said. “Let’s assume for the moment that a Democrat means [former Vice President] Joe Biden. Joe Biden has, certainly, a fairly different attitude toward the conflict than Donald Trump. But I don’t think, given the changes of the last decade, he’s likely to revolutionize our policy there. He’s likely to be angry about settlements, issues regarding the West Bank and Gaza and so on, and try to do something different, but it’s just not that important an issue anymore. There’s just so much other stuff that is central to American foreign policy. Even in the Middle East, the Iran-Saudi issues are just far more important,” Bronner told JI. “Israel’s role as a source of intelligence in cooperating with some of the Arab states has also altered how much American policymakers are going to make an issue out of the Palestinian question… The moral concerns about the treatment of Palestinians remain as they ever were, but the geopolitical ones have shifted.”