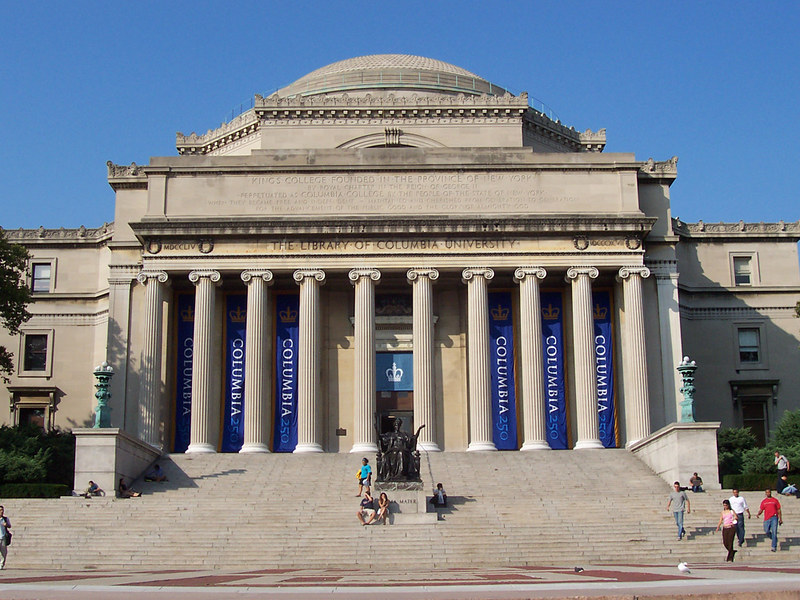 Columbia University will hold a campus-wide referendum on the Boycott, Divestment and Sanctions movement in early April, the first time BDS will be brought to a vote by the New York school’s entire student body.

Background: Past efforts to pass anti-Israel legislation on the campus have been limited to the school’s student government. In 2018, students at Barnard College, which is affiliated with Columbia, voted 64-36 in a referendum to divest from eight companies that operate in Israel.

Speaking out: In a statement denouncing antisemitism released last week, Columbia President Lee Bollinger addressed the upcoming vote, calling the BDS movement “controversial.” Bollinger noted that “hard-fought debates about very real and vital issues” can quickly shift “to hostility and even hatred toward all members of groups of people.”

Nod of approval: Academic Engagement Network executive director Miriam Elman, whose organization works within academia to strengthen faculty opposition to BDS and promote free expression on campus, told JI she was pleased with Bollinger’s statement. “Strong campus leaders reinforce the university’s values, and this is what President Bolliger did in his statement,” Elman told JI. “President Bollinger helpfully took the opportunity to place the referendum question within the larger context of BDS, noting that this movement often crosses the line from legitimate criticism of Israeli policy to ‘hostility and even hatred’ toward Jews.”

Coronavirus conundrum: The voting period is scheduled for April 4-8, coinciding with the beginning of Passover. University officials announced earlier this week that the school would shift to online courses for the remainder of this week ahead of Columbia’s spring break. While voting is still scheduled to take place on time and online, it is unclear whether in-person classes will resume on campus for the remainder of the semester. Students at a number of top-tier universities, including Stanford, Harvard and Yale, have been asked to leave campus and have not been given a confirmed return date.

Happening simultaneously: A new campaign, calling on the Columbia community to unite in opposition to Palestinian Authority payments to the individuals responsible for the murder of Sara Duker, a Barnard College alumna who was killed in a 1996 terror attack, recently launched on the campus.